The Edwin Forrest House was built in the 1850s for William Gaul, a successful brewer. Today, the home is most associated with Edwin Forrest, an actor who was regarded as one of the finest performers of his era. Forrest bought the home shortly after it was completed and lived there until his death in 1872. For many years afterward, the building housed the Philadelphia School of Design for Women. The building, which is listed on the National Register of Historic Places, is currently home to the New Freedom Theatre, an African American theater company established in 1966.

The Edwin Forrest House, by Ryan McManus, courtesy of Curbed (image reproduced under Fair Use) 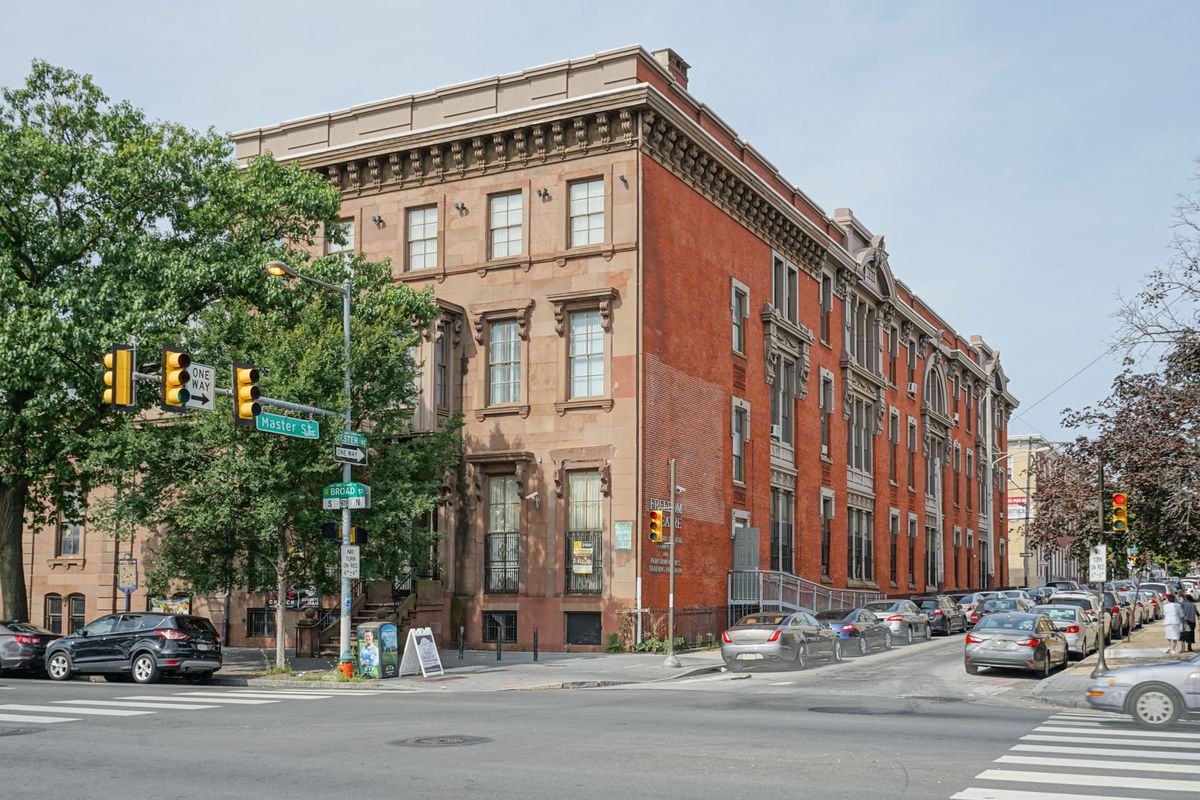 The mansion as it appeared in 1863 (public domain) 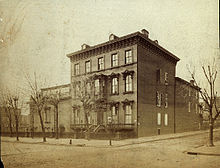 Photo of Edwin Forrest by Matthew Brady, courtesy of The Cultural Critic (image reproduced under Fair Use) 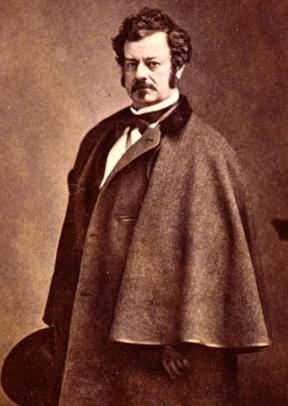 Built in the mid-1850s, the Edwin Forrest House is one of the first mansions built along Broad Street in Philadelphia. The Italianate mansion was built by Stephen D. Button for William Gaul, who became wealthy as a brewer. Edwin Forrest purchased the home shortly after it was completed.

Forrest was regarded as one of the finest tragedians of his day. By the standards of the mid-nineteenth century, Forrest was a celebrity. Much like the celebrities of the twenty-first century, he was the object of gossip and he generated more than a few controversies regarding both his personal and public life. Forrest was also involved in politics and was regarded as an American patriot. The rivalry between Forrest and English-born actor William Macready led to the Astor Place riot in 1849, in which 22 people were killed.

Forrest lived in the mansion until his death in 1872. In 1876, the Theodore Thomas Orchestra used the building for summer evening garden concerts, but otherwise it remained vacant until 1880 when it was purchased by the Philadelphia School of Design for Women.

The school's origins date from several decades earlier, when Sarah Worthington King Peter established drawing classes in her home, seeking to provide vocational training for women. As the classes grew, Peter briefly merged with the Franklin Institute, then established the Philadelphia School for Design for Women in 1853. In addition to educating women in industrial and fine arts, the school sought to decrease dependence on foreign schools of art training. The Collins mansion was the home of the school from 1863 until its purchase and demolition by the Pennsylvania Railroad in 1880. The school added a significant addition to the rear of the building to house art studios, designed by James H. Windrim. Principals of the school included Elizabeth Cloasdale and Emily Sartain, and prominent graduates included Jessie Willcox Smith, Lucille Howard, and Esther K. Hayhurst.

In 1932, the school merged with the Moore Institute of Art, Science, and Industry (later the Moore College of Art), but continued to occupy the mansion until circa 1959-1960. Thereafter, it began to be used as a youth community center.

Since 1968, the building has housed the New Freedom Theatre, founded in 1966 and the oldest African American theater in Philadelphia. Numerous classes and performances are offered in the building each year.