Established in 1742 by Peter Grubb, the Cornwall Iron Furnace is the only surviving and intact charcoal blast furnace in the Western Hemisphere. The furnace gradually expanded over its 141 years of operation and was used to produce iron nails and a variety of tools, as well as weapons and ammunition for the Continental Army during the Revolutionary War. The furnace passed to the Coleman family in the late 18th century and grew during the 1850s. Today, the site of the furnace is home to a visitor’s center and museum administered by the Pennsylvania Historical and Museum Commission. The site’s blast furnace and support buildings are open for guided tours throughout the year. The furnace was designated a National Historic Landmark in 1966 and the entire site a National Historic Landmark District the same year.

Contained within this complex are the furnace, charging room, visitor's center, and casting house. 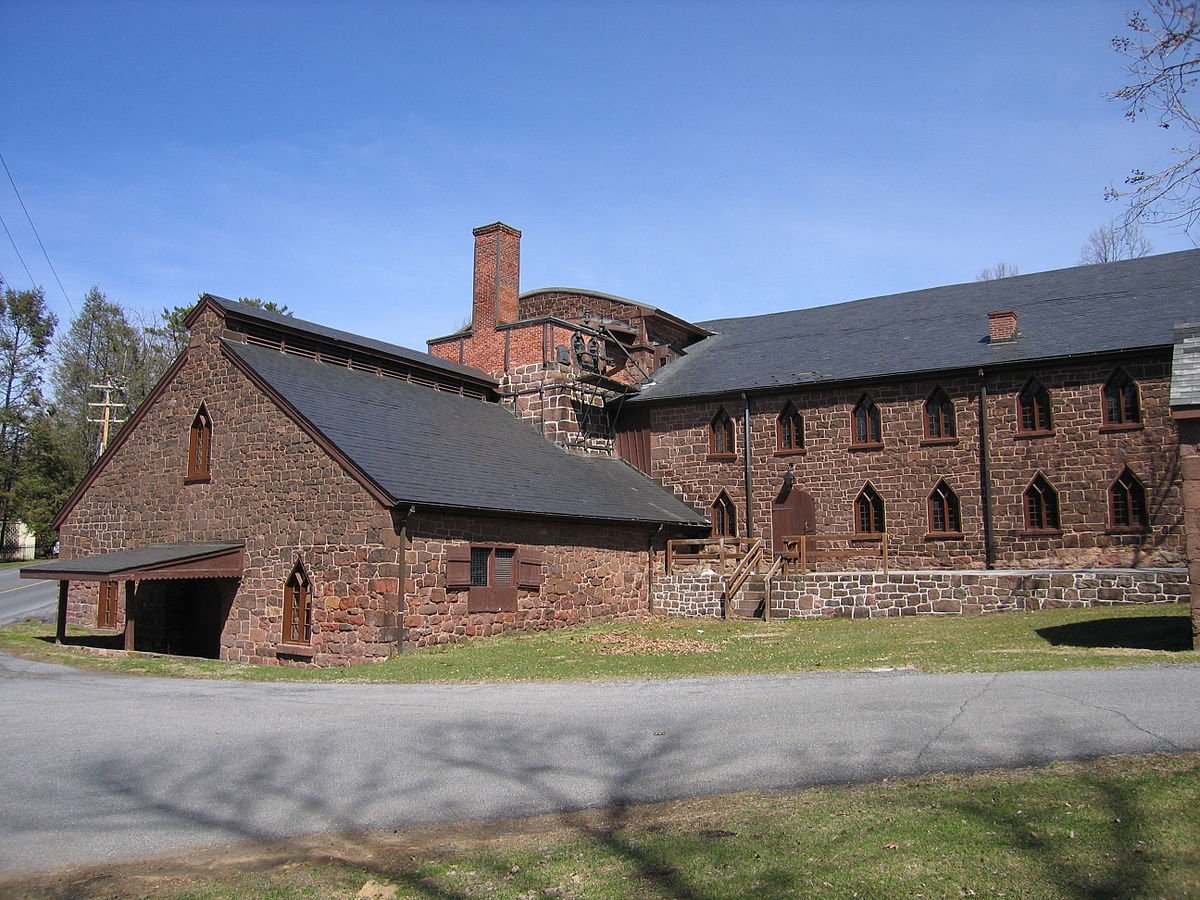 The base of the furnace, or casting house. This is where molten iron was tapped from the furnace twice a day and poured into molds or turned into pig iron. 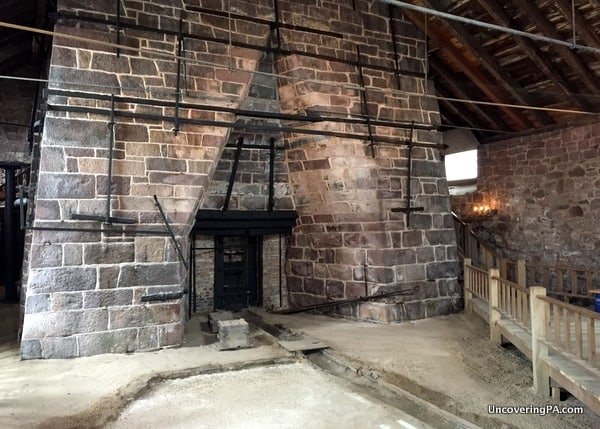 The site also includes various out buildings such as the abattoir, or smokehouse and butcher shop. 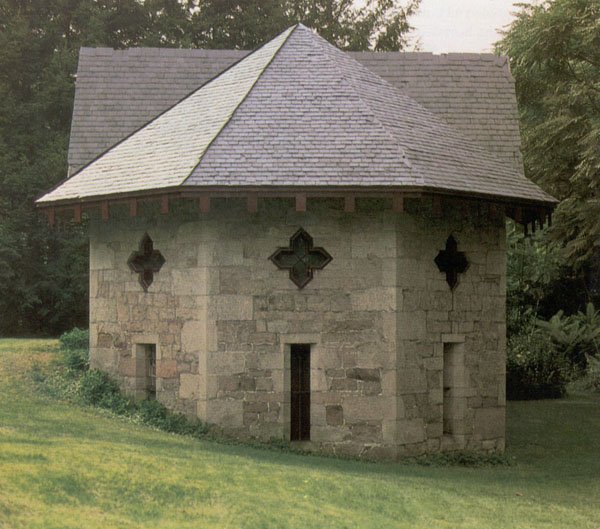 Also on site is the Iron master's house, or Buckingham Mansion with parts that date back to 1865. 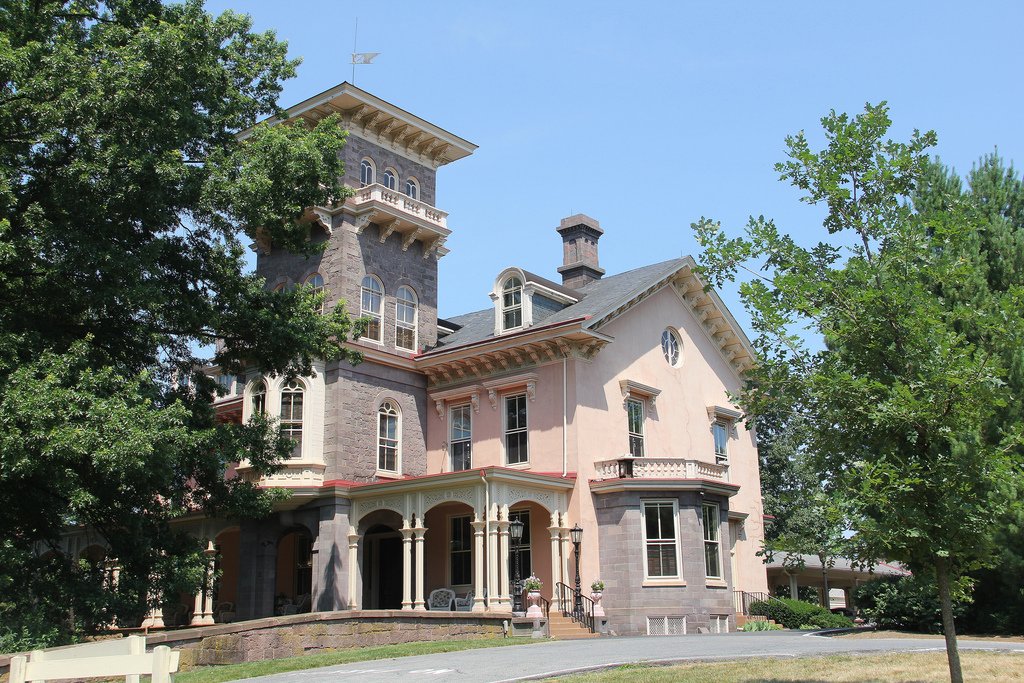 The Cornwall Iron Furnace as it looked c. 1865. 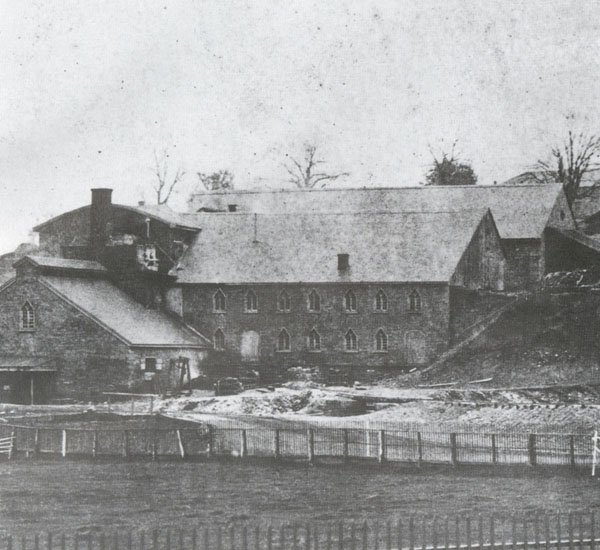 Stonemason, Peter Grubb, arrived in the area after purchasing 300 acres of land in 1734.  In search of building materials, Grubb discovered a great reserve of iron ore (in the form of magnetite) near the surface. Grubb also realized that the area had all that was required to produce iron; iron ore, limestone, lumber with which to produce charcoal, and running water to power the bellows. Grubb had a bloomery (a crude, low-temperature furnace) up and running by 1737. He then replaced it with a 32-foot, charcoal-fueled blast furnace by 1742 and named his forge the Cornwall Iron Furnace after the English town of the same name.

Grubb died in 1754 and the furnace passed to his two sons, Curtis and Peter Jr.  The sons created what was then called an iron plantation as they expanded operations despite England’s Iron Act of 1750 which sought to restrict iron production within the colonies.  The production of iron requires a great deal of labor to, not only operate the furnace, but to cut the trees, create the charcoal, mine the ore and limestone, transport all these items to the furnace, build the molds, and fashion the iron products or pig iron.  As a result, the Grubbs employed three forms of labor: free workers, indentured servants, and slaves.  Slavery was legal in Pennsylvania until it was gradually permitted to die off after the importation of slaves was banned in 1780.

The Grubbs maintained control of the furnace until they were gradually bought out by iron magnate, Robert Coleman, in 1798.  Coleman went on to become one of Pennsylvania’s first millionaires.  The Coleman family expanded operations and renovated the furnace and buildings in the mid-1800s.  At its peak, the furnace was run around the clock by 60 workers laboring in 12-hour shifts.  Add the clerks, teamsters, woodcutters, colliers (who produced the charcoal), farmers, and household servants and the Colemans created their own form of a feudal economy, to include employee housing.

However, by the 1880s, the charcoal-fired blast furnace was obsolete.  Along came the open-hearth and Bessemer processes to produce iron’s replacement, steel, and the Cornwall Iron Furnace closed in 1883.  Iron ore was mined on the property until 1973.  Eventually, Margaret Coleman Buckingham donated the furnace, support buildings, and land to the state in 1932 and it has been open to the public ever since.

Today, visitors can tour the various buildings that comprise the Cornwall Furnace.  These buildings include the charcoal barn (which houses the visitor’s center and museum), stables, wagon shop, casting house, charging room and blacksmith shop.  They can also examine its elaborate blowing apparatus which included its Great Wheel, a four ton and 24-foot diameter steam-powered wheel that pumped air into the furnace.

Cheney, Jim.  "Visiting the Cornwall Iron Furnace to Learn About its Industrial Past."  Uncovering PA.  May 4, 2018.  Accessed January 24, 2019. https://uncoveringpa.com/visiting-cornwall-iron-furnace