Estrada Courts Housing Projects finished construction in 1942. They were built to provide space for the increasing population of the time. Estrada Courts were one of the few projects which were non-segregated. After World War II Estrada Courts saw an increase in diversity with its occupants, leading toward its expansive murals. These murals came about as an act of passive activism, to break down stereotypes of Latin American minorities. They are prided for their link to the Chicano movement of the 1970s and are currently maintained and restored by group efforts.

One of the notable murals from the Estrada Courts Projects stating, "We are Not a Minority!!" 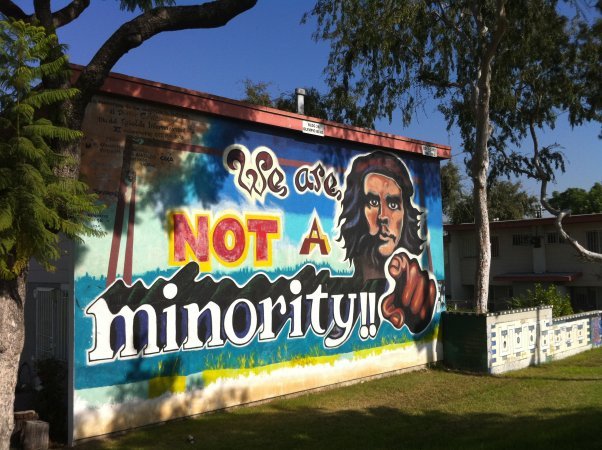 One of the Estrada Courts murals depicting Presidents Lincoln and Kennedy. 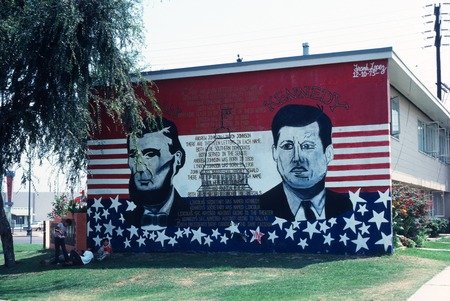 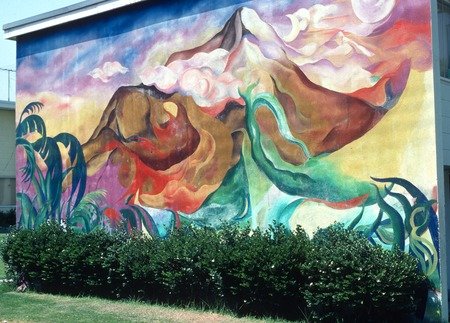 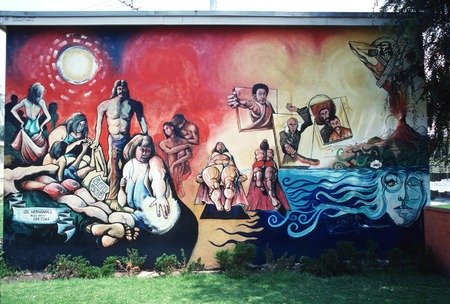 Estrada Courts' mural "Give Me Life" painted by Charles "Cat" Felix and the Children of the World. 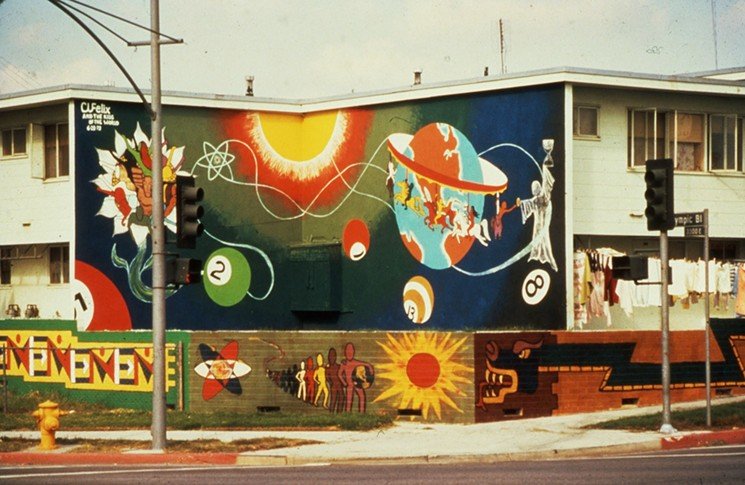 Estrada Courts Housing Projects were the first of many garden apartments completed as of request by the Housing Association of the City of Los Angeles, in 1942. Garden apartments are built with the intention of providing a large amount of open space for its occupants.

Even though it went against their instructions, the Housing Association of the City of Los Angeles kept Estrada Courts and nine other projects non-segregated. During World War II Estrada Courts gave priority to defense workers and families who struggled to maintain living conditions. In the post-war era, the projects welcomed other civilians as its occupants, a decision which created a wealth of diversity within Estrada Courts.

Form the diversity of Estrada Courts occupants came various murals depicting their heritage, ethnic background, and events of the era. Many of these murals emerged amidst the height of the Chicano movement as passive forms of advocacy for Latin minorities. Due to this Estrada Courts and its murals are highly associated with Chicano culture.

A highlight of Estrada Courts’ murals is the piece Give Me Life. The piece was painted by Charles “Cat” Felix and the Kids of the World. The painting depicts life as a game, with pool balls as planets, and the earth a carousel. The mural is 18 feet high and 46 feet wide. Being painted on dihedral walls gives the piece depth and inviting nature.

Presently there is desire and concern for these murals to be kept in presentable condition. Since the 1970s Estrada Courts’ murals have weathered and been victim to vandalization. To preserve these pieces and the culture they represent organizations have taken on the responsibility of preserving and restoring them.