Constructed between 1889 and 1895 for the family of George Washington Vanderbilt II, the Biltmore remains the largest privately-owned home in the United States. the estate includes 250 rooms, including 35 bedrooms for family members and guests. The home was equipped with a refrigeration plant that could produce ice and a dynamo that produced electricity from its opening in 1895. The property is still owned by the Vanderbilt family and operates as one of the leading tourist attractions of North Carolina. Visitors to the estate have the option of several ticketed guided tours as well as a self-guided tour of certain areas of the estate with a paid admission.

This Gilded Age mansion was constructed between 1889 and 1895 for the grandson of Cornelius Vanderbilt. 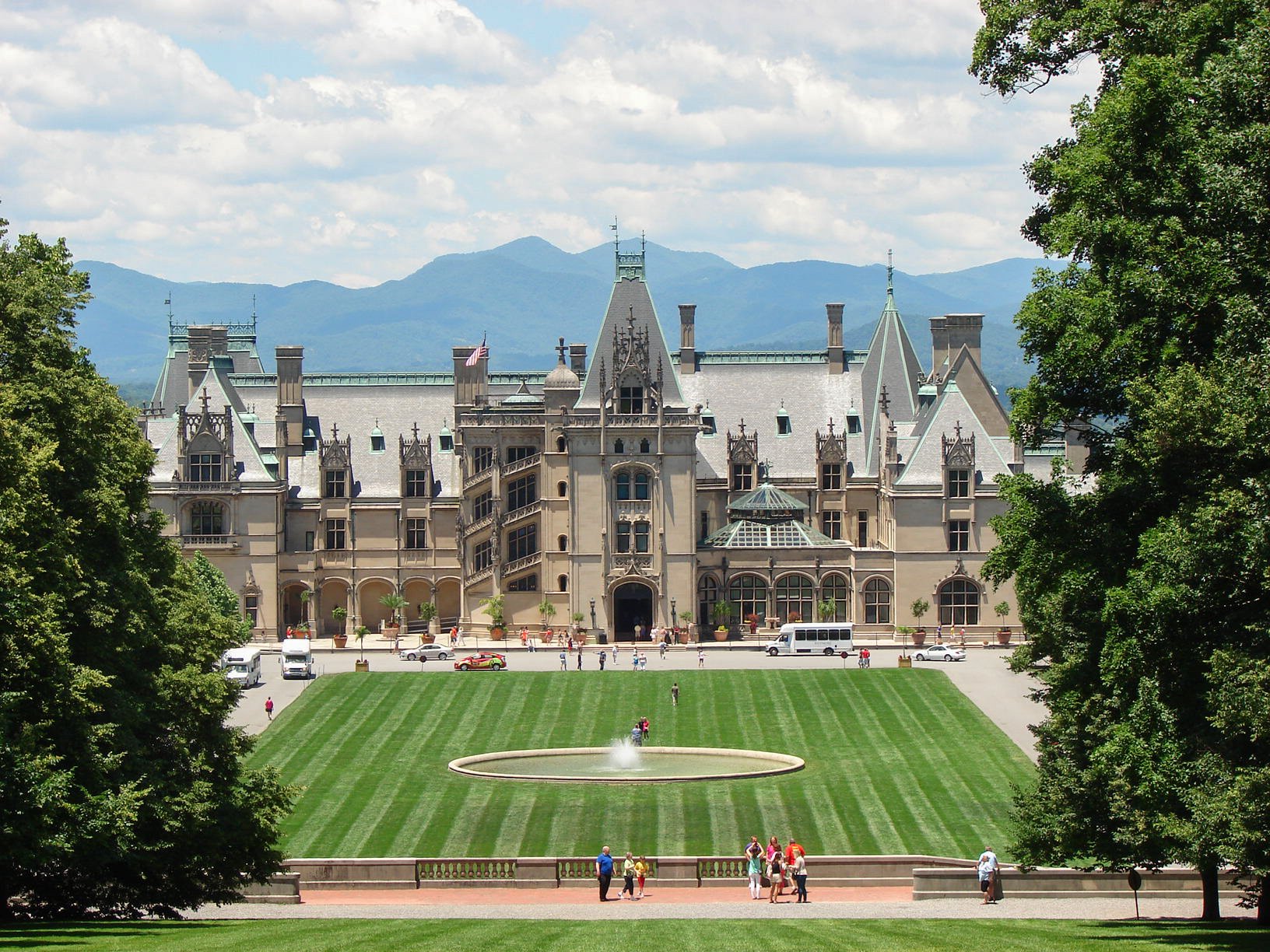 Tours of the Biltmore include the grounds and many of the rooms, including George Vanderbilt's master bedroom 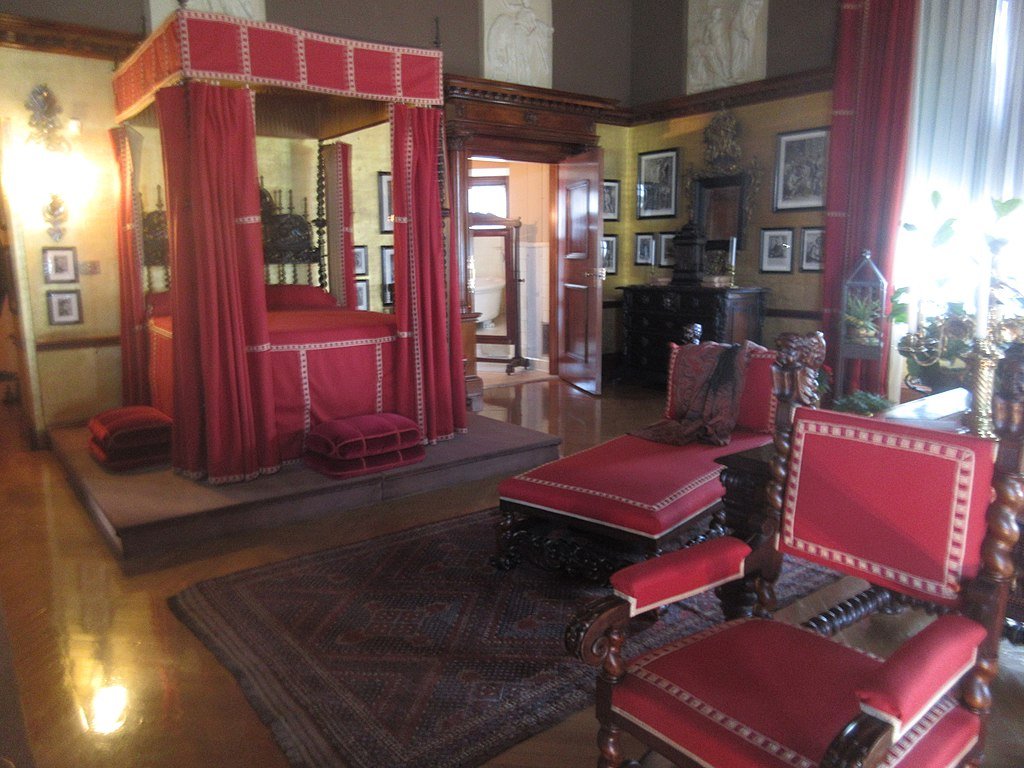 Biltmore in 1900, photograph from the Library of Congress. 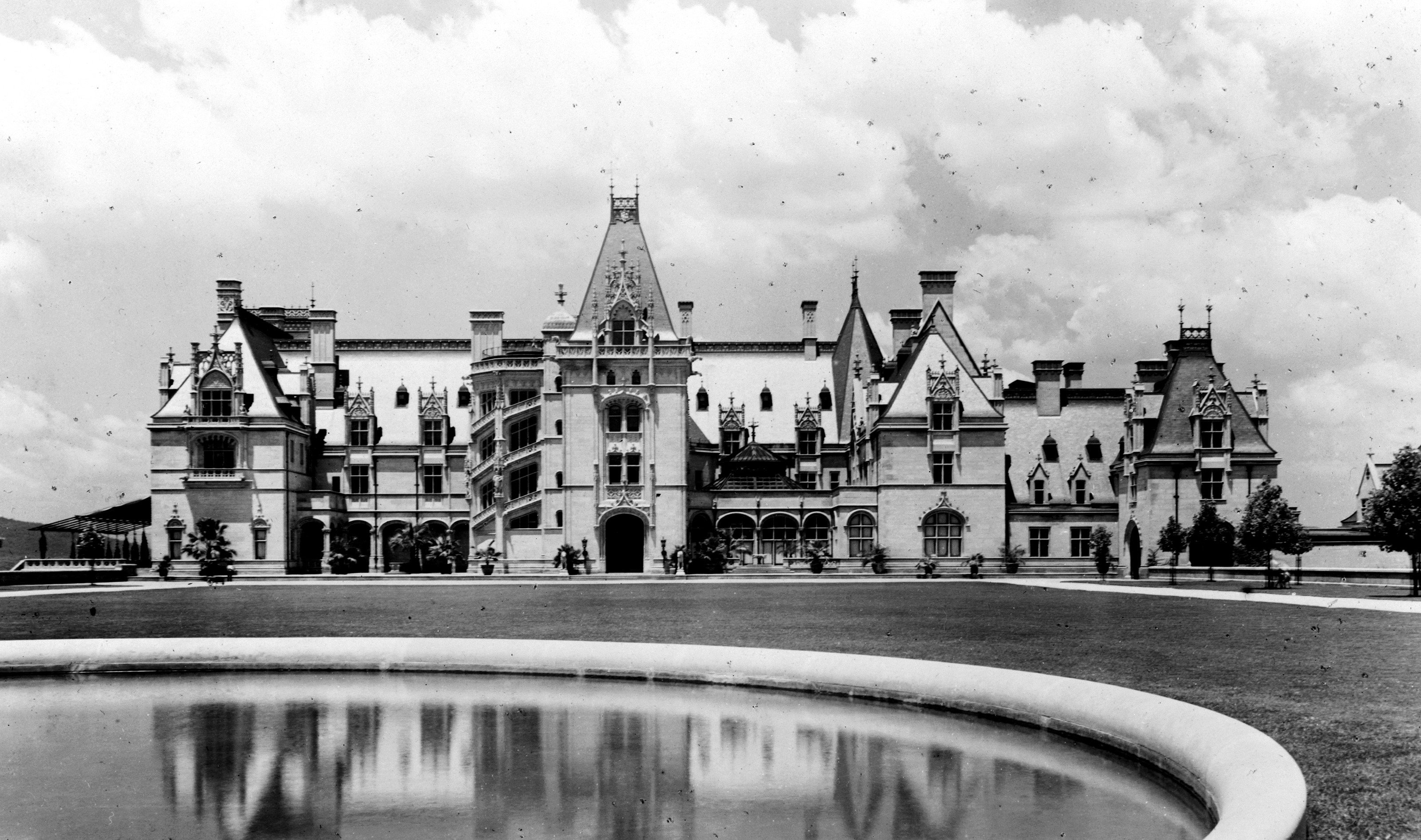 Cornelius Vanderbilt amassed a vast fortune in the transportation industry and willed most of his $100 million fortune to his son William Henry Vanderbilt. George W. Vanderbilt, the youngest child of William, doubled that inheritance through investments and left most of that fortune to George's older brothers. George still inherited millions and amassed an even larger fortune by 1888 when he hired architect Richard Morris Hunt to design this 250-room mansion modeled after the Chataeu de Blois in France's Loire Valley.

Cornelius Vanderbilt was the son of a ferry operator who left school early to operate a small sailing vessel as a ferry, transporting passengers between Staten Island and Manhattan at the age of eleven. The ambitious boy saved his profits and began working for Thomas Gibbons, a larger ferry operator who successfully sued an even larger company that had been granted a monopoly by the state legislature. That lawsuit, Gibbons v. Ogden, became a landmark Supreme Court case that established that the federal government, not state governments, had the power to regulate commerce between states.

Vanderbilt later operated Gibbons's ferry and used his profits to acquire numerous steamboats and eventually his own fleet of oceangoing vessels. Vanderbilt invested heavily in the construction of some of the most successful railroad companies and soon became the primary stockholder in some of the largest rail companies in the state of New York. Vanderbilt donated a small portion of his growing fortune to charity, including the creation of Nashville's Vanderbilt University. At the time of his death in 1877, Cornelius Vanderbilt was the wealthiest man in America. He left most of his fortune to his son William, the father of George Washington Vanderbilt who constructed this home.

Cornelius Vanderbilt left money for his other sons and daughters, leading to the construction of numerous mansions in New York and New England. This mansion was the largest of the Vanderbilt estates and one of only a handful of the family's 19th-century mansions that remain.

One of the most compelling aspects of the tours includes learning about the family members and the many famous guests who stayed at the Biltmore. Although the public tours do not include the basement, this was the heart of what made the mansion so unique as staff could produce ice throughout the year and the electric system was devised with the personal assistance of Thomas Edison. Household electric systems and devices were still being developed, so the system utilized both alternating and direct current.

Croffut, W. A.. The Vanderbilts and the Story of Their Fortune. New York: Arno Press 1975.