Washington College and Jefferson College merged in 1865, and had their first library in 1905. The sandstone and brick building was the location of thousands of books, including some of the original donations from Ben Franklin. The building also contains the names of many historical authors and writers, such as Shakespeare and Moliere, engraved around the top of its outside walls. The building was a gift from William R. Thompson and served its purpose as library for 60 years until the U. Grant Miller Library was opened in 1965. Thompson Hall is now home to the offices of the Registrar, Academic Affairs, Business and Finance, and Human Resources. 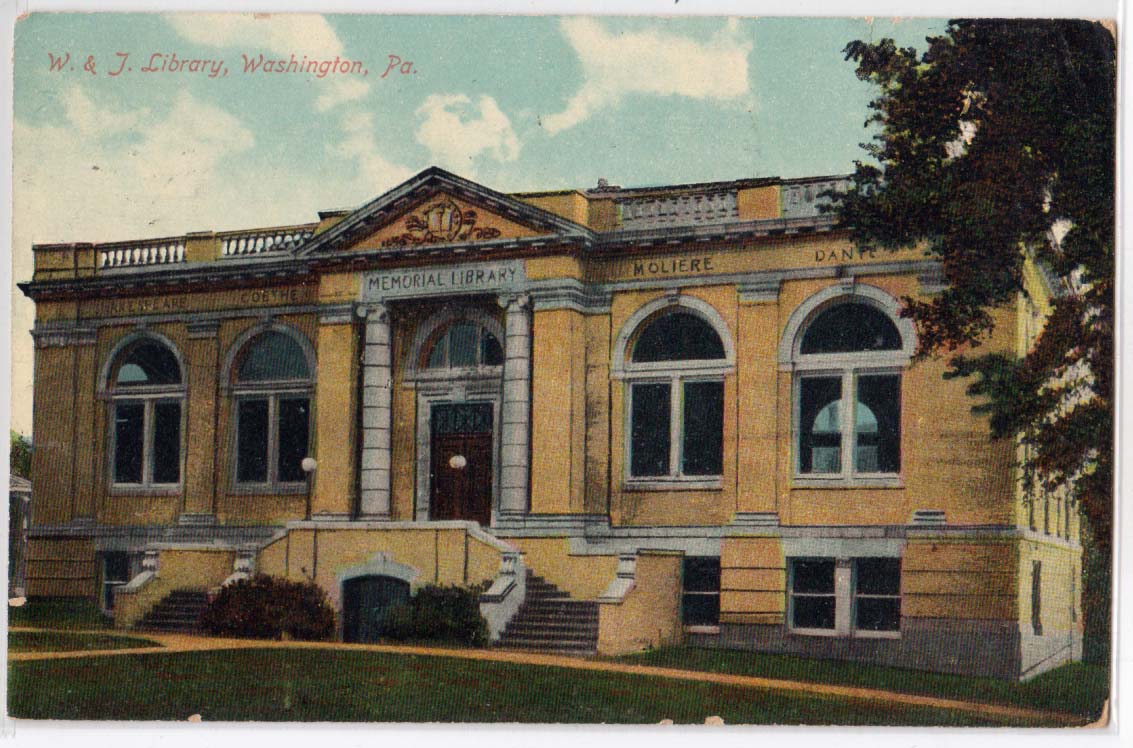 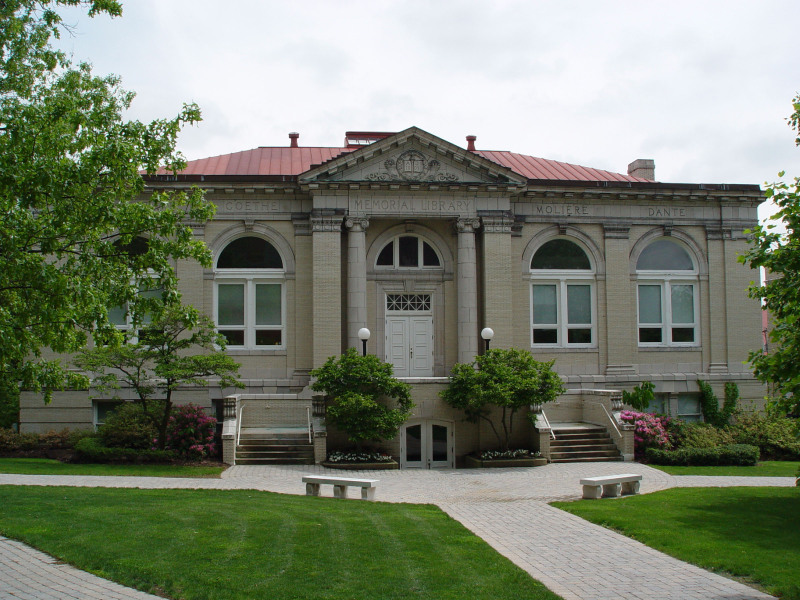