Constructed in 1882, the B&O Washington Station is notable for its heavy rusticated stone base and broad overhanging roof. The station is a great example of a small town station built in shingle style. B&O’s long-distance passenger trains were discontinued in 1971 when the National Railroad Passenger Corporation took over intercity passenger service. It continued limited commuter service between Washington, D.C., and Pittsburgh until 1980. Upon completion of the renovation efforts in the 1990s, the station became the new home of the Washington County Tourism Promotion Agency. The station is currently occupied by the University of Pittsburgh Small Business Development Center. 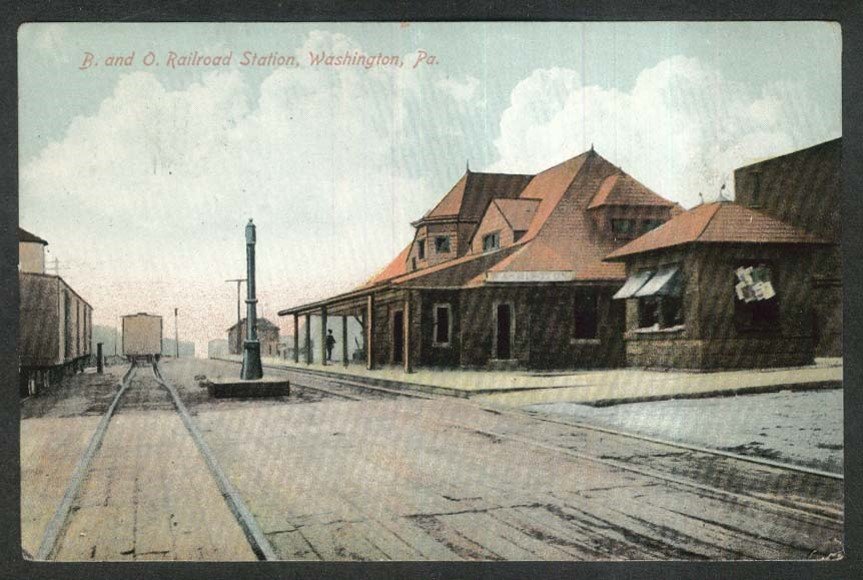 Current Day B&O Railroad Station after renovation. Still in use by the University of Pittsburgh Small business Development. 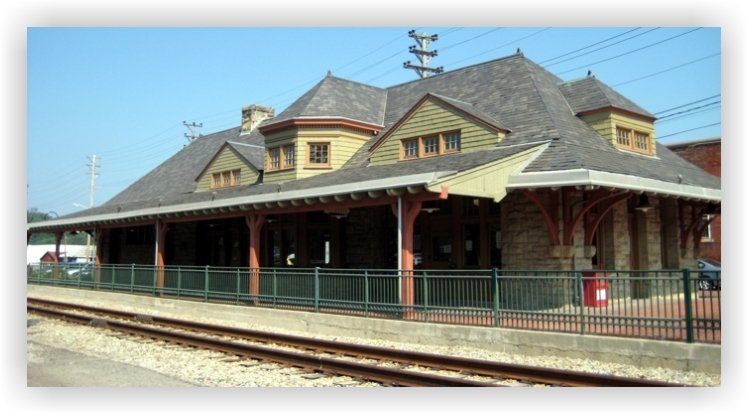