Yale Divinity School (YDS) has its roots in the founding of the university itself. The founders of Yale College in 1701 envisioned that their institution would prepare graduates for work in public service and Christian ministry. Initially, students hoping to go into ministry simply studied under Yale's general curriculum, but later decades saw greater specialization. A dedicated professorship in Theology began in 1822. During the 1830s, a campus was built to serve Divinity students--the location is now Yale's Old Campus. Sterling Divinity Quadrangle, a Georgian Colonial-style complex on Prospect Street, opened in 1932. Today, YDS is non-sectarian and interdenominational, though it is perhaps best known for expertise in Christian traditions and maintains an affiliation with an Episcopal seminary. 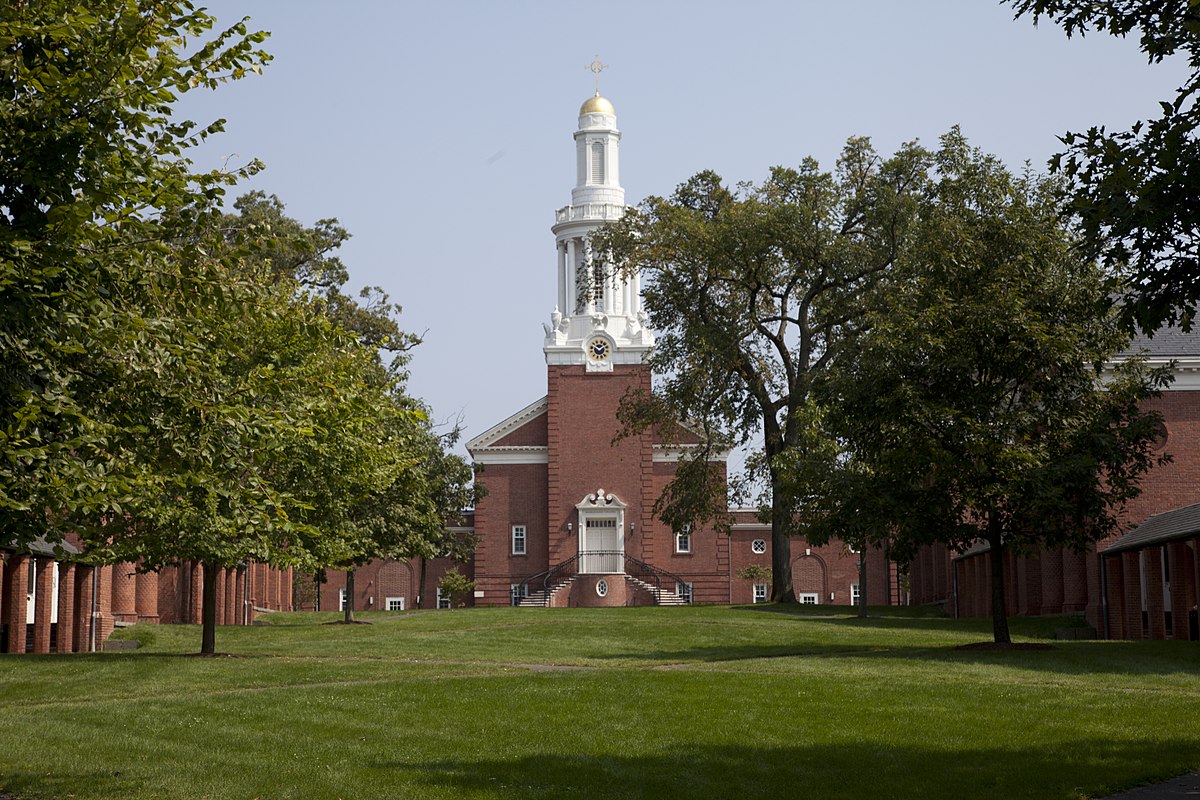 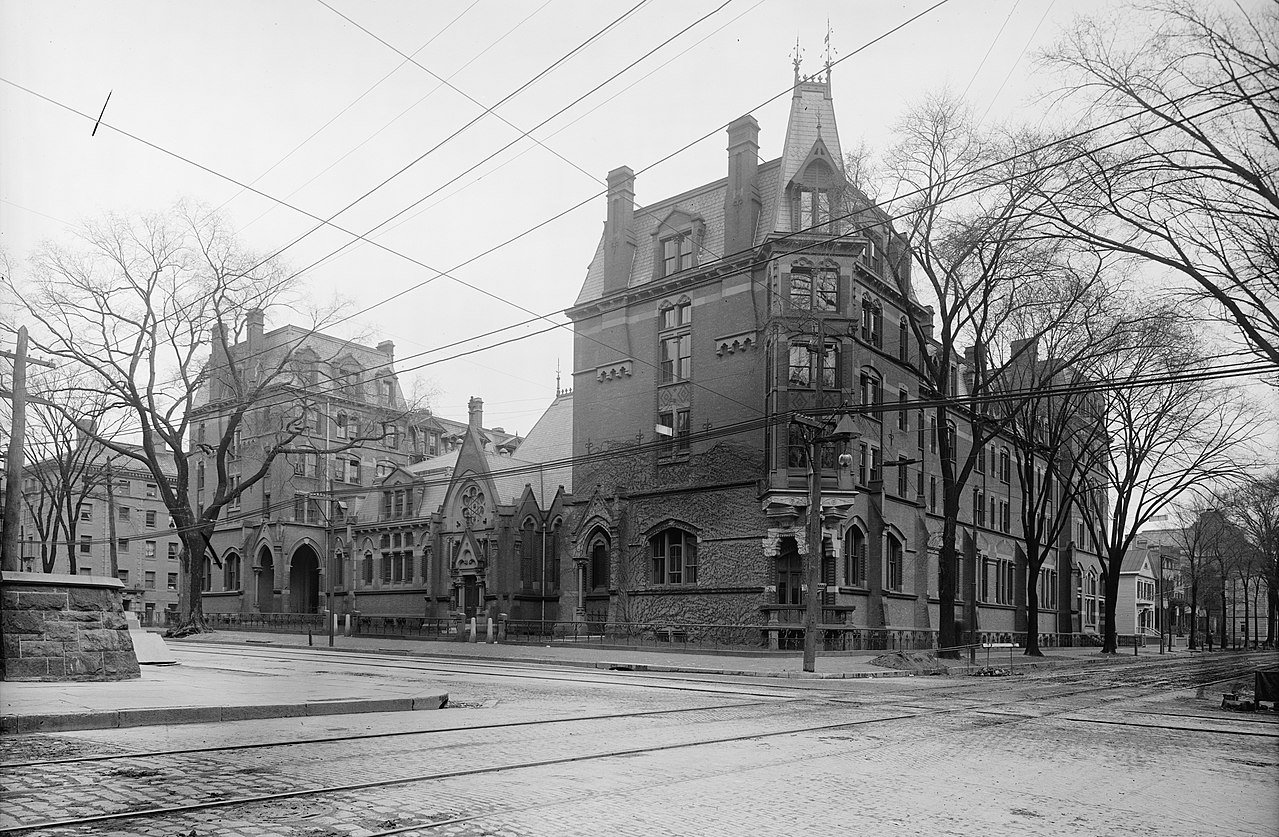 Timothy Dwight IV, President of Yale from 1795 until 1817, helped to establish a dedicated Divinity School in 1822.

Early Divinity School classes took place in classrooms over the University chapel, but by the 1830s, Yale had decided to provide a dedicated Divinity School campus. Nevertheless, Yale Divinity School struggled during the 19th century as enrollment declined and faculty members retired or died. Timothy Dwight (grandson of the aforementioned Dwight) worked to sustain the school during the difficult decades of the 1850s-60s. He sought out funding sources and recruited new faculty to revitalize the school.

In 1869, construction began on a new campus, this time located at the intersection of College and Elm Streets. Divinity Hall was located on the site that is now Grace Hopper College. In 1871, the cornerstone was laid for the original Marquand Chapel, funded in large part by Frederick Marquand.

Eventually, as enrollment numbers increased, the Divinity School outgrew its campus and moved to its current location on Prospect Street, on land purchased from the Winchester family (owners of Winchester Repeating Arms Company). William Adams Delano drafted designs for the new Divinity School campus based on the layout of the University of Virginia. He envisioned the central brick chapel--the new Marquand Chapel--as a focal point from which the rest of the campus extended. The Sterling Divinity Quadrangle opened in 1932. In the same year, the school began accepting women who wished to pursue a Bachelor of Divinity (B.D.).

YDS has been affiliated with Berkeley Divinity School at Yale since the 1970s. Berkeley is an Episcopal seminary whose students are integrated within YDS, taking classes alongside YDS students from a wide variety of faith traditions. The Institute of Sacred Music, established in 1973, is also associated with YDS.