Named after German Lutheran leader, August Hermann Francke, the Augustus Lutheran Church was built between 1743 and 1745. That construction date makes the building the oldest unaltered Lutheran church in continuous use within the United States. The church was largely the creation of the congregation’s first permanent leader, Reverend Henry Melchior Muhlenberg who arrived in Providence, as Trappe was then known, in 1742. The simple church features a unique hexagonal design and is difficult to identify as a church due to the absence of a steeple. The church is open for tours by appointment and holds an annual Christmas Eve service as well as services throughout the summer months. It was designated a National Historic Landmark in 1967.

The Augustus Lutheran Church is often referred to as the "Shrine of American Lutheranism." 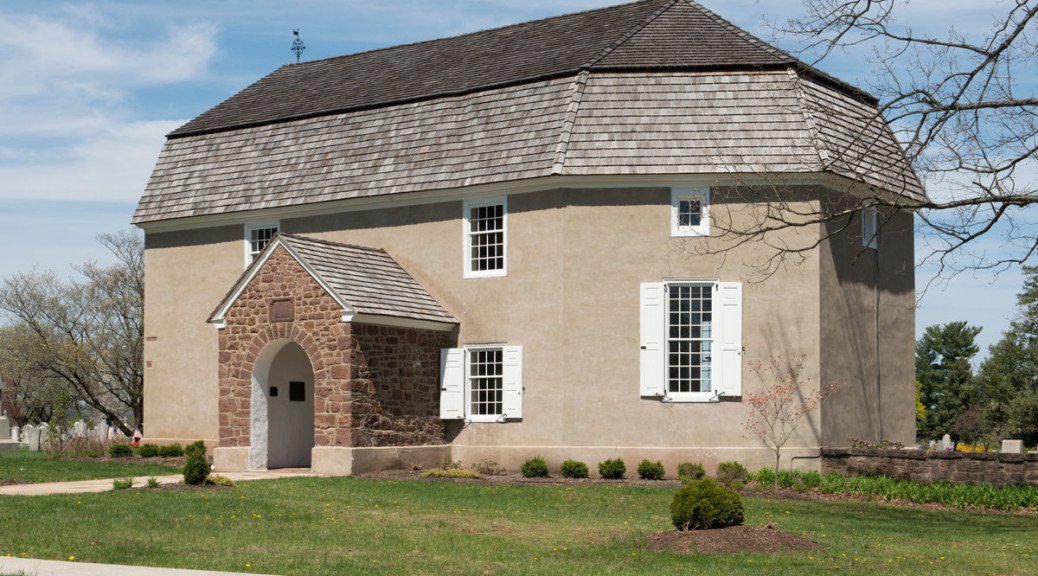 The church's interior, notice the red walnut pulpit on the left and organ loft which was added in 1752. 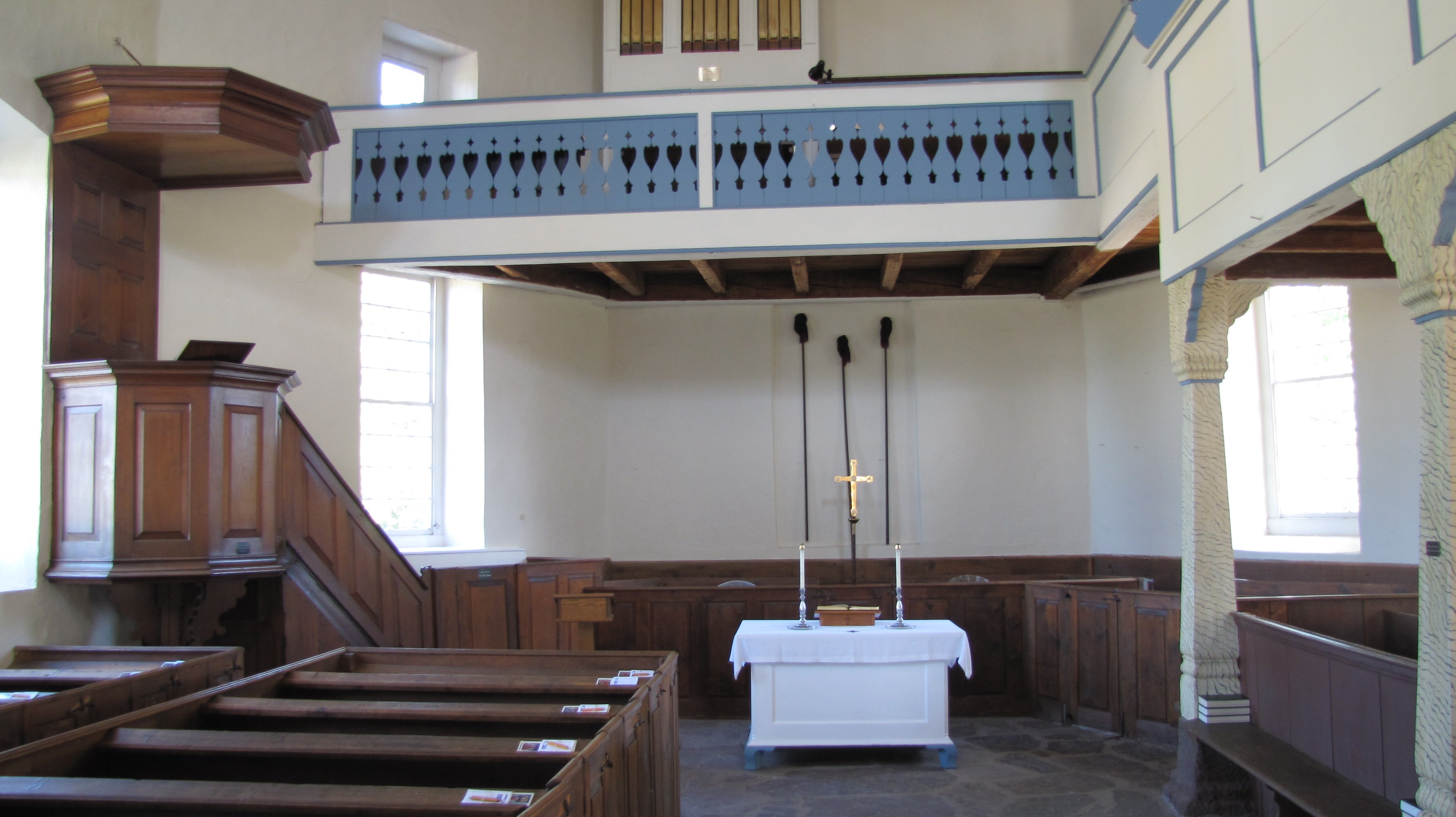 The First District Conference of the Pennsylvania Ministerium met at the church in 1887 to commemorate the 100th anniversary of the death of Henry Muhlenberg. 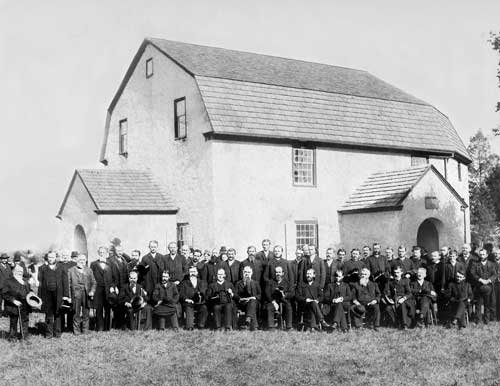 The oldest headstone in the church's cemetery dates back to 1736. 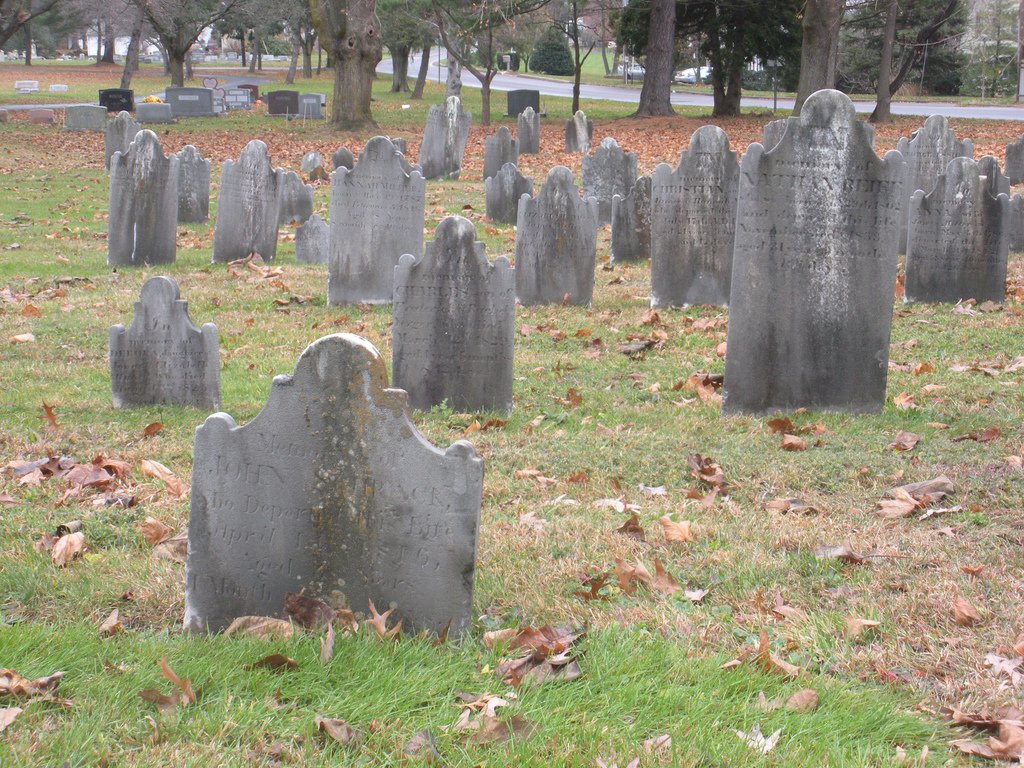 The larger brick church was built in 1852. 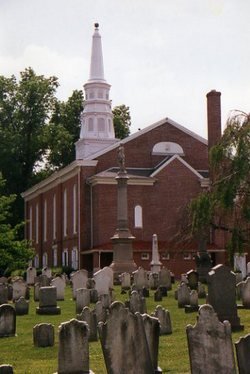 The first German settlers arrived in the area they would initially call Providence in 1717.  The Lutheran settlers were forced to rely upon questionable itinerant preachers for their spiritual needs.  They eventually appealed back to their homeland for assistance and their appeals were answered in the form of Reverend Henry Muhlenberg.  Muhlenberg began to tend to his flock upon arrival and also began to raise funds and make plans for a permanent home for his congregation.  Construction on the Augustus Lutheran Church began in early 1743.  Muhlenberg held his first service in the unfinished church in September of that year.

Constructed of locally quarried red sandstone, Muhlenberg designed a simple church that is rectangular in shape with one short end, two long sides and an opposite end that features three sides.  The interior was also constructed using local materials to include the pews.  The lone exception is its raised pulpit which is made of red walnut imported from Europe.  Oak rafters support the roof which is covered in cedar shingles.  Once the interior was completed the church was dedicated in October of 1746 and an organ loft was added in 1752.  During the American Revolution, the church grounds were used as a soldier’s camp while the church building was utilized as a field hospital.  All the while, Muhlenberg tended to his congregation until his death in 1787.

By 1814, it was decided to stucco the red sandstone to protect it from the elements and that’s the only change made to the building’s exterior.  By the mid-19th century, the congregation had outgrown its original church and a new one was built nearby in 1852.  However, the Augustus Lutheran Church was still utilized, if only on an occasional basis.  In 1860, the roof of the church was severely damaged by a storm and talk of its demolition ensued.  The church was saved, fittingly, by Henry Muhlenberg’s great grandson, Reverend William Augustus Muhlenberg who raised funds to have the roof repaired.  The church was restored to its colonial appearance in the late 1920s.

The church’s cemetery is the final resting place of numerous members of the church’s congregation, to include Henry Muhlenberg; his wife, Anna Maria Weiser; their daughter, Mary Swaine; son, Revolutionary War General Peter Muhlenberg and other members of the Muhlenberg family.  Also buried on the church grounds are former Pennsylvania Governor Francis Shunk and U.S. Congressmen Jacob Fry Jr. and Samuel Gross.  There is also a memorial within the cemetery dedicated to the unknown Revolutionary War soldiers buried there.  Today, the church is open for services every Christmas Eve and Sundays during the summer months.

Tours by appointment. Open for Sunday services during summer months and Christmas Eve.