This beautiful Italianate home was built 1870 by a local businessman named Ambrose Johnson. It is named after him and later owners Dr. Willard and Ida Jolls. The house has remained largely unaltered and as such appears much as it did upon completion. Today, it is the location of the Orchard Park Historical Society. Inside, visitors will find a variety of exhibits featuring Indian artifacts, collections of military uniforms, toys, tools, and other items. The house was added to the National Register of Historic Places in 1980.

The Orchard Park Historical Society is located at this 1870 historic home. 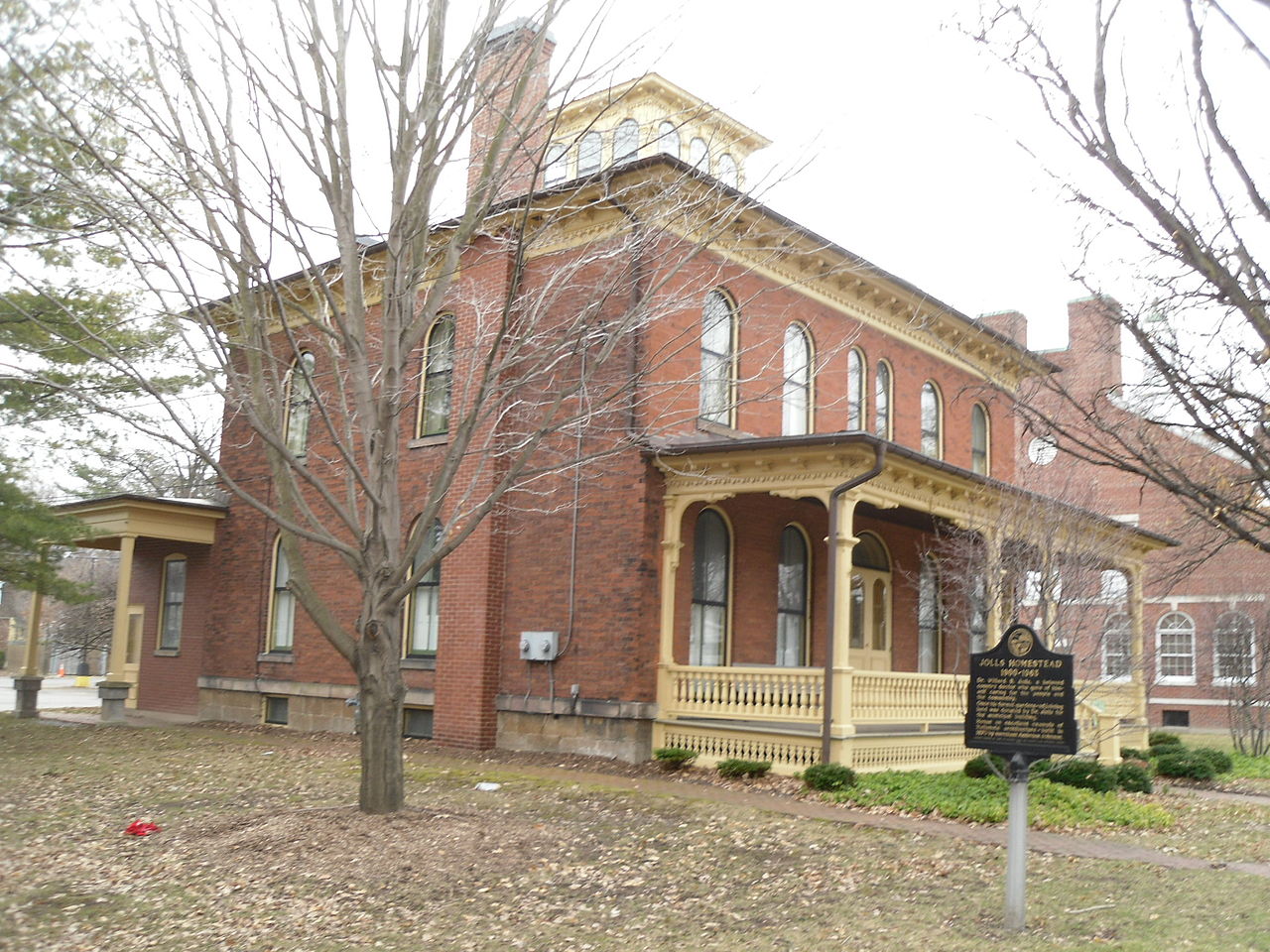 Ambrose Johnson was a successful merchant and wanted to show off his wealth and standing in the community by building the house. He sold it in 1881 and the next owners lived in the house until 1902. They sold it to Dr. Willard Jolls, who operated his practice here until he died in 1963. Aside from remodeling the rear part of the house for his doctor's office, he regularly maintained the house, which is why it is well preserved today. Their housekeeper then owned the house until she died in 1978. It is not apparent when the Society acquired the home.