This historic building is home to the Sardinia Historical Society and Museum. Designed combining the Federal and Greek Revival styles, it was built in 1830 as the First Baptist Church of Sardinia. The Society is currently in the process of remodeling the building but operates its museum in the hayloft of the attached carriage shed. Interpretive signs and a variety of historical items are on display. The building is listed on the National Register of Historic Places.

The Old Sardinia Town Hall was built in 1830 and is home to the Sardinia Historical Society and Museum. 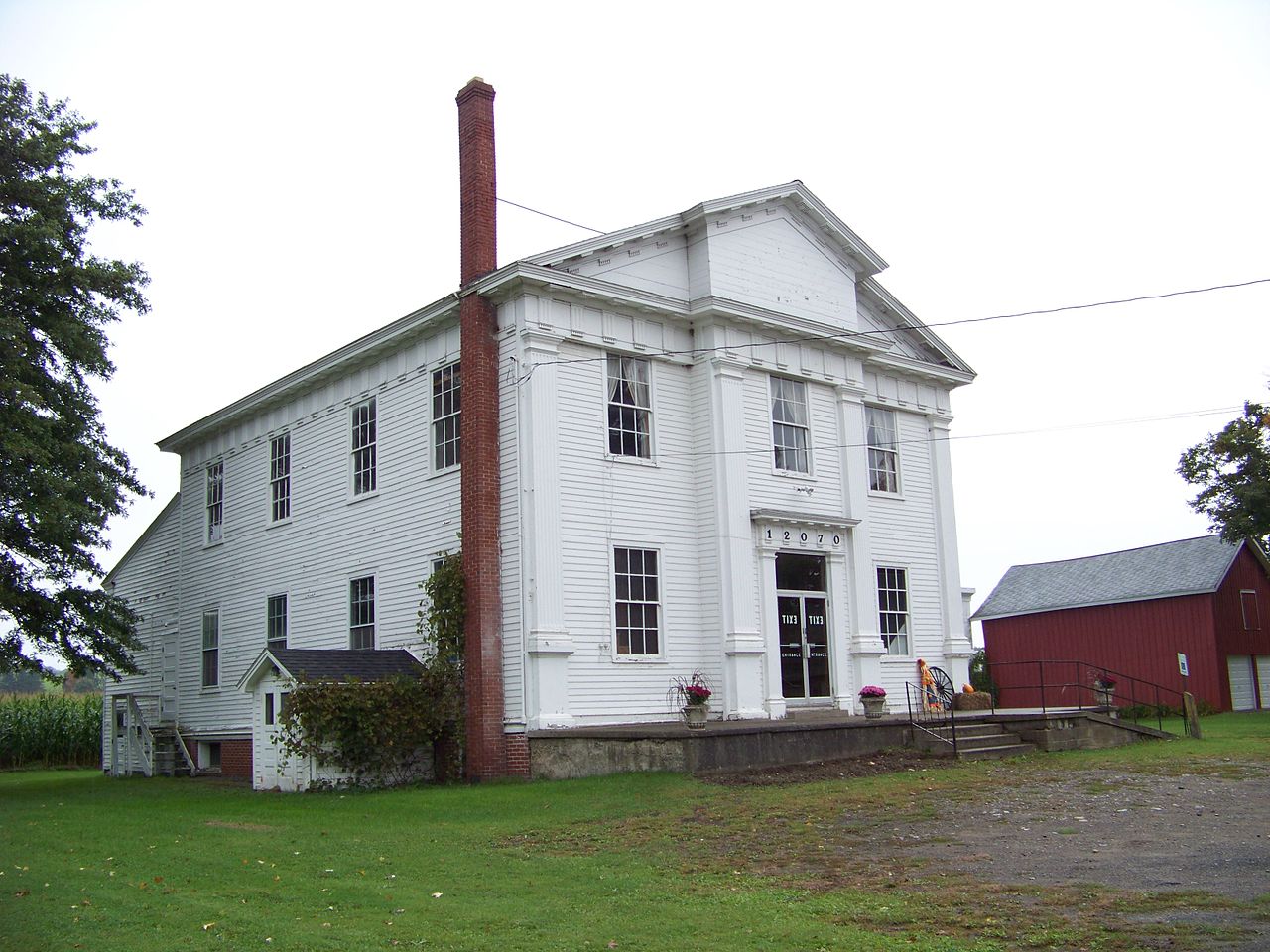 The congregation used the church for nearly 70 years. Over that time, it had 1,000 members and 14 pastors. A new church was built in 1896 and the congregation moved there but still used the old building on occasion. For a time, it was abandoned but in 1924 the process began to convert it into a community center. It was remodeled and an addition was added. In 1945, it became the Town Hall and was also used for various community events. After the Town Hall moved out in 1979, the Society moved into the old building where it has remained ever since.

Open the first and third Sunday May thru October. If you or your group would like a personal tour contact the president or historian.