Designed by famed American architect Frank Lloyd Wright, Graycliff was the summer home of Isabelle and Darwin Martin and their family from 1926-1931 (Isabelle was the primary client). The house is situated on the bluffs overlooking Lake Erie with Buffalo visible in the distance. Another building, the Foster House, which was also designed by Wright, is located next door. It actually consists of an apartment above a garage; it is where the Martin's daughter and family would live in the summer. Both buildings are excellent examples of Wright's Prarie architectural style. In addition to its architecture, Graycliff is also significant because it reflects the close relationship between the Martins and Wright. They supported Wright in the 1920s, a period in which Wright experienced personal and professional difficulties, and they collaborated closely on designing Graycliff.

Graycliff was built in 1926 for Isabelle and Darwin Martin. It was designed by Frank Lloyd Wright. 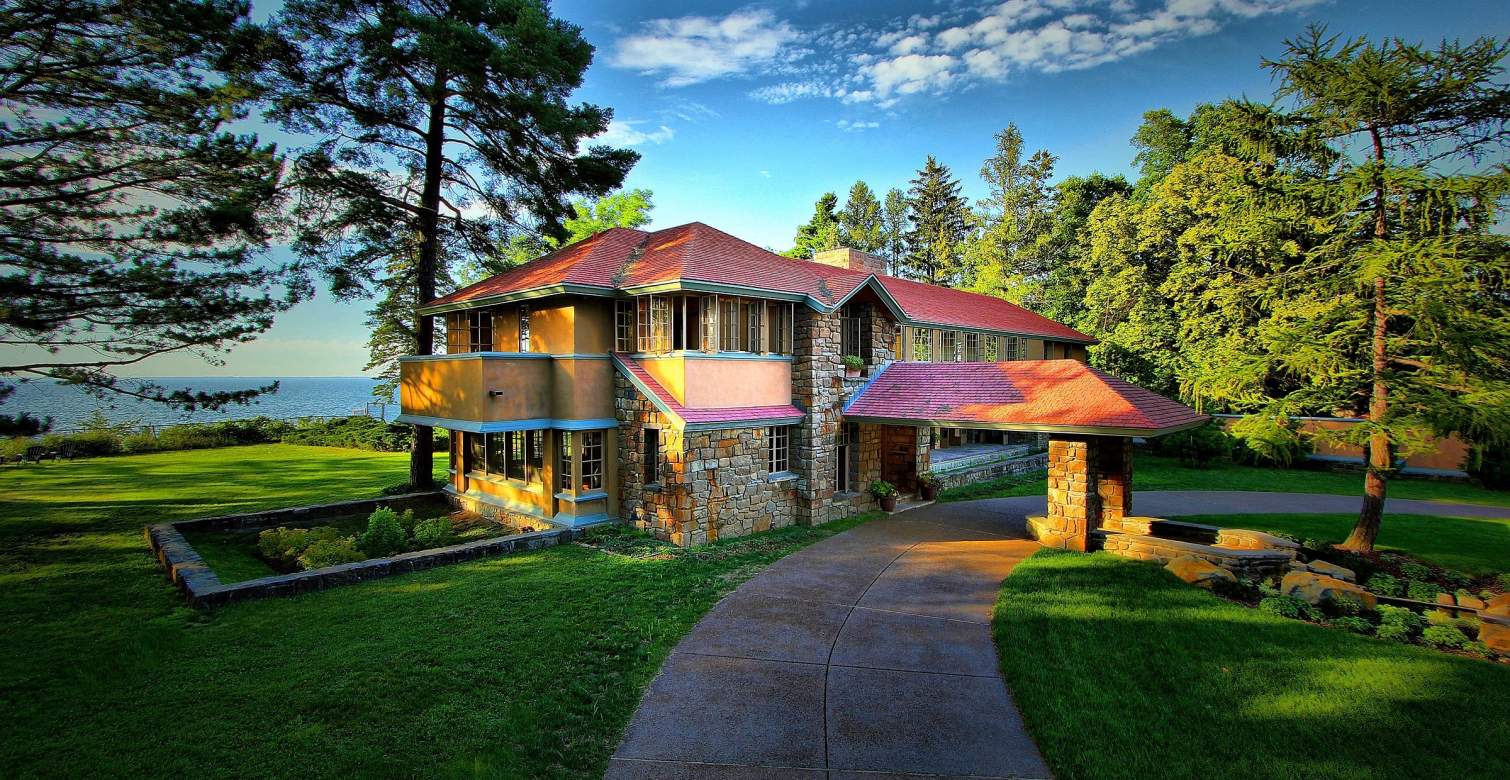 Darwin Martin passed away in 1935 but Isabelle continued to own Graycliff until 1943 when she moved permanently to Buffalo. She died in 1945 and ownership of the estate transferred to a holding company owned by Martin's son. In 1951, an order of Catholic priests from Hungary called Piarists purchased Graycliff and owned it until 1997. A developer was interested in the site to build a condominium but fortunately, local residents formed the Graycliff Conservancy to buy it with the ultimate goal of opening it up to the public. The Conservancy continues to own and operate the site.

Tours are available by appointment and vary in length. See website for details.