Situated next to Buffalo Niagara International Airport, Garrison Cemetery is a historic military cemetery where American and British soldiers, who fought in the Niagara Frontier Campaign of the War of 1812 (1812-1815), are buried. The cemetery, which was listed on the National Register of Historic Places in 2002, is small but features a few stone markers, crosses, and a canon on display in the center. 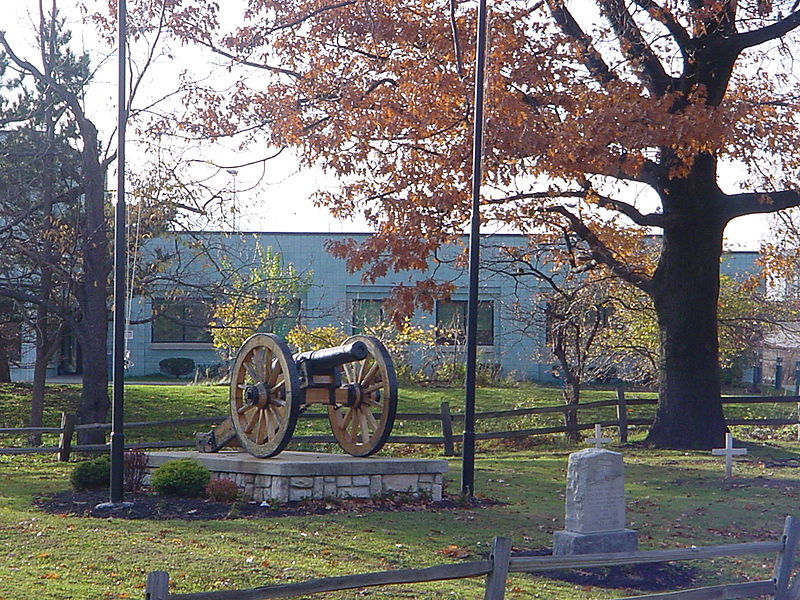 The number of soldiers interred here is unknown but apparently they were buried in two mass graves. The property was owned by the Holland Land Company until 1808 when it was acquired by a man named Frank Ludlow when he purchased 202 acres of land, which included the site of the future cemetery. Ludlow owned the site until 1816. After passing through a series of owners, the Buffalo Historical Society bought the cemetery in 1898. The Town of Cheektowaga bought it in 1985 and continues to own and maintain it today.