Now the headquarters of the Dryden Town Historical Society, the Southworth House is an excellent example of Federal architectural style and one of the few such structures left in Dryden. It is named after its owner, John Southworth, who built it in 1836. The Society was founded in 1981 and offers a variety of programs and exhibits showcasing the town's history. Visitors can take tours of the house May through October.

Southworth House was built in 1836. It is now home to the Dryden Historical Society. 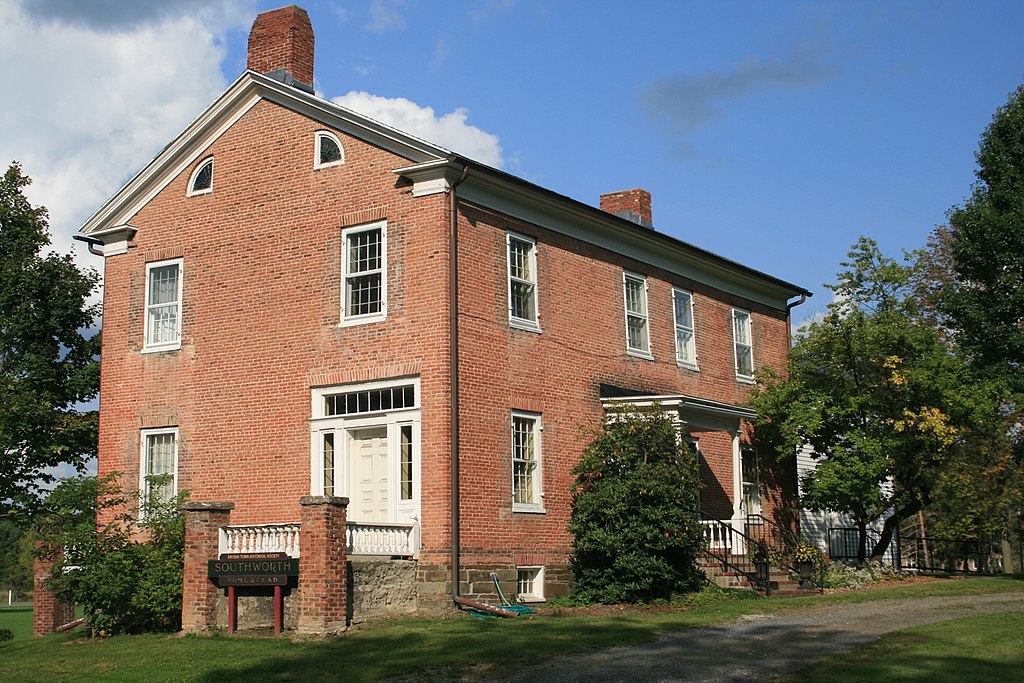 The house is listed on the National Register of Historic Places for its architecture and association with John Southworth, who became a prominent figure in the area and one of Dryden's first millionaires. He arrived in Dryden at a young age, growing up on a farm. He continued to farm as an adult and eventually became a merchant as well. As a result of his efforts, he acquired a substantial fortune. He bequeathed his money to his granddaughter, Jennie McGraw, who donated funds to establish what would become the Southworth Library.