If it were not for its octagonal tower, the Jennings-Marvin House would resemble the other houses in the neighborhood. Built in 1897 by Dr. Frank S. Jennings, the design of the house is a combination of the Queen Anne and Colonial Revival architectural styles. Another notable feature is the porch that wraps around two sides. Jennings and his wife, Mary, lived here until 1904 when a woman named Jennie Marvin bought it. Added to the National Register of Historic Places in 1984, it continues to be a private residence today but is easily viewed from the street.

The Jennings-Marvin House was built in 1897 and is one of the more unique homes in Dryden. 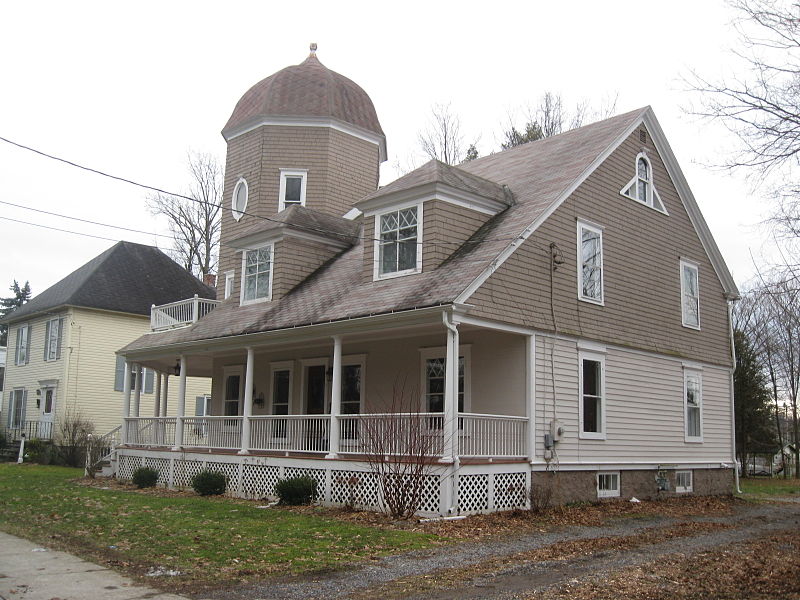