Constructed in 1910, the U.S. Post office in downtown Ithaca is considered a fine example of the Classical Revival and French Baroque architectural styles. It was designed by architect James Knox Taylor, who was the Supervising Architect of the U.S. Department of the Treasury from 1897-1912. He is designed many of the post offices in New York. The building became the Ithaca Town Hall in 1998 after the U.S. Postal Service (USPS), which a built a new facility elsewhere, sold it to the town of Ithaca. So as to not leave downtown without a post office, the USPS leased a portion of the building to continue mail services. The Town restored the historic building and reopened it in 2000. 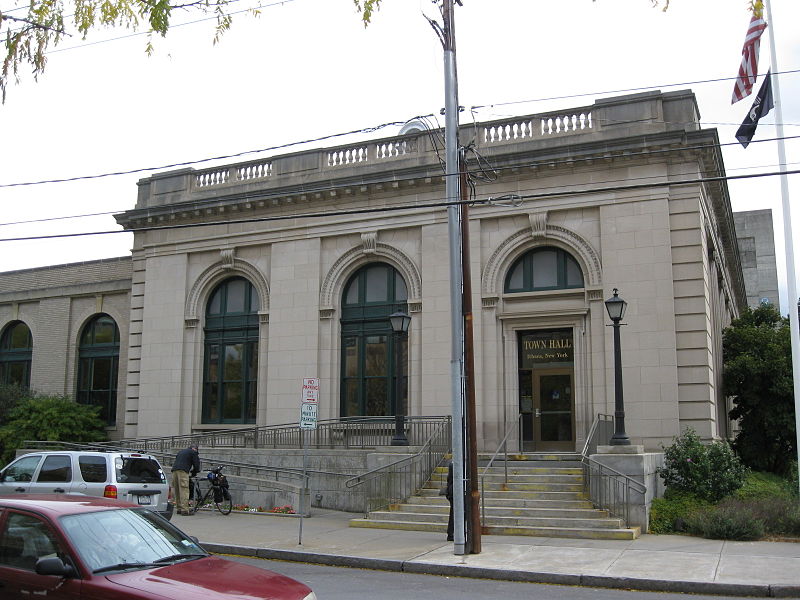