This beautiful Gothic Revival home was once the residence of one of Cornell University's co-founders, Ezra Cornell, for whom the university is named. It was built between 1865-1875 and is considered one of Ithaca's finest historic homes, featuring a high level of craftsmanship and detail. To achieve this, Cornell hired European skilled craftsmen primarily from Italy, England, Germany, and Scotland. Inside, notable features include 20-foot ceilings, crystal chandeliers, and intricate molding. Llenroc, which is Cornell spelled backwards, was added to the National Register of Historic Places in 1980.

Llenroc was built in 1875 by Ezra Cornell, co-founder of Cornell University. 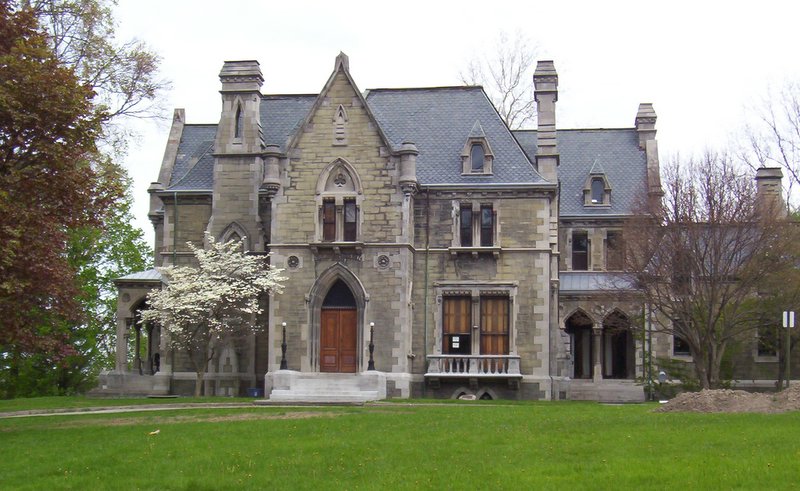 Unfortunately, Ezra did not live long enough to see the house completed as he passed away in 1874. His wife and children lived in it for 32 years before selling it in 1911 to the Delta Phi Fraternity, which still occupies the house today.