Wheatland in Lancaster, Pennsylvania was constructed in 1828 and became the estate of 15th President James Buchanan, where he gave his first presidential campaign speech on the lawn of the 22.5 acres. Before his presidency, Buchanan had a history of holding political offices, such as secretary of state, a member of the U.S. Senate, a member of the House of Representatives, and as a foreign diplomat. During his time as president, he was controversial, believing slavery was morally wrong but that the government did not have the authority to intervene. After he left office, Buchanan retired to Wheatland, where he remained until the time of his death in 1868. Afterward, the property passed through several hands before being purchased by the Junior League of Lancaster, which established a nonprofit foundation and opened the estate to the public in 1936. It is now owned and operated by Lancaster History, and is listed on the National Register of Historic Places and dedicated as a National Historic Landmark. 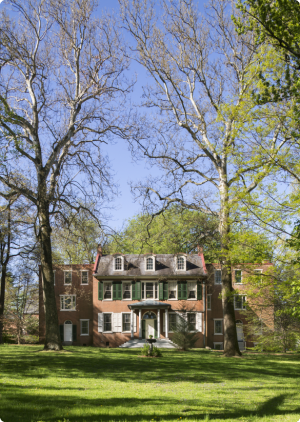 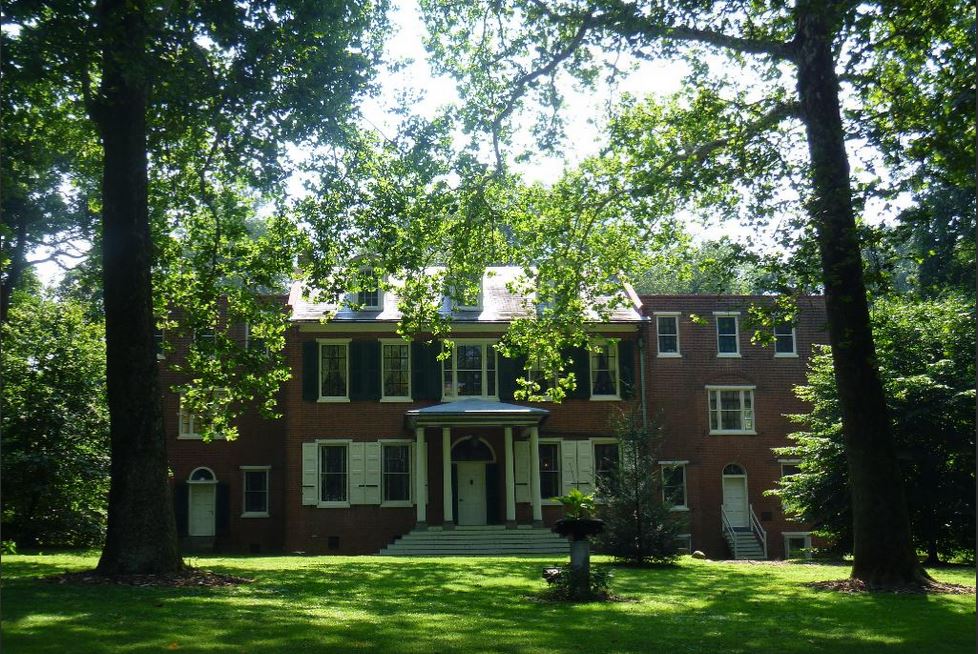 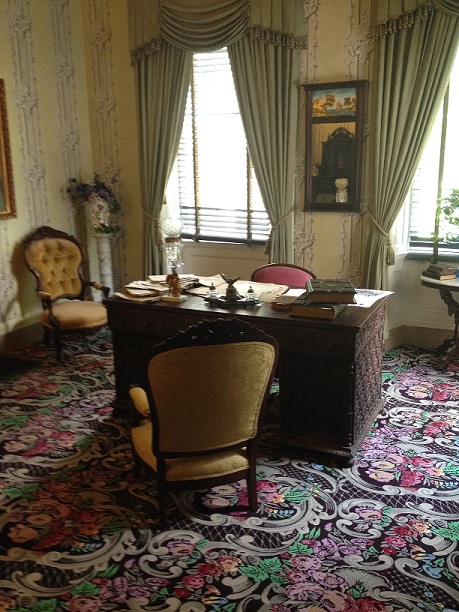 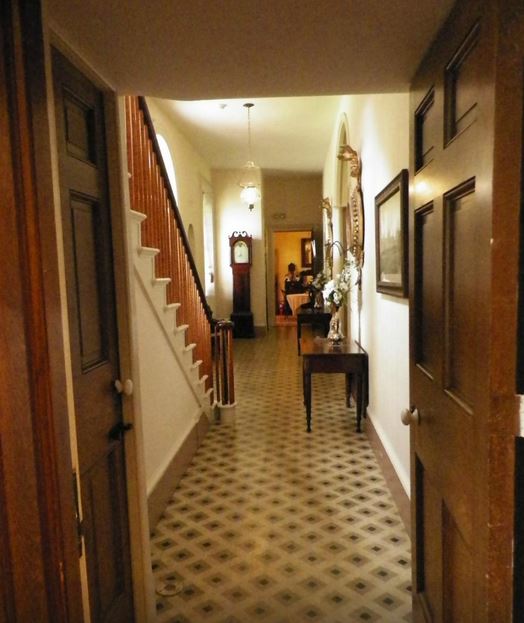 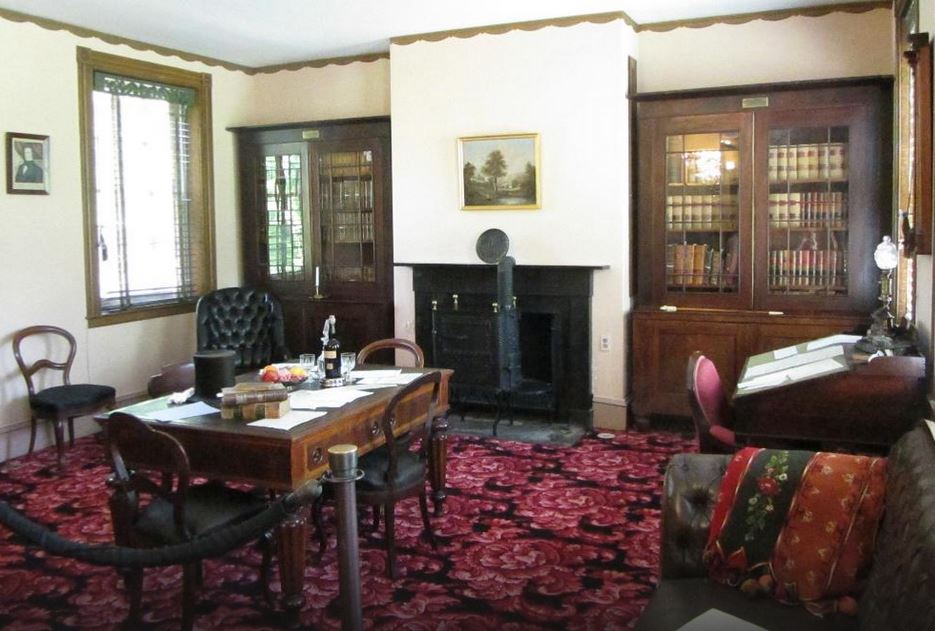 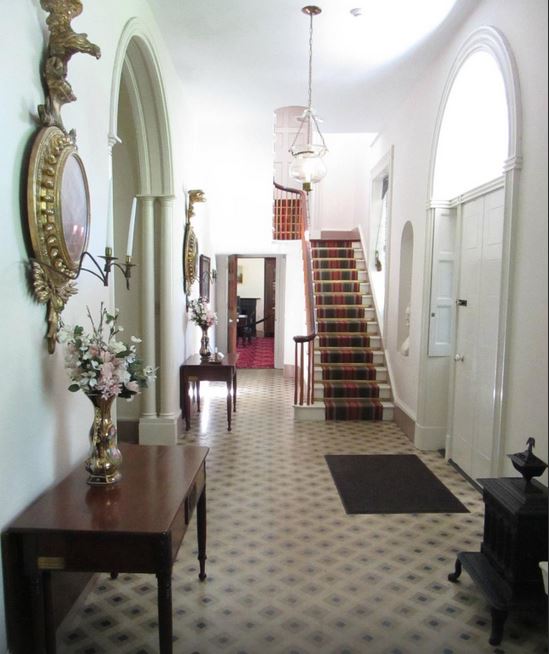 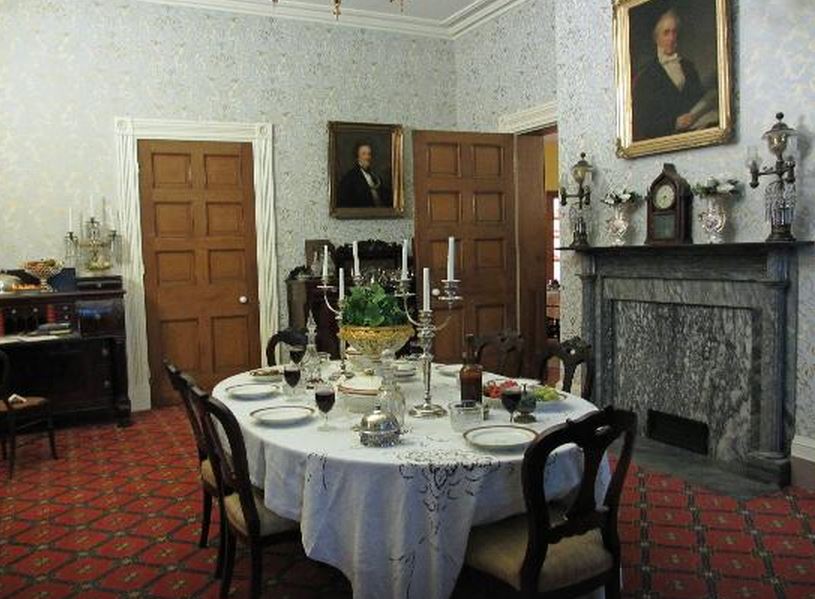 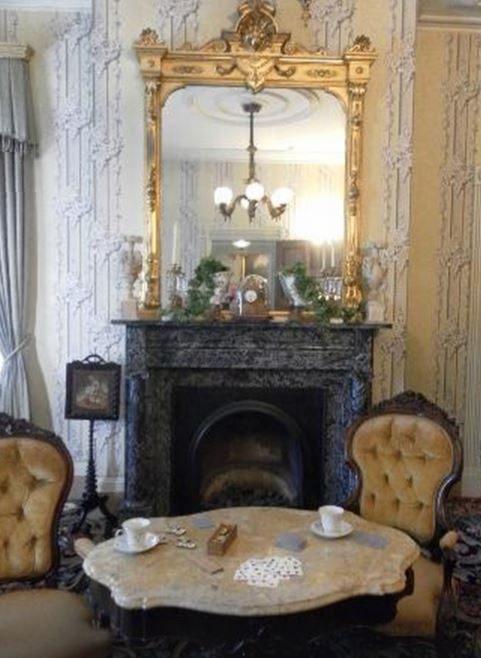 Wheatland in Lancaster, Pennsylvania was the estate of 15th President James Buchanan, and served as the headquarters of the Democratic party during his 1856 presidential campaign. Constructed in 1828, it was on the front lawn of the mansion, which sits on 22.5 acres, that Buchanan gave his first campaign address to the townspeople. Over the course of his single term, Buchanan was admired by some but opposed by many, as he believed slavery was morally wrong but that the government did not have the authority to interfere with states’ rights nor secession. Buchanan was born near Mercersburg, Pennsylvania in 1791 and later attended Dickinson College, where he studied law before passing the bar exam in Lancaster. After establishing his law practice, he quickly became reputable in the world of politics, serving in various positions for years leading up to his presidency, which he made three prior unsuccessful bids for.

During the War of 1812, Buchanan served in the military. Shortly after, in 1814, he was elected to the Pennsylvania legislature, where he spent two years. Five times he was elected to the U.S. House of Representatives, and also spent a decade in the U.S. Senate. Combined, those positions accounted for around 22 years of his life. Additionally, Buchanan served as President James K. Polk’s secretary of state for four years, as well as a diplomat to Russia and Great Britain for six years under President Franklin Pierce. He was finally elected as president during the 1856 election, during which time voters thought he could calm disputes over slavery between the North and South.

Only two days after taking office, the Supreme Court delivered the Dred Scott decision. It allowed slaveholders to transport their enslaved people anywhere, declared the Missouri Compromise unconstitutional under the premise that Congress had no power to regulate slavery within territories, and blocked any person of African descent from acquiring citizenship. In an attempt to draw attention away from issues of slavery in territories, Buchanan urged Congress to accept a constitution written by a proslavery group, who were outnumbered four to one in Kansas territory. Both Republicans and members of Buchanan’s party were angered by this, and Congress refused. Consequentially, Kansas was not declared a state until 1861.

After the Panic of 1857, during which time there was financial panic in the United States due to over-expansion, the North was still weary and by 1858, Republicans and northern Democrats dominated the House. Southern Senate votes and presidential vetoes blocked legislation being passed by the House, and an antislavery raid on a federal arsenal at Harper’s Ferry by John Brown furthered tensions. During his presidency, Buchanan had also caused disputes with the Mormon-dominated Territory of Utah. The territory wanted to become a state, but when Buchanan dismissed Brigham Young as governor, a Mormon War arose that needed to be calmed with a representative who was sent to the territory. While in office, he also expanded American influence in Central and South America, discouraged intervention by European powers, continued attempts to purchase Cuba from Spain, and, in 1860, established diplomatic relations with Japan.

At the time of the presidential election of 1860, after just one term in office, Buchanan pledged not to run for a second term, so northern and southern wings of the Democratic party each nominated candidates. Abraham Lincoln won over John Bell, despite not receiving the popular majority vote nor having his name on any southern ballots. Outraged, South Carolina seceded, with six other states following shortly after, and in February of 1861, they formed the Confederate States of America. During his remaining time in office, Buchanan had made repeated unsuccessful attempts to compromise with secessionists, leading up to early 1861 when he sent an unarmed merchant ship with reinforcements and supplies to relieve the garrison at Fort Sumter in Charleston Harbor. Although South Carolina batteries drove the ship away, Buchanan refused to evacuate the fort, which only briefly averted the war.

After the end of his term as president, Buchanan returned to Wheatland. The residency had originally been built in 1828 for lawyer and bank president William Jenkins on 156.5 acres of land. It consisted of a mansion, with the central part being two and a half stories and the outer wings reaching three stories, as well as two outbuildings, which still survive. One outbuilding was a privy divided into two rooms, one with five seats of varying heights and the other with three. The other outbuilding was used as both a smokehouse, on the upper level, and an icehouse, on the ground floor and surrounded by a limestone pit. In 1836, Jenkins divided Wheatland into several plots, one of which that was 17.9 acres and included the mansion and outbuildings. He sold the plot to his son-in-law, Thomas Potter, who bought an additional 4.4 acres from Henry Brenneman during his stay there.

In 1845, Philadelphia attorney William Morris Meredith bought the 22.5-acre plot of Wheatland for $6,750. In 1848, he sold it to Buchanan for the same price, who was Polk’s secretary of state at the time. After fulfilling his duties in that office, he moved in March of 1849. When his time as president was completed, Buchanan returned to Wheatland, where he remained until his death in a room on the second floor on June 1, 1868. Until that time, Buchanan had only made minor renovations to the estate, such as adding a furnace and central heating, replacing an open hearth with a cast-iron stove and adding a tin bathtub. Most of the 17-room house, which originally had a kitchen and wine cellar in the basement and Doric-style columns, has remained the same since its construction. During the Civil War, the estate was threatened when Lancastrians received word that Confederate troops had come within a few miles of Lancaster and Wheatland as they were readying to cross the Susquehanna River. Buchanan refused to leave, and because he was a member of the Masonic Lodge (Freemasons), his Masonic brothers maintained a vigil around Wheatland until the troops were ultimately diverted to the Battle of Gettysburg.

After Buchanan’s death, his niece, Harriet Lane Johnston, inherited the land and used it as a summer residence. After the death of her husband and children, she sold it to the Willson family in 1884. After a death in the Willson family in 1929, a cousin of the family, Mary Willson Rettew, inherited the estate. When Rettew died in 1934, it was again available to be purchased. The Junior League of Lancaster raised $50,000 from the community to purchase the property, then established the nonprofit educational foundation the James Buchanan Foundation for the Preservation of Wheatland. The estate was opened to the public May 5, 1936, and the foundation owned and operated it for 73 years following. In May of 2009, the foundation merged with the Lancaster County Historical Society, now known as Lancaster History, which provides public tours and educational programs at Wheatland. The first two floors of the mansion are furnished period pieces from the time Buchanan lived there, and also included many of his belongings, such as the bed he died in, his teak desk from India that he used in the White House, some of his legal texts, and a bottle of wine from his personal collection. Wheatland was dedicated as a National Historic Landmark on July 4, 1961 and registered on the National Register of Historic Places October 15, 1966.

Wheatland is open Presidents Day through mid-November with tours every day from Monday through Saturday from 10 am to 4 pm.