Known as the "Three Bears" in reference to the fairytale Goldilocks and the Three Bears, the Seneca County Courthouse Complex consists of three adjacent Greek Revival government buildings situated in order by size. The "Papa Bear" (the courthouse) and "Baby Bear" (clerk's office) buildings were constructed in 1845; the "Mama Bear" building (a larger clerk's office) was erected in 1860. They are the only set of three public buildings in the country designed in the Greek Revival style. The county government no longer uses the buildings, although one of the monthly county board meetings are held in the old courthouse. The Sons of Union Veterans of the Civil War leases the Baby Bear building. An organization called the Friends of the Three Bears leases the other two. All three remain important historical landmarks today.

These three structures comprise the former Seneca County Courthouse Complex. Because of their succession in size, they are known as the "Three Bears." 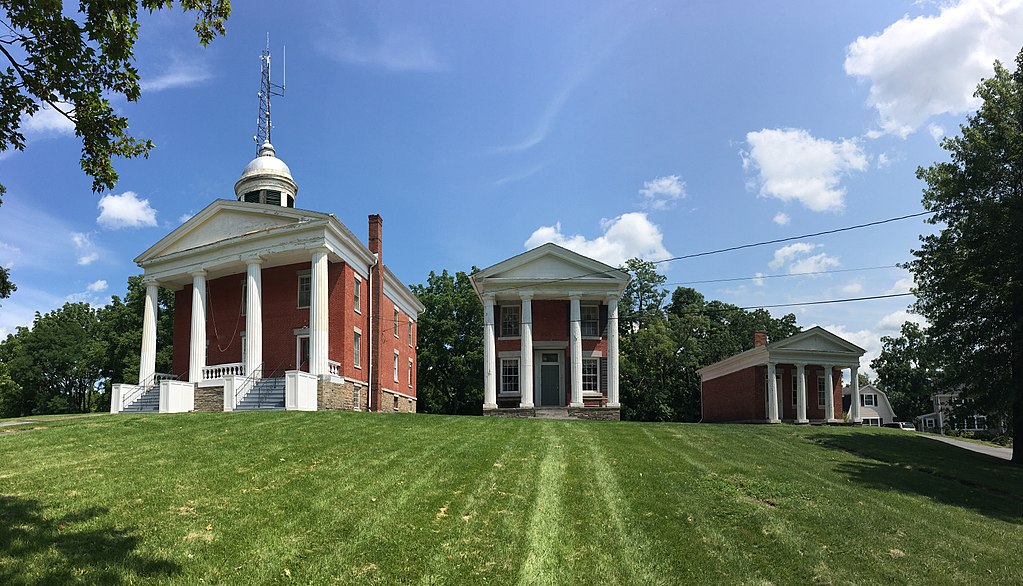