Designed in the Second Empire style, the Howe House was built in 1869. It is now a house museum operated by the Phelps Community Historical Society. Its most notable feature is its two-story privy, which is attached to the house and is topped by a hipped roof. The house is one of the few in the country that has such a privy. The house was donated to the Society by an anonymous donor in 1999. Since it had fallen into disrepair, the Society proceeded to restore it. The museum features permanent and rotating exhibits.

Built in 1869, the Howe House is now a museum operated by the Phelps Community Historical Society. 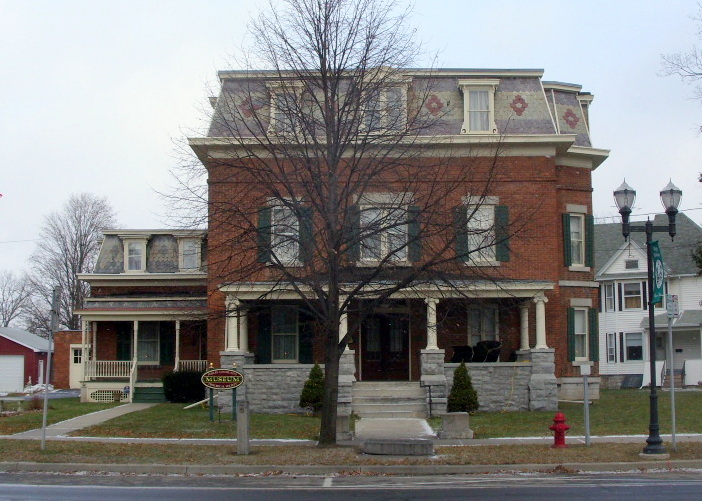