The Vermontville Historical Museum opened in 1966 and is housed in a historic building that once was an academy and church. 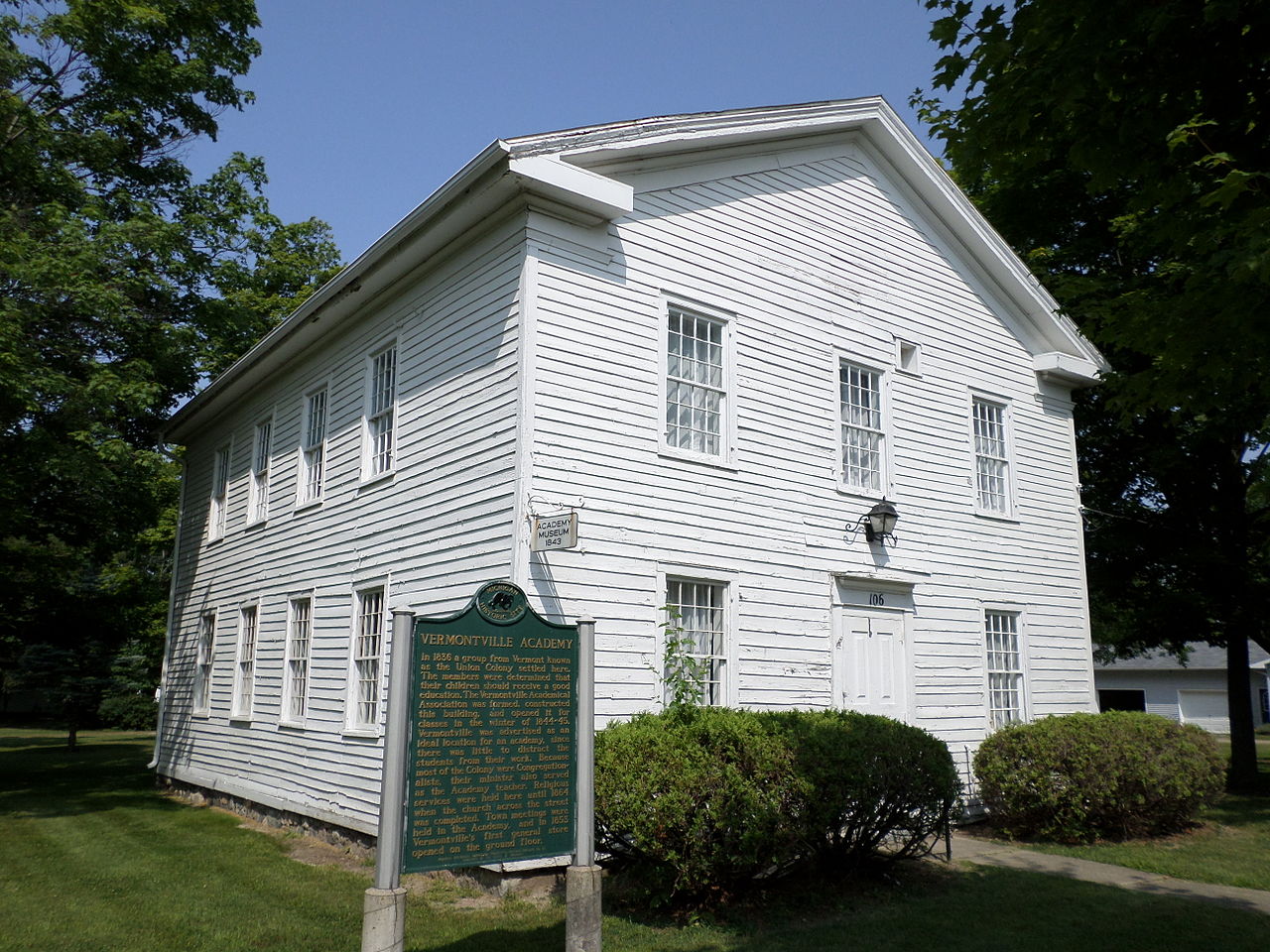 The building was erected with the intent that it be an academy and a Congregational church. It was built in phases beginning in 1844 at its original location just to the west. Church services ended in 1864 when a new church was built across the street. Sometime in c.1869, the academy was relocated to its current spot. Until the museum opened, the Church used the building for prayer, social gatherings, and theatrical performances.

"History of the Vermontville Chapel and Academy."Village of Vermontville. Accessed December 20, 2018. http://vermontville-mi.gov/uncategorized/get-to-know-your-village.