Incorporated in 1889, Bluefield started as a small community that quickly grew by the turn of the twentieth century. With a single Norfolk and Western rail line going through the small village, and the increase in coal mining from the famed Pocahontas coalfield, Bluefield sat on the cusp of prospering.

View of Bland Street in Bluefield, circa 1890. 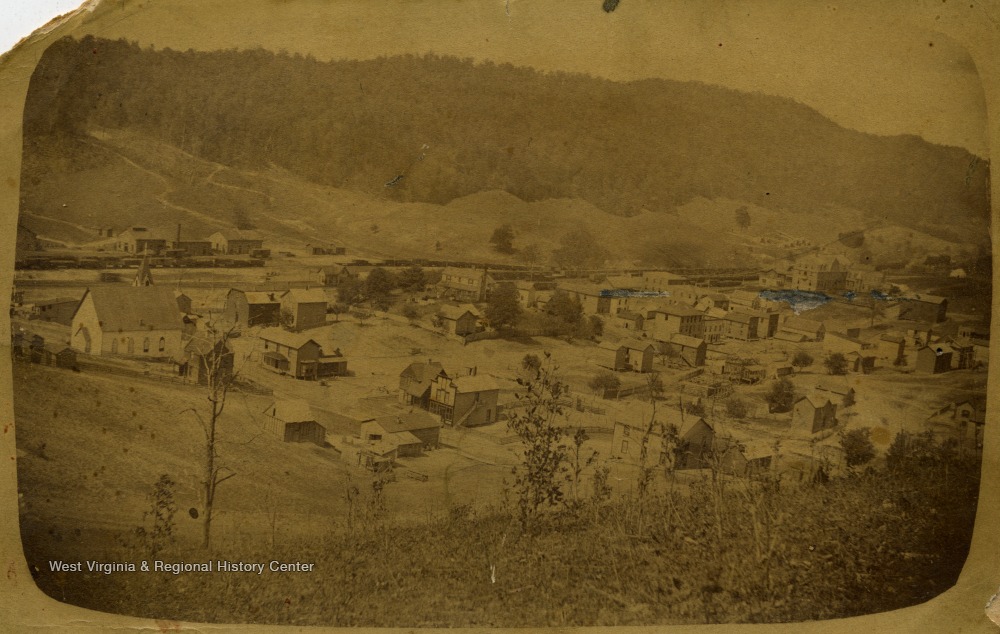 The church is Bland Street Methodist, and the knoll in the back center is where the Bailey Building now stands. Photo from Bluefield by William R. Archer. 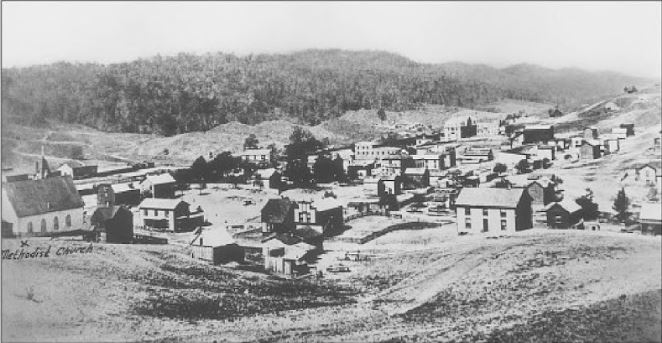 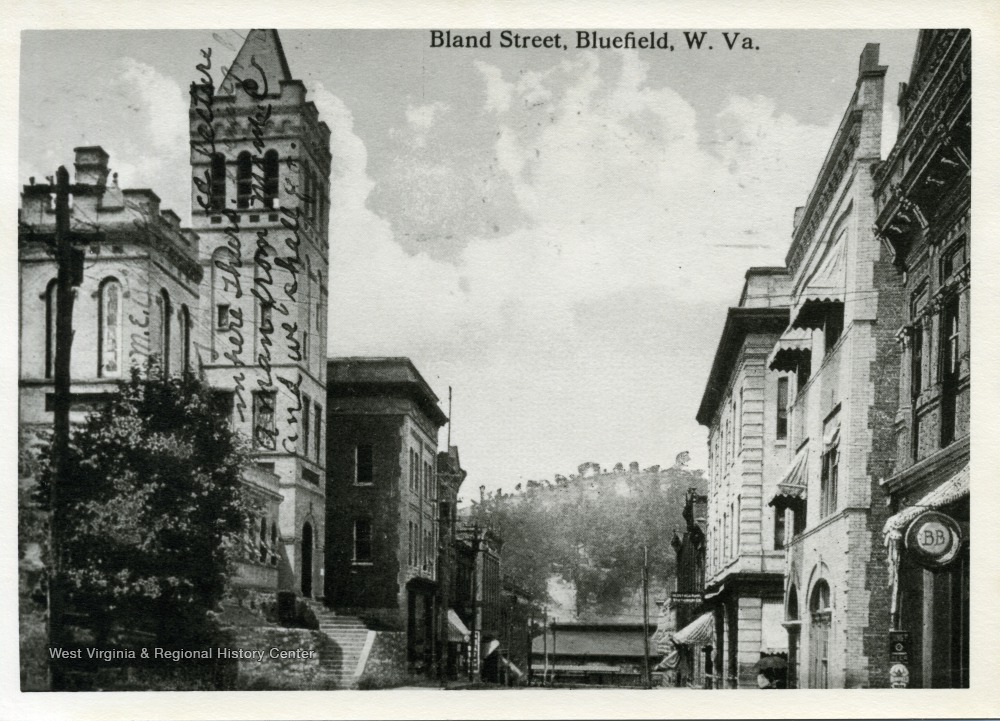 The photograph of Bland Street from 1890 illustrates how coal affected a small community in the late nineteenth century. The growth Bluefield experienced from the Pocahontas coalfield and the Norfolk and Western Railroad rapidly transformed the small town to a decent sized city situated high in the Appalachian Mountains. Bluefield’s population in 1890 was 1,175, and just before the Great Depression impacted the country, Bluefield’s population reached 19,339. Indeed, the natural resource extraction industry in West Virginia truly benefited the small town of Bluefield. “As the decision of the Norfolk & Western Railway to locate its Pocahontas Division headquarters there in 1882 created the modern community.” [1] Urban historian Raymond Mohl discussed the importance a railroad could have on a community by building rail lines within a town or city. That is, the existence of a railroad could make a town, or the lack thereof could cause a town to fail, according to Mohl. [2] Bluefield, perhaps, is a city that developed without town boosters and owed its growth solely to the increase of jobs in the coal industry and the railroad.

Noted West Virginia historian Otis Rice phrased Bluefield as the gateway to the Pocahontas coalfields and stated that “Bluefield was only a flag station on the farm of John B. Higginbotham in 1888.” [3] While West Virginia entered the natural resource extractions industries, the development of the state is owed much to the various railroads that operated within the Mountain State. Throughout the early 1900s, Bluefield’s population increased and the small village naturally transformed as its skyline looked more like an urban center, rather than a quaint mountain village. With the changing sociocultural features of Bluefield taking place, large hotels, movie theaters, newspapers, and labor unions helped transition the city further to modernity. In 1895, the Bluefield Colored Institute opened that reflected the changing demographics brought on by the coal boom and industrialization in West Virginia.

Bluefield continued to prosper throughout the first half of the twentieth century, and like many other small cities in West Virginia, technological advances in natural resource extractions significantly impacted jobs within that industry. While Bluefield experienced population decreases in each subsequent decade of the second half of the twentieth century, Bluefield remains the largest city in Mercer County in the twenty-first century.