Built in 1854 by Manlius Mann, the Bellevue Gothic Mill is a historic, restored mill situated on the west bank of Battle Creek. At 3.5 stories in height, it is a rather tall building, held up by a frame structure comprised of large timbers. The mill is the second one built at this location; the first was erected by Isaac Crary in 1832. The mill operated until 1958 and was later added to the National Register of Historic Places in 1975. It appears that the current owners open the mill to the public during a few festivals.

Bellevue Gothic Mill was built in 1854 and was restored by its current owners into a private home. 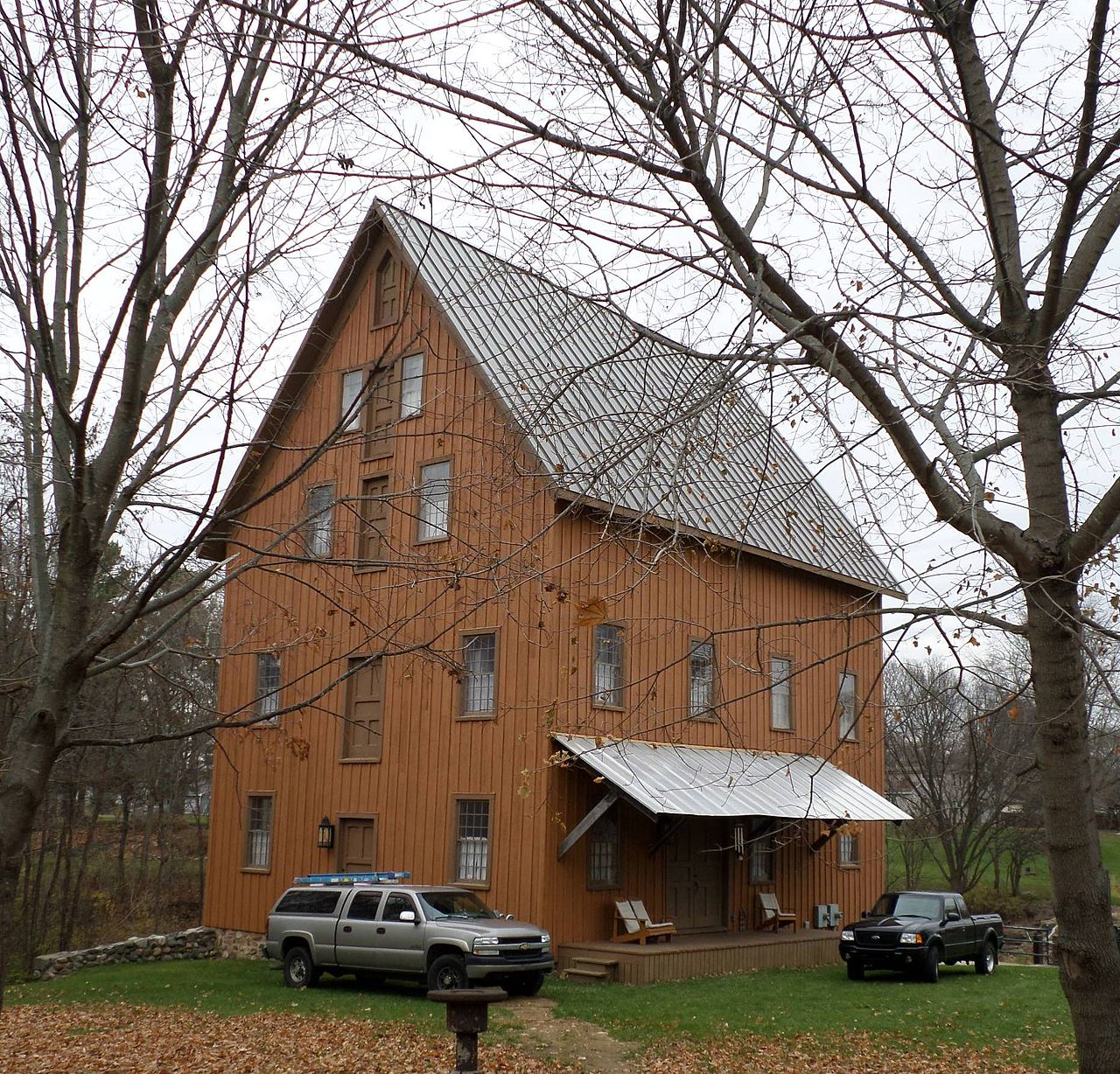 The mill was very productive during its lifetime. The next owner, Hiram Ovenshire, replaced the millstones with steel roller mills in 1888, which enabled him to produce 50,000 bushels of a grain per year. He also added a waterwheel and built a sawmill on the other side of the river. In the coming decades, the mill received various improvements including the addition of horsepower turbines.

After the mill ceased operating, it fell into disrepair. Fortunately, it was purchased in 1977 by William and Jean Stockhausen who started to restore it. The turbines are producing electricity (more than the mill needs so some it is sold back to the power company) and the interior was remodeled into a private home for the Stockhausens.