Named after one of its owners, Lucius Wing, the Wing House Museum is one of Coldwater's most impressive landmarks. It is an especially fine example of Second Empire architecture and is operated by the Branch County Historical Society. It was built in 1875 by Jay Chandler, whose father ran a newspaper called the Coldwater Sentinel and was involved in various business enterprises. Inside, the museum features period items on display and information about Chandler and his wife and the Lucius Wing family. Various events and activities take place in the museum throughout the year.

The Wing House Museum is a major landmark in Coldwater and is open to the public year round. 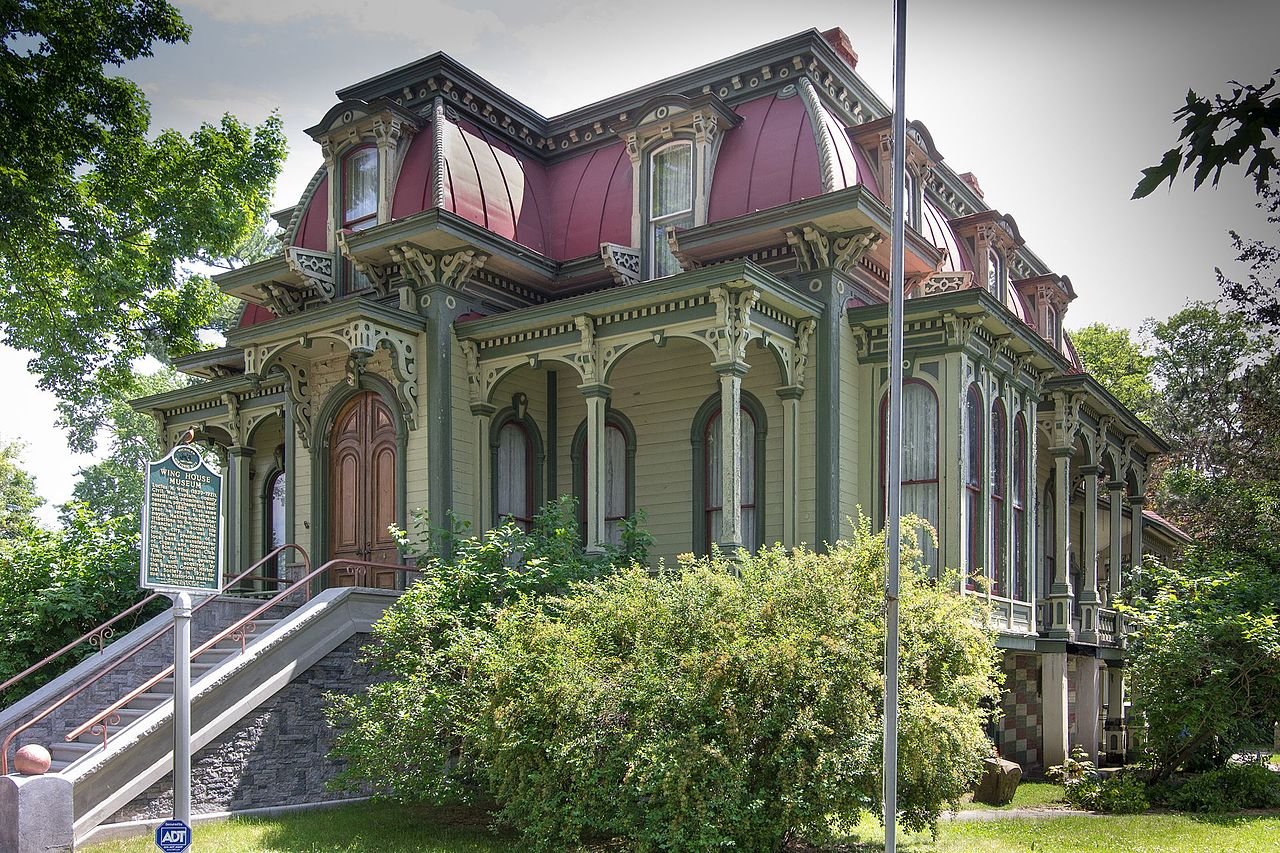 Chandler and his wife, Frances, only lived in the house for a few years. Their marriage did not work out, apparently. Lucius Wing bought the house in 1882. A successful businessman, he grew up on a farm and served in the Civil War. He took up farming again and was elected county sheriff. Around this time he purchased stock in the American Cigar Company and remained a stockholder for three decades. He would also become president and general manager of a cement company and president of Coldwater National Bank. As a result of these activities, Wing became wealthy, allowing him to purchase the Chandler home. Wing also got involved in civic and social affairs, becoming mayor in 1882, co-founding a social club, and being an active member in the local Elks club. The house remained in the family until the Branch County Historical Society acquired it in the early 1970s.

Open the 3rd Saturday every month. Noon to 4:00 p.m. April-October.