Bruin's Slave Jail and statue of Emily and Mary Edmonson

This historic home was once the property of Joseph Bruin, a slave trader who held hundreds of human beings in the basement of this home as they awaited transportation and sale to slave plantations throughout the South. Bruin purchased this home in 1844 and acted as a middle man until his capture by Union troops during the Civil War. Harriet Beecher Stowe referenced this slave pen as a reference within her books "The Key to Uncle Tom's Cabin" and the prequel, "Uncle Tom's Cabin." The jail was most famous for holding the Edmondson Sisters who almost escaped to freedom aboard the Pearl. These women were among 77 slaves who attempted to evade their owners by boarding the ship which was piloted by abolitionists. The building served as the Fairfax County Courthouse for a short time following Bruin's capture by Union troops and was later sold and used as a private home.

Bruin's Slave Jail was used as a holding cell for pending sales of slaves. The jail is one of the focuses of Harriet Beecher Stowe's novel "The Key to Uncle Tom's Cabin". 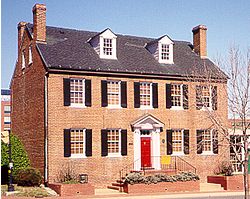 The Edmondson Sisters were another focus of Stowe's novel. Both were bought in the slave trade by Joseph Bruin. 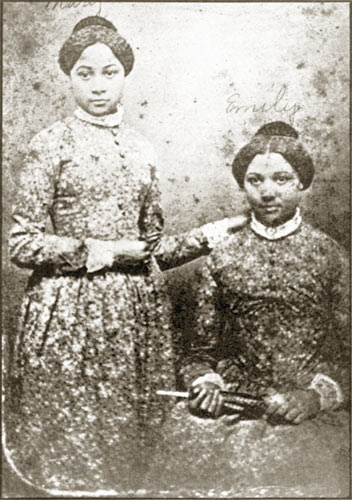 This bronze statue of Emily and Mary Edmonson-two slaves who were held at this slave jail was dedicated in 2010. 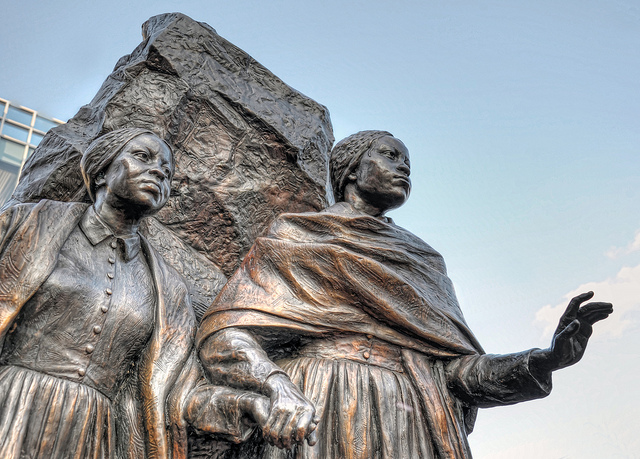 Joseph Bruin was a slave trader that bought the then slave jail as a way to hold pending slaves before the transaction. Bruin, however, made a life altering discovery when he jailed the Edmondson sisters who would be the focus of Harriet Beecher Stowe's novel "the Key to Uncle Tom's Cabin".

The Edmondson sisters were the sisters of Samuel Edmondson, one of the orchestrators of the Pearl escape that sent 77 slaves to freedom in Washington. The Pearl escape was the largest slave escape in history in which Edmondson and his colleagues purchased the Pearl and then freed the 77 slaves in one night to escape down the Potomac River and to freedom. The escape is credited with keeping the abolitionist movement going and starting many of the events that would come thereafter. The slaves would, however, be caught at the end of the river and sold in New Orleans which is where Bruin bought the Edmondson's. Bruin had a fascination of sorts with the sisters which he envisaged they could be sold as prostitutes in New Orleans for a high price. The Edmondson girl's father tried to raise funds for his daughter which led him to contact with Stowe's father and thus Stowe. Stowe knew of the jail and it became the focus of her book. Edmondson purchased his daughters out of the trade but Bruin's name lived on because of Stowe's writings. Bruin's jail became known as a "monument to oppression" and he became a "model of the greedy slave trader".3

After Bruin's capture the jail was converted into a courthouse and it is not open to the public today.