The Jennie Foley - Victor A. Arrigo Building stands as one of the few remnants of Chicago's most prominent Italian-American neighborhood, and as the building for which Victor A. Arrigo arose to prominence as a politician who fought against Italian discrimination. Additionally, the building is typical of many nineteenth-century structures that functioned as a family stores on its ground floor, with apartments (often occupied by those families) located in the upper floors.

Jennie Foley Building, also known as the Jennie Foley-Victor A. Arrigo Building, built in 1889 on Chicago's West Side. 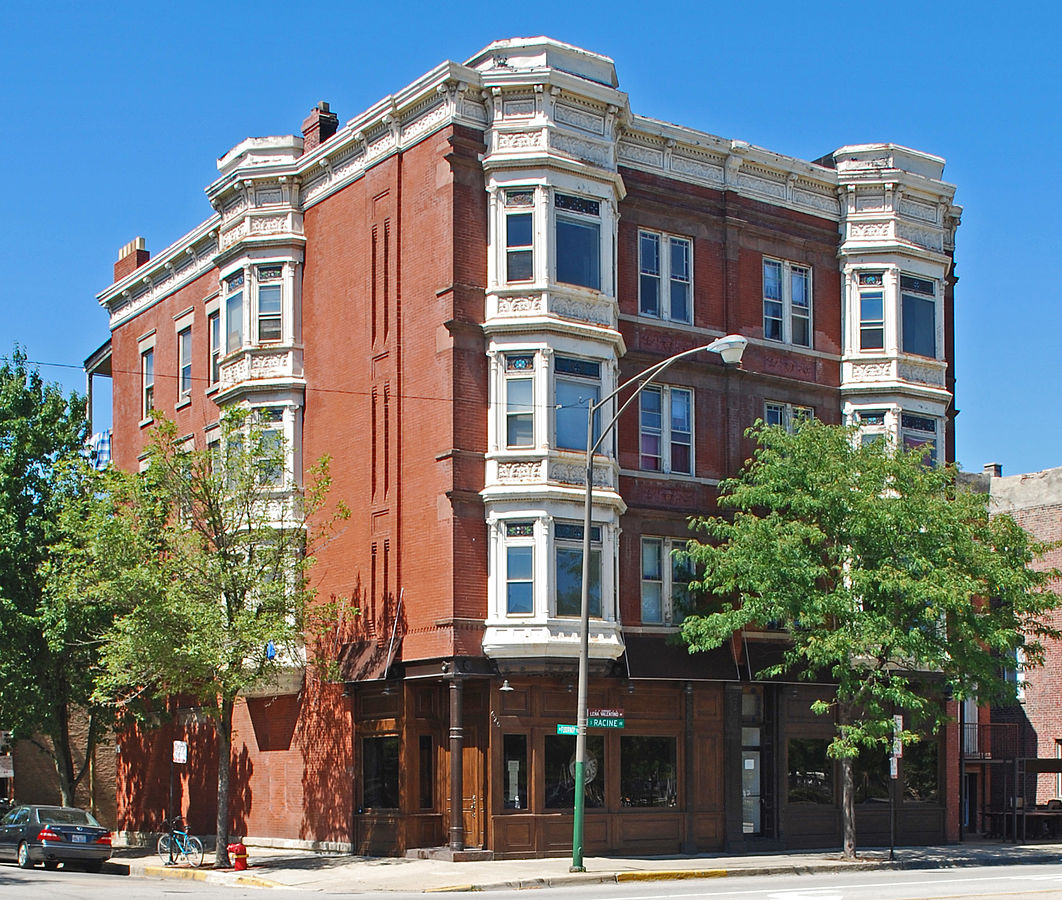 The four-story Jennie Foley Building, also known as the Jennie Foley-Victor A. Arrigo Building was built in 1889 and functioned as both a commercial and residential building; the building has a storefront on its first floor and six apartments on its upper stories. The building stands as one of the few remaining structures from an era when Italian-Americans established a strong presence in the neighborhood. In 1919, the Arrigo family purchased the building.  Victor A. Arrigo lived in the building from 1910 to 1973 and represented the 20th Illinois district in the State Legislature. Arrigo was noted for his contributions to anti-discrimination legislation.
The Foley-Arrigo Building is characteristic of nineteenth-century, commercial/residential buildings type that utilized the modern innovations and building technologies of the era. Moreover, buildings routinely served the needs of immigrants that operated a variety of family stores in the lowest floors, from grocery stores an bakeries to furniture shops and laundry facilities, while living in the apartments on the floors above the stores.
The Foley-Arrigo Building on Racine stood in the heart of Chicago's largest Italian-American neighborhood commonly referred to as Little Italy. (Although Italians did not constitute a majority of the population there). Racine was a heavily traveled street where horse-drawn wagons carried produce to and from the South Water Market (Racine and 15th Street) to the Fulton Market. The Arrigo family, like many residents in the neighborhood, were employed in the produce trades. As noted in the Encyclopedia of Chicago, "Of the 6,773 Italians living in Chicago in 1896, the Chicago City Directory listed 22 Italian saloonkeepers, 154 fruit merchants, 32 grocery store owners, and 38 confectioners, as well as several of the city's most respected fine dining establishments." In addition to selling produce, the Arrigo family with a corner building operated several stores in the building, including an ice cream and soda shop, a deli, a shoe shop, and coffee store.
One notable member of the Sicilian-born Arrigo family, Victor A. Arrigo, led a successful career as a local politician, representing the Chicago's Near West Side, mostly comprised of Italian-Americans.  Italians faced discrimination during its early years of arrival. Indeed, one historian,  Thomas A. Guglielmo, notes that many of them felt a connection to African Americans, feeling they shared in their fight against discrimination (although that changed as Italians evolved into a race deemed "white," which altered the dynamic between the two races).  As such, Victor is best known for sponsoring anti-discrimination legislation, which gained him accolades and praise; nearby Arrigo Park was named for him after Victor passed away in 1973.
In summary, the building represents turn-of-the-century culture dominated by European immigration, with each neighborhood marked by particular nationalities, and the day-to-day life dominated by traffic and street-side family markets. In particular, the Jennie Foley-Victor A. Arrigo Building stands as one of the few remnants of an Italian-American enclave, and as the building for which Victor Arrigo arose to prominence as a politician who fought against Italian discrimination.