What is now known as the Thunderbird Lodge began its existence as a late-18th century fieldstone barn. It was then transformed into artist studios and attached to an early-20th century house connected via an octagonal staircase by the leading architect of the Arts and Crafts Movement, William Lightfoot Price. The lodge was part of the larger Rose Valley utopian community created by Price and others in 1901. The lodge later became the home of leading civil rights activists, Judge Allen and Mildred Scott Olmsted. It was then donated to the Rose Valley Centennial Foundation in 2015 by the Olmsted family. It now serves as an Arts and Crafts museum and is home to the Rose Valley Museum and Historical Society. The lodge was added to the National Register of Historic Places in 1989 and is part of the Rose Valley Historic District which was designated in 2010.

The Thunderbird Lodge with the former art studios on the left, octagonal staircase center, and residence on the right. 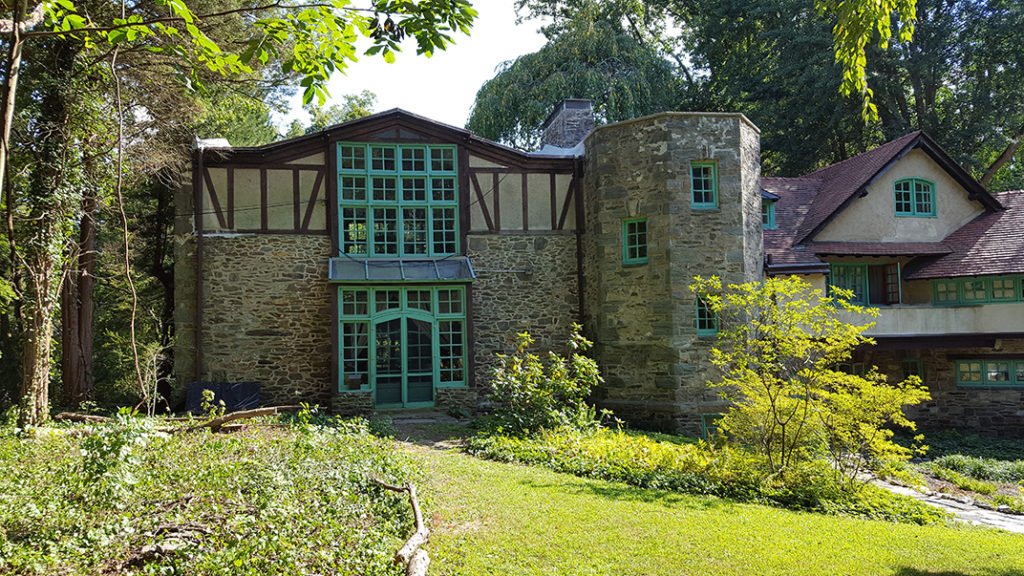 An insiders view of the lodge's unique octagonal staircase. 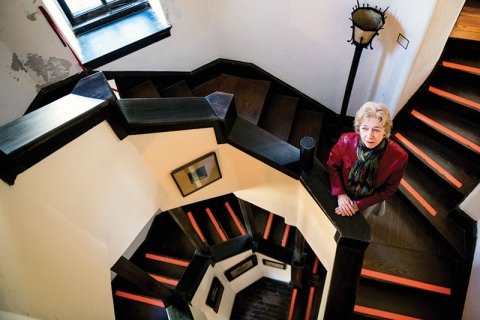 The "thunderbird" fireplace is located in Charles Stephens' former studio. 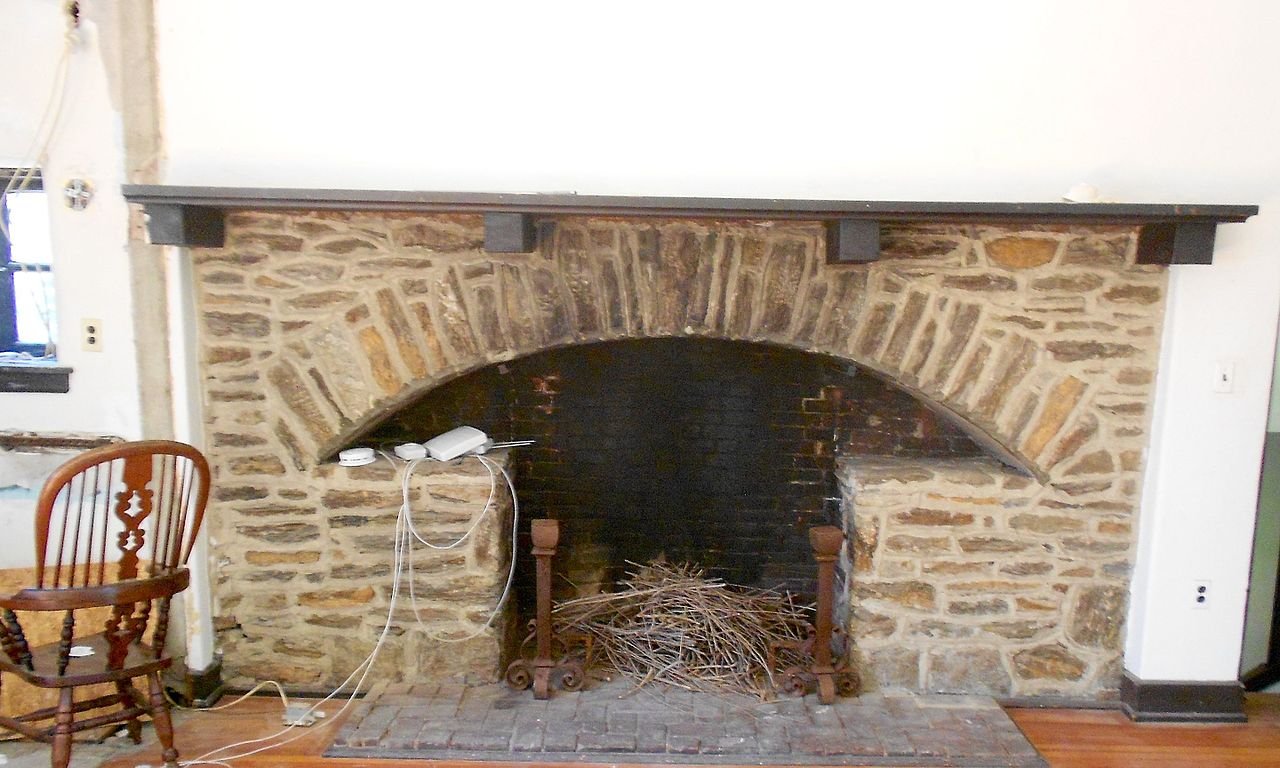 A dining area within the lodge's residence. 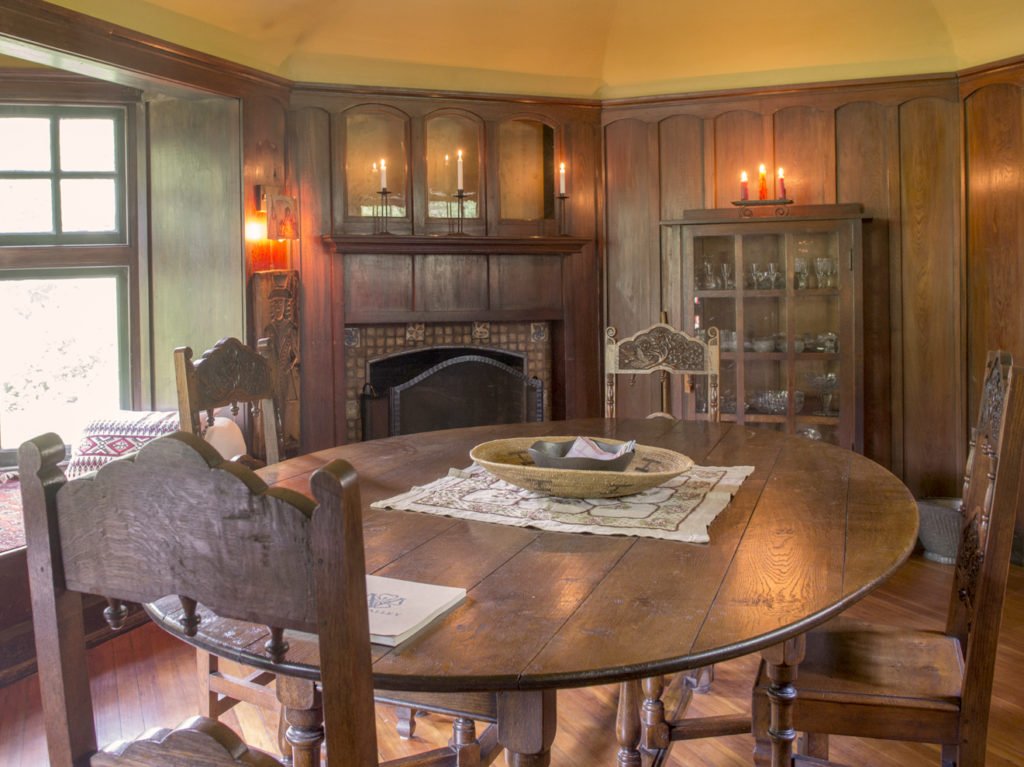 An artist's rendition of the Thunderbird Lodge.

While William Lightfoot Price was not the founder of the Arts and Crafts Movement, he certainly supported and promoted it with the creation of his Rose Valley community in 1901.  The Arts and Crafts Movement was a direct reaction to what Price and others considered to be the detrimental effects of the Industrial Revolution, especially to the artisans, craftsmen and artists in America.  The 80 acres of land he purchased around the defunct Rose Valley Mills already contained numerous buildings, to include twelve small homes, 2 mills, an historic stone house once occupied by Bishop White, and the fieldstone barn that became the Thunderbird Lodge.  Most of the buildings were renovated, expanded and covered with stucco and tile.

Price and other community members believed they could sustain their community by producing hand-crafted products, such as furniture, pottery, and art.  To that end, Price decided to take the old stone barn and convert it into art studios for Alice Barber Stephens and her husband Charles.  Alice was, by this time, a well-known painter, illustrator and teacher.  Charles, also an artist and teacher, collected Native American artifacts, hence the name of the lodge.  Price added a fieldstone and stucco home to the barn prior to his death in 1916.  The two structures are connected by a unique octagonal staircase which gives access to all levels of both buildings.

Charles Stephens died in 1931 and Alice passed the next year.  The Thunderbird Lodge was then occupied by Allen and Mildred Scott Olmsted who were both active in peace, women’s and civil rights organizations.  Allen Olmsted helped found the American Civil Liberties Union and Mildred held a leadership position in the Women’s International League for Peace and Freedom.  At the behest of Alice, prior to her death in 1990, the lodge was donated to the Rose Valley Centennial Foundation in 2015 and it was the Foundation that converted the lodge into a museum and events venue that tells the story of the local Arts and Crafts Movement through artifacts, classes, lectures and other special events.  The Thunderbird Lodge is open select weekends, usually one per month, throughout the year.  Please call or visit their website for more information.

Select weekends throughout the year. Please visit website or call for hours.