We introduce the story of Mother Jones and the rebellious miners of Illinois. Listen to actress Vivian Nesbitt performing a speech or excerpts from Mother Jones' autobiography on topics like child labor, the early labor movement, and the struggle to organize. 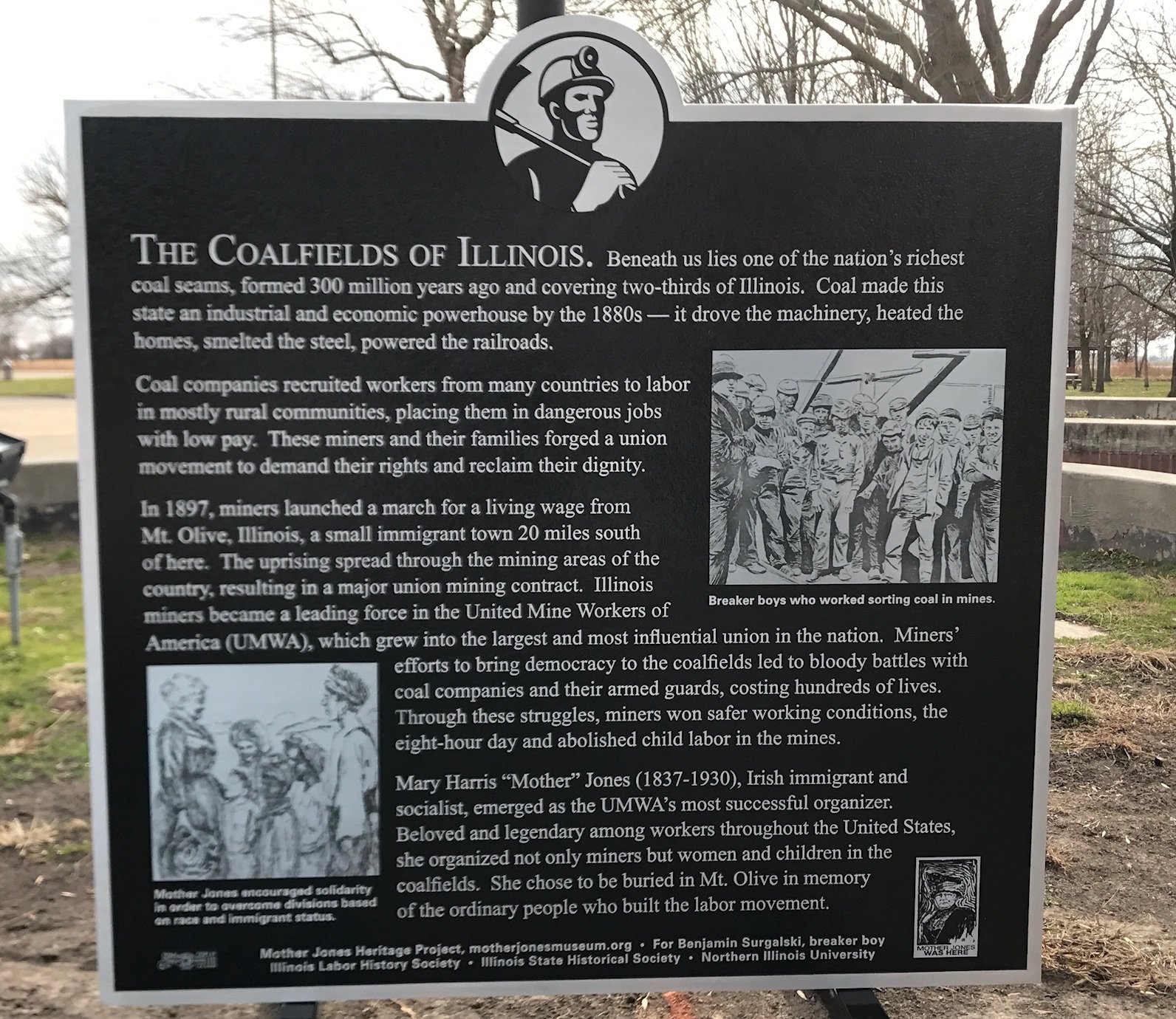 Beneath this ground lies one of the richest coal seams in the nation. Coal beds cover two-thirds of Illinois, and helped to make this state an industrial and economic powerhouse—it drove the machinery, heated the homes, smelted the steel, powered the railroads.

Coal was a source of energy that transformed the landscape, but the workers who mined it transformed society and politics. Coal companies recruited immigrants speaking many languages from across the globe to mostly rural communities. These miners and their families demanded respect and dignity for their vital work, and they did so by shaping a union movement.

In 1897, a march for a living wage started in Mt. Olive Illinois, a small immigrant town 20 miles south of here. This march spread through the bituminous mining areas of the Midwest and threatened to shut down the entire industry. This march and strike gave life to the United Mine Workers of America, which became the largest union in the nation. Continuing efforts to bring unionism to the coalfields resulted in bloody battles that took hundreds of lives in the coming decades. Through these struggles they won the eight-hour workday, the end to child labor, and safer working conditions.

One of the most successful organizers for the UMWA was  an Irish immigrant, Mary Harris “Mother” Jones. Organizing not only miners, but also women and children of the coalfields, she was the most famous labor figure of the era and inspired a generation of activists.  She chose to be buried in Mt. Olive in memory of the ordinary people who built the labor movement.