This beautiful Italianate home was built in c.1865 and is one of Constantine's more striking landmarks. It is named after two prominent physicians who lived in the house. The home is a private residence but can be easily admired from the street.

The Morse–Scoville House is one of Constantine's most beautiful landmarks. Designed in the Italianate style, it was built in c.1865. 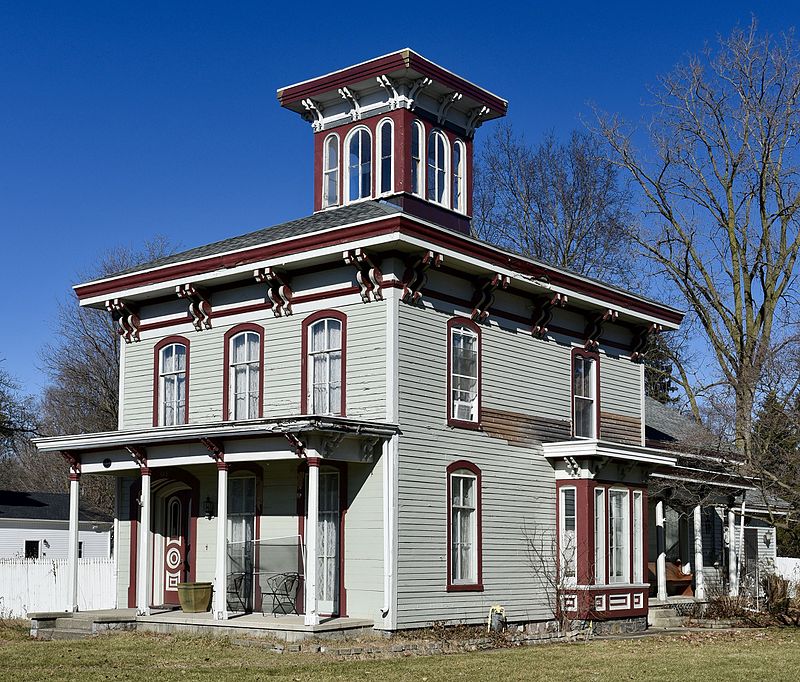 The first was Dr. Francis Morse, who built the home and resided in it until 1878. Morse owned a drugstore and became involved in the community by becoming a school trustee and serving in other roles. The other physician, Dr. Bela Scoville, lived in the house from 1881 until 1917 when he passed away. His widow, Jennie Scoville, remained in the house until her death in 1936. Bela Scoville served as a member of the Pennsylvania 12th cavalry during the Civil War and fought in a number of engagements including at Gettysburg. He operated a medical practice in Constantine. The Scoville family owned the house until 1974.