This exhibit displays a story about the 1933 march to Springfield for Labor and Civil Rights. It is another women's story long overlooked.

The women wore white as a uniform of solidarity. Agnes Burns Wieck is in the middle of this photograph. Learn more about her in the audio documentary. 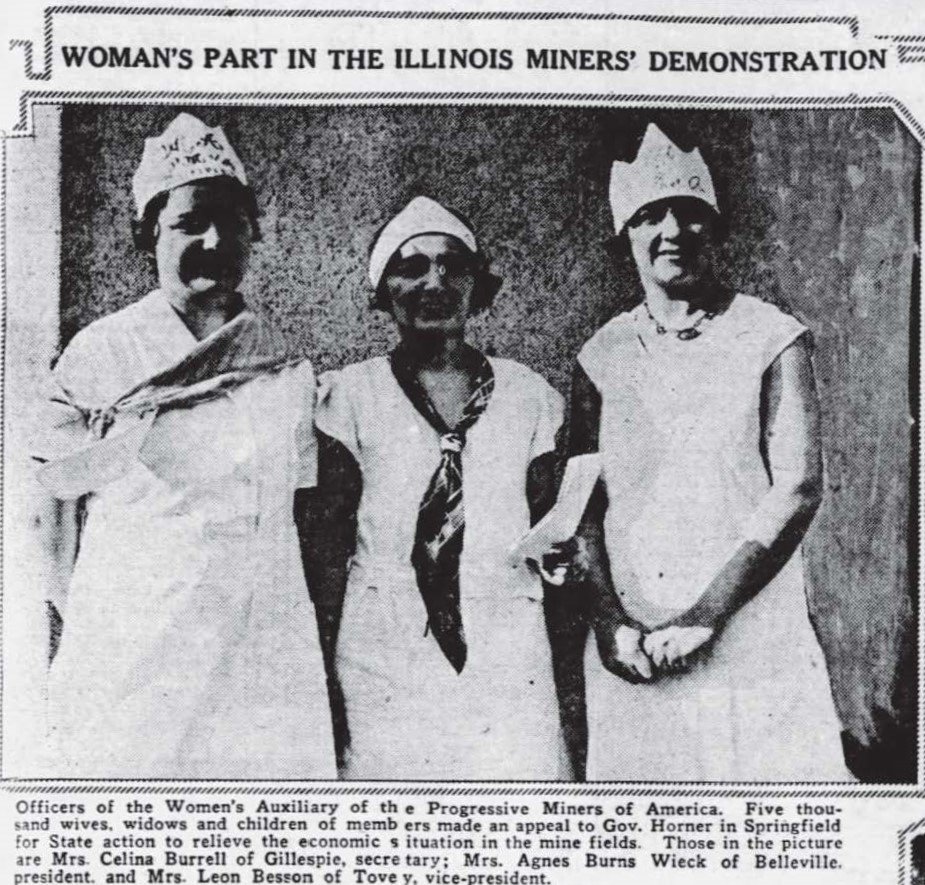 The women singing beneath the Lincoln Statue in Springfield 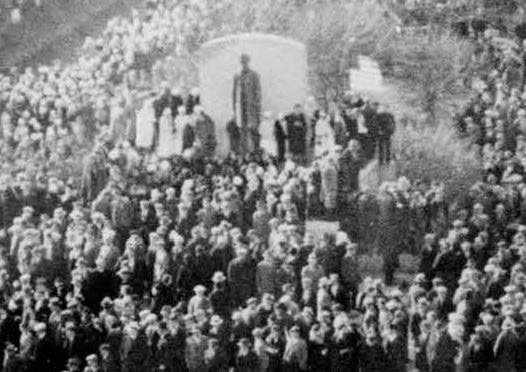 A contingent from the Taylorville, Illinois area comes to the march. 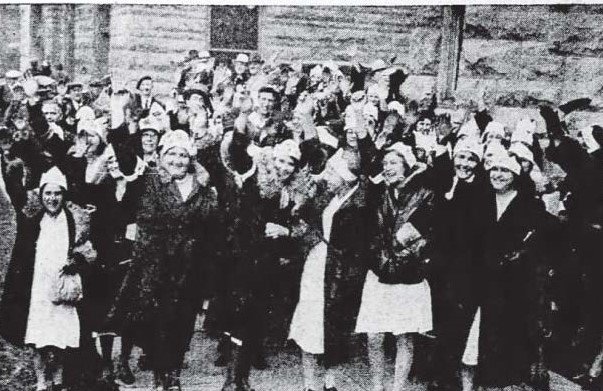 The women leaders of the miners movement wanted to follow in the Mother Jones and Illinois militant movement of launching major marches for representation. They were derailed in this project. 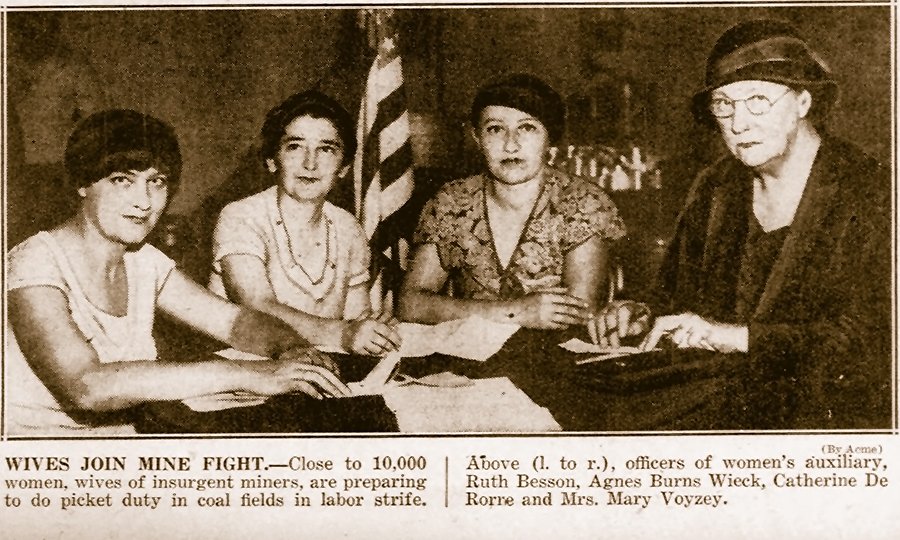 On a cold day in January 1933, in the worst year of the Great Depression, ten thousand women marched to Springfield to demand labor rights and civil liberties. They came from dozens of coal towns across Illinois, and they all wore white to represent working-class women’s solidarity.

“Never before had they sensed the significance of their collective strength,” wrote one participant; “It has been called the greatest women's march in labor history.”

The marchers were inspired by the memory of Mary Harris “Mother” Jones, 1837-1930, who urged working class women to imagine an empowered future. Echoing Mother Jones’ own words, one participant remembered, "We were not ladies. We were women." Another marcher said, “You are gone from among us, Mother, but your spirit still lives.”

Beneath the statue of Abraham Lincoln on the Illinois Capitol grounds, the long procession stopped. As five bands played, 10,000 voices joined in singing the verses to Solidarity Forever, a song inspired by a West Virginia strike that Mother Jones had been vitally involved in:

“It is we who plowed the prairies,
built the cities where they trade
Dug the mines and built the workshops,
endless miles of railroad laid;
Now we stand, outcast and starving,
mid the wonders we have made,
But the Union makes us strong!”
Backstory for documentary:

The 1930s was a tumultuous time for workers and Illinois was no exception. Illinois miners were deeply divided in a bloody conflict which lasted for years, later to be known as the Illinois Mine War. Instigated by John L. Lewis, the controversial president of the United Mine Workers of America, the mine war involved rival unions, coal companies, the state militia, and even former Governor Henry Horner.Through her leadership, Agnes Burns Wieck forged a new role for women in the labor movement and confronted John L. Lewis face-to-face to challenge the violence in the Illinois coal fields.The documentary features interviews with historians, first-person accounts, and reenacted performances to tell Agnes' remarkable story. Audio documentary produced by Greg Boozell