A garrisoned stockade fort protected an important railroad bridge here from Confederate raiders for most of the Civil War. On March 25, 1863, Confederate Cavalry General Nathan Bedford Forrest captured the main Federal garrison at Brentwood Station. As his troops moved the prisoners and captured supply wagons west to cross the Little Harpeth, he led a second column south to capture the Federal garrison and the railroad bridge just north of today's Concord Road. After a brief firefight, the garrison surrendered. The Federal Army later replaced the stockade with a strong earthen Fort at the bridge.

This is a letter written in June 1863 by A. Smith, serving with the US Army at Camp Brentwood. "Dear Jack, I have just come in from pickets. The fort I have just started to draw from you is all torn to hell. the banks and breastworks are all leveled to th 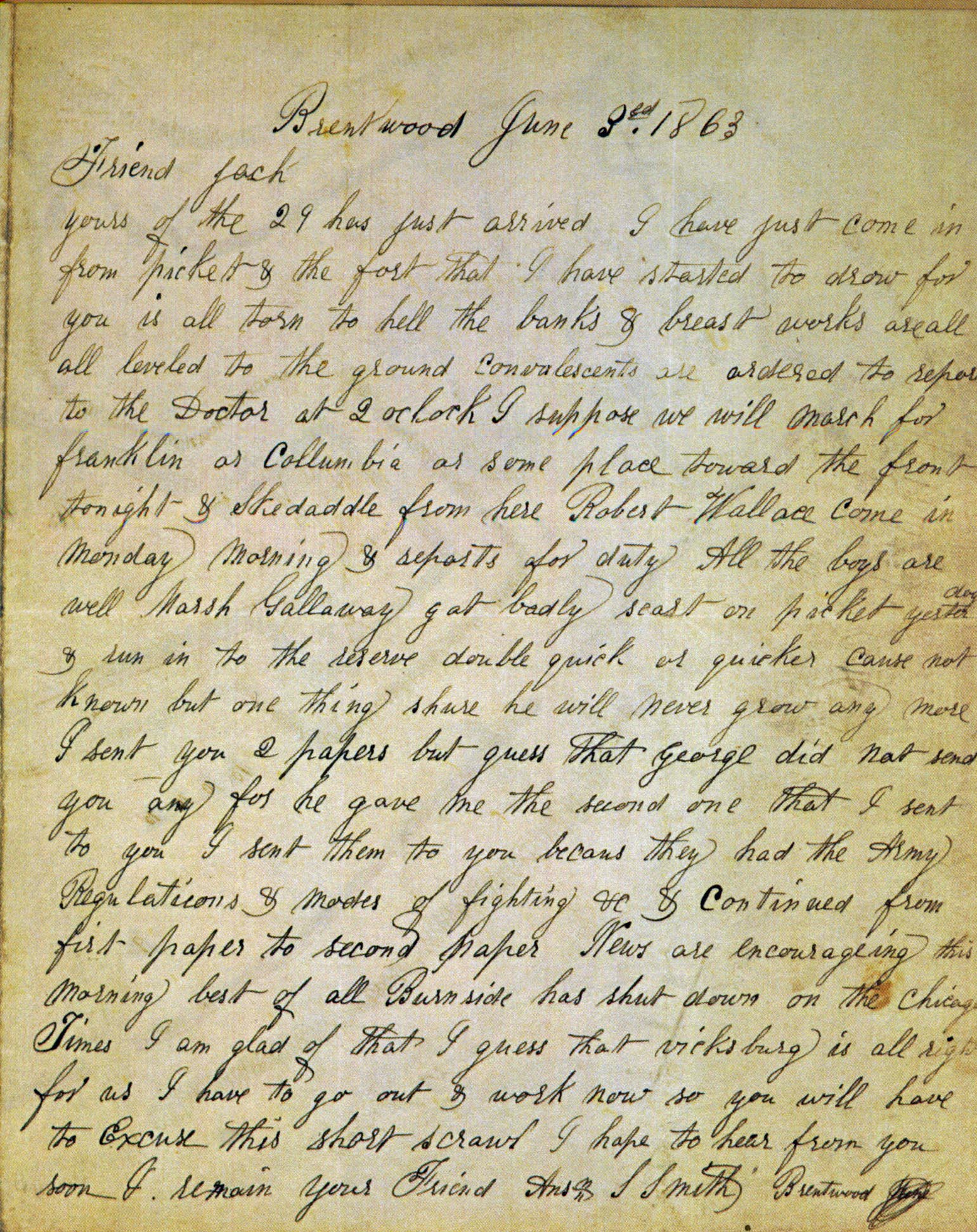 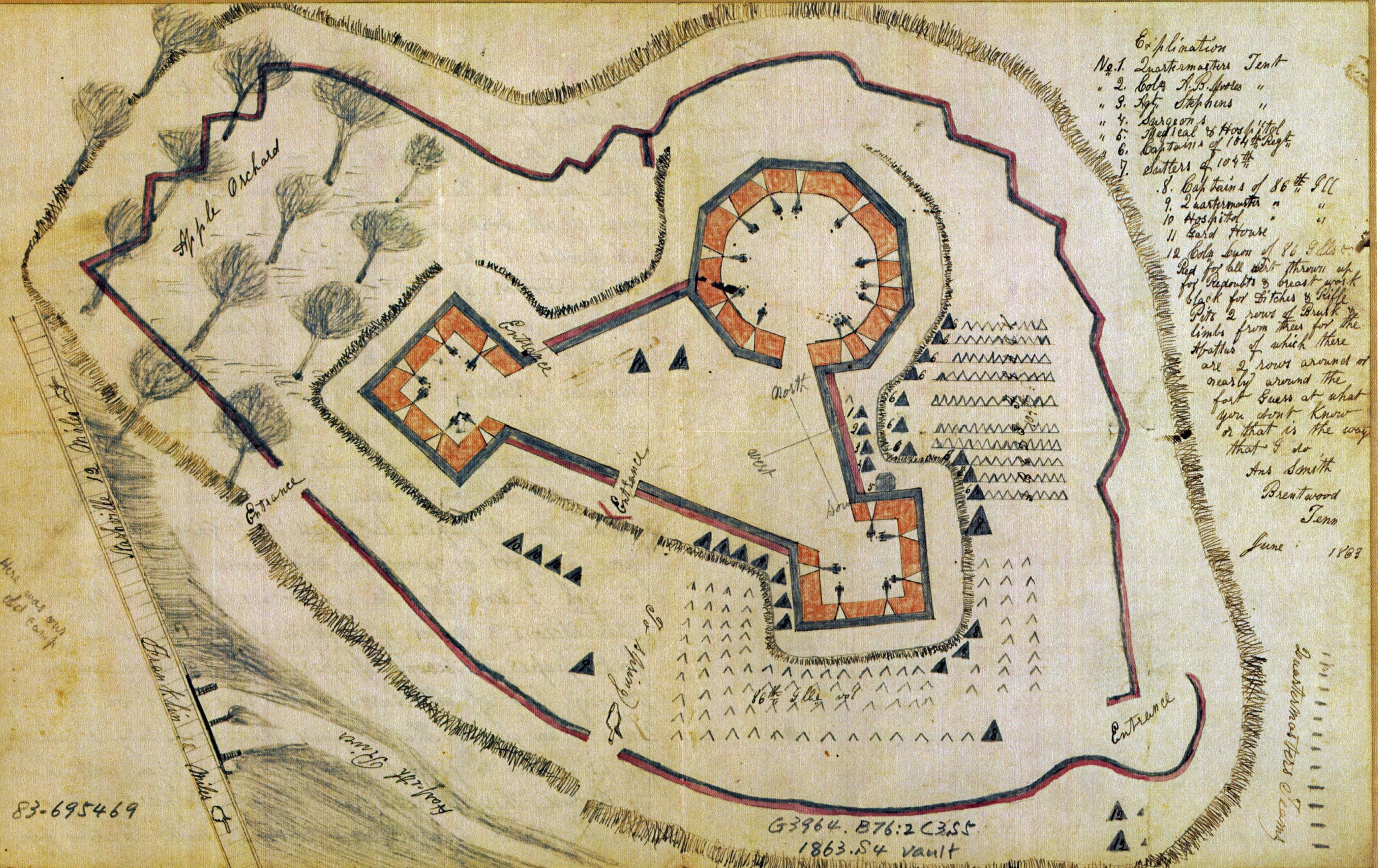