The Bank first opened as a jazz club in the former Commercial Savings and Trust Company in downtown Akron, Ohio. After the primary punk bar in the city closed in the late 1970s, the Bank became the local venue for Akron punk bands and fans and welcomed large acts such as Devo, Chrissie Hynde, Rachel Sweet, and Tin Huey. When the Akron punk scene declined, the bar shuttered its doors, the Anthony Wayne Hotel above the bar closed in 1985, and the building was demolished in 1996 to make room for the Canal Park Stadium.

The original vault from the Commercial Savings and Trust Company could be seen behind the bar at the Bank Jazz Club. 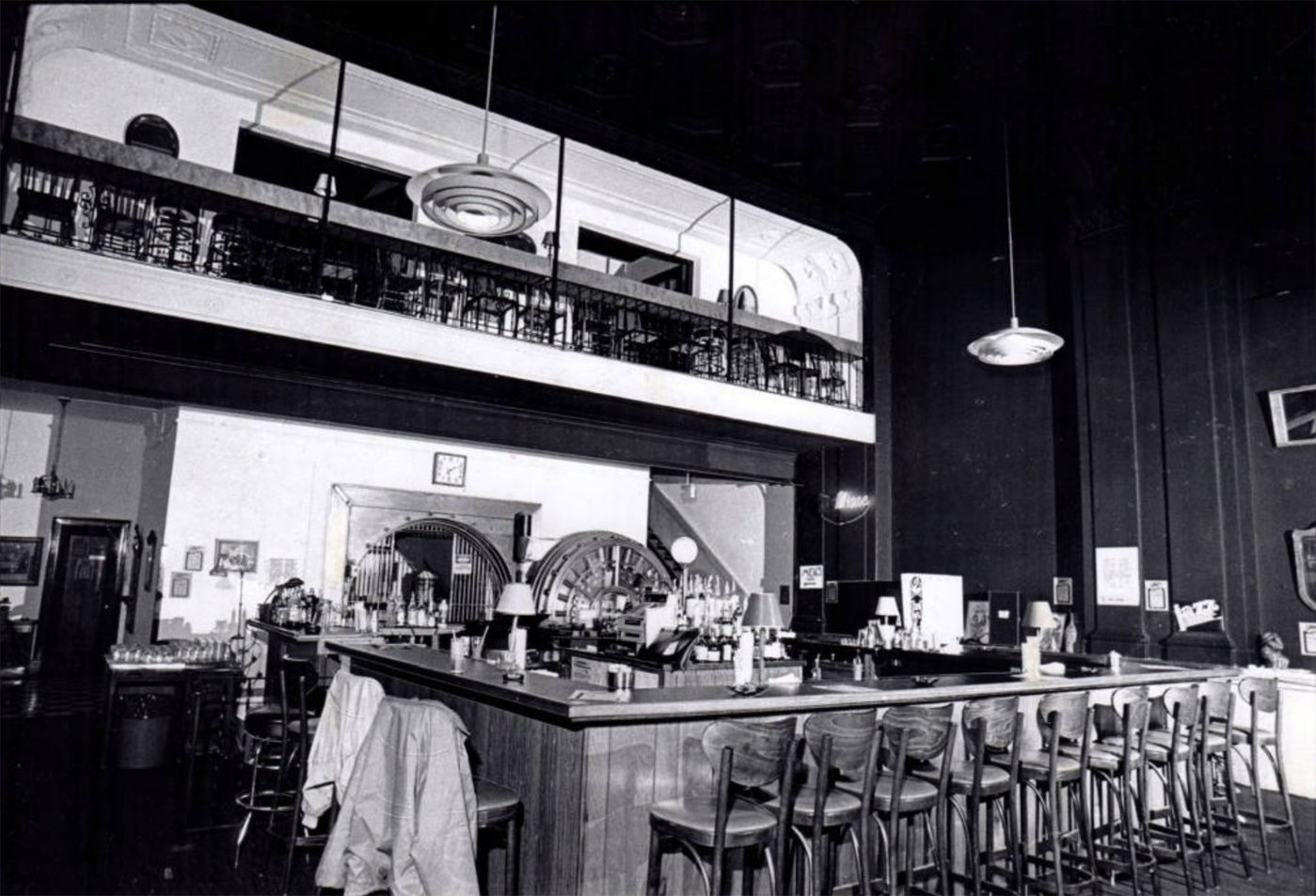 A promotional flyer for the Bank Jazz Club listing the address as 316 S. Main St. 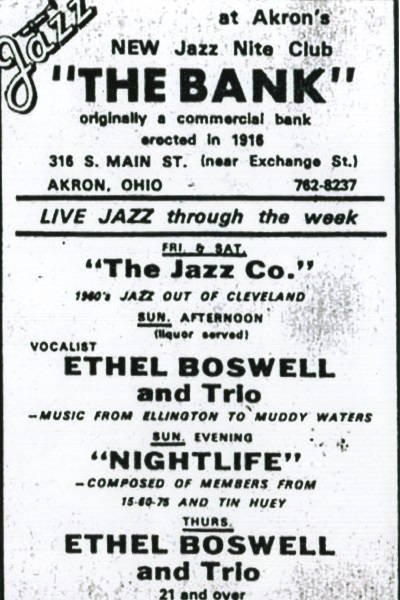 The Anthony Wayne Hotel with the Bank on the ground floor. 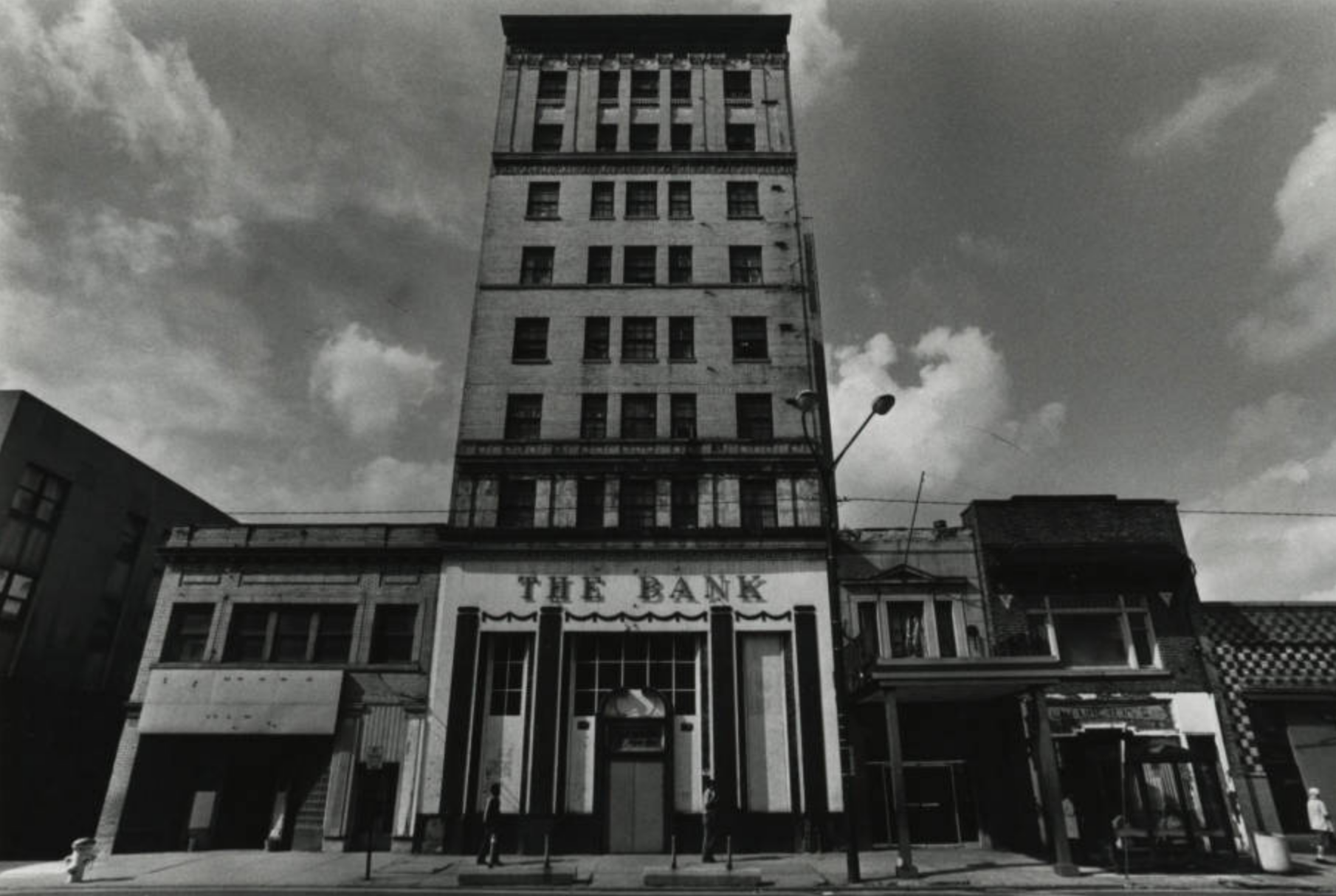 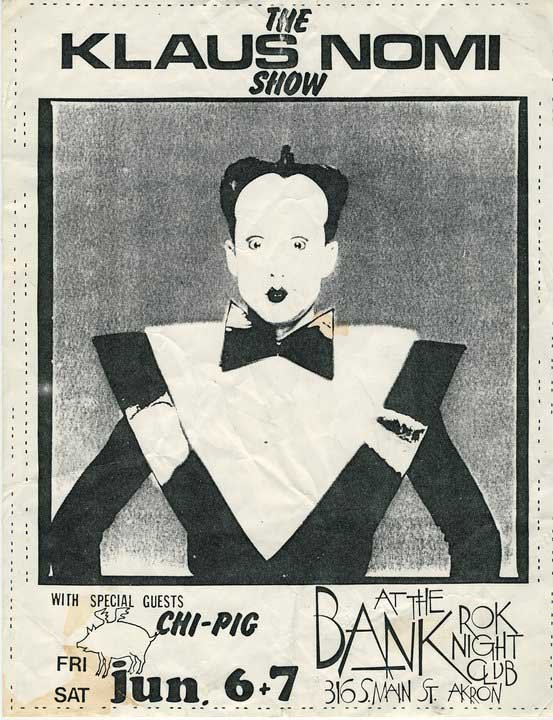 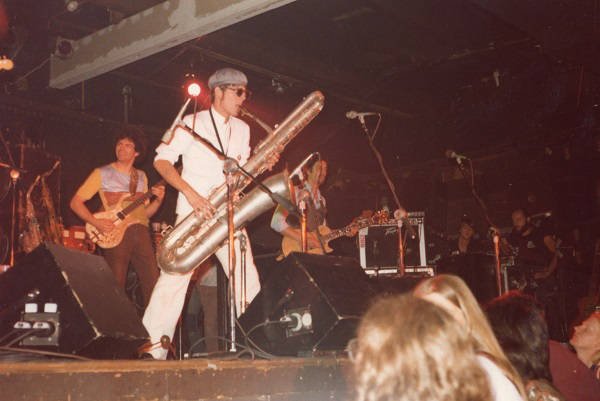 In 1982, the Bank held a benefit show for Johnny Teagle of Akron's Walking Clampetts who had been injured in a car accident. Flyers in the early 1980s began listing the Bank's address as 314 S. Main St. 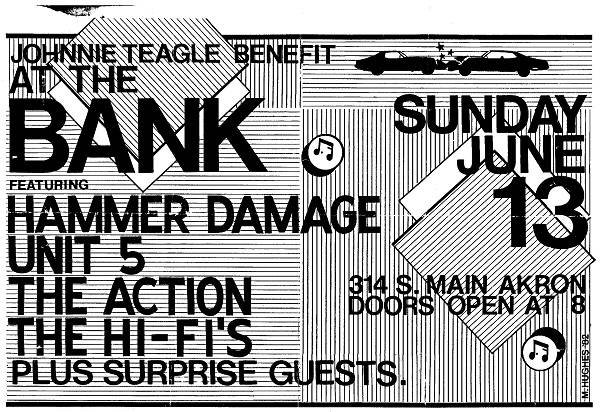 By the mid 1980s, the Bank and the Anthony Wayne Hotel were no longer in use, and the building was razed in 1996 to make room for the Canal Park Stadium. 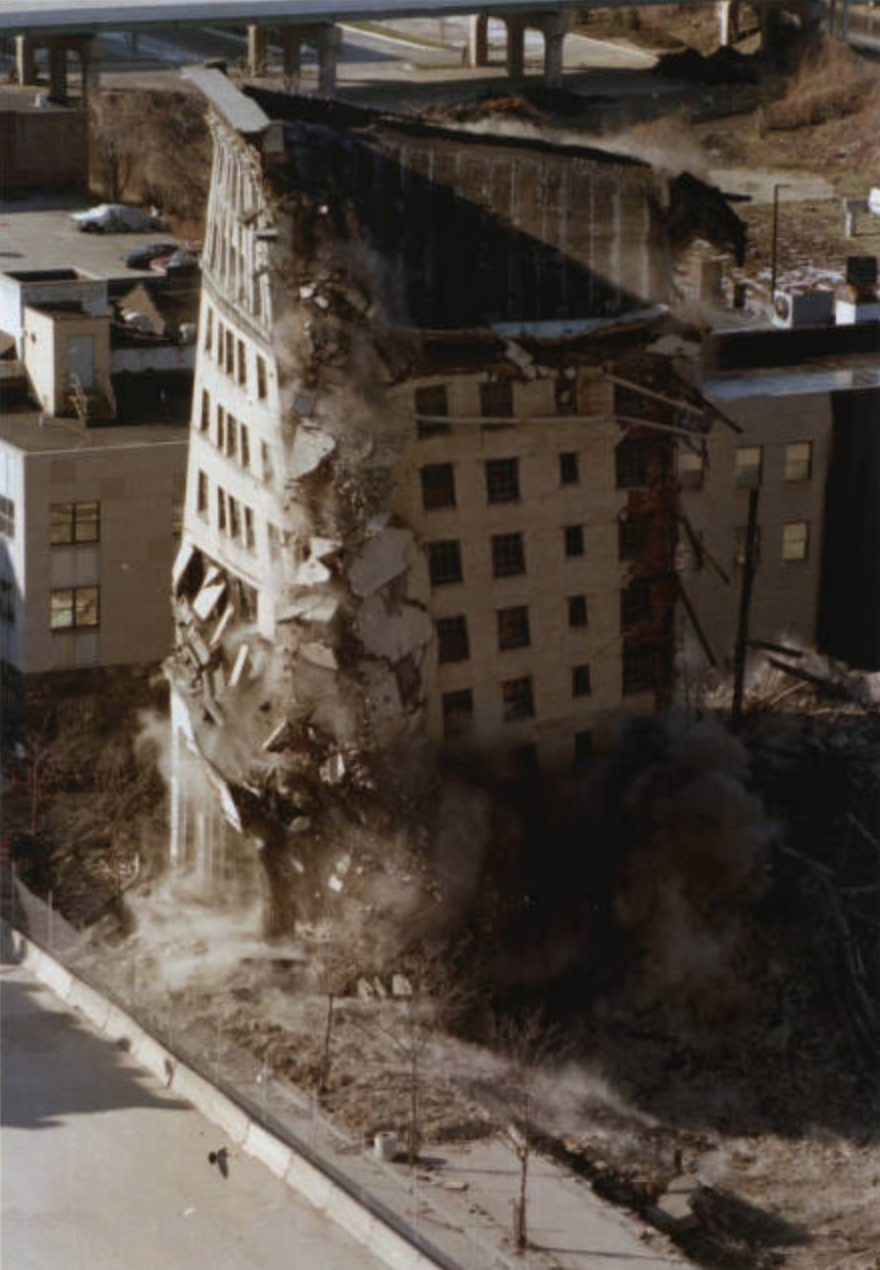 When a few Akron punk bands asked the owner of the Crypt if they could use the venue for punk shows, the owner simply gave the bar to members of Devo, the Rubber City Rebels, and the Bizarros and retired to Florida. The failing rubber workers bar on the edge of downtown became the home of Akron’s emerging punk scene and quickly grew an audience and attracted the attention of the music industry. In 1977, Devo and the Rubber City Rebels signed record deals and moved to Los Angeles, which led to the demise of the Crypt and left punk bands and fans without an Akron venue.
The scene that began at the Crypt moved closer to the heart of downtown in the Anthony Wayne Hotel at 316 South Main Street. The hotel, originally called the Bond Hotel, was built in 1917 and housed the Commercial Savings and Trust Company on the first floor. The bank closed in 1965, and in the late 1970s, lawyer Howard Allison opened the Bank Jazz Club in the empty space with the bar located in front of the original vault where he conventionally stored beer and liquor. Although the club featured big-name jazz acts, such as Jean-Luc Ponty and Keith Jarrett, it failed to attract a crowd in the blue-collar factory town and struggled financially. Allison reluctantly began allowing punk bands to play on slow Thursday and Sunday nights while Fridays and Saturdays were reserved for jazz performances.
Hailed by Melody Maker, the British music magazine, as “the new Liverpool” in the mid 1970s, Akron and its music scene became internationally known. The punk shows consistently brought a larger crowd and, consequently, a larger profit to the Bank, and Allison eventually gave up jazz to embrace the punk scene in the late 1970s and the New Wave scene in the early 1980s. Local bands Hammer Damage, Chi-Pig, and Unit 5 were rotating headliners at the club, but major acts, such as Devo, Chrissie Hynde, Rachel Sweet, and Tin Huey, often returned to their hometown to perform at the Bank. New York City music journalists frequently visited and wrote about the Akron scene, and theatrical New Wave artist Klaus Nomi traveled to Akron to perform with Chi-Pig at the Bank in the summer of 1980. Nomi’s sold-out show and tour of the city prompted Beacon Mag, the Sunday magazine of the Akron Beacon Journal, to feature Nomi on the cover with the headline “This Guy Thinks Akron is Pretty Unusual.”
The Bank closed its doors without notice in the early 1980s, and the punk scene moved east to JB’s in Kent, Ohio. The Anthony Wayne Hotel was closed only a few years later in 1985, and the building was demolished in 1996 along with its neighbors to make room for the Akron Aeros (now RubberDucks) Canal Park Stadium. Few photographs and videos of performances at the Bank exist compared to similarly vibrant punk scenes around the country. Although some grainy images of performances by major acts can be found, the scene was generally undocumented by the working class locals and college students who comprised the venue's audiences. Despite this, the “Akron sound” remains an important part of music history and the Bank is still fondly remembered by bands and fans alike.