Located next to the Mineral Wells School campus, the New Era Schoolhouse was built in 1884 and held full classes of students ranging from first grade through eighth grade. The school closed in 1956, and was moved to this location where it could be preserved as a museum. Tours of the school and its artifacts are available upon request and the caretakers of the historic school offer educational experiences for area children. The New Era School brings the past school life alive with items such as the original desks, a pot-bellied stove, slate chalkboards, oiled floors, an outhouse, and a coal shed.

The New Era One Room School at its Mineral Wells location.

View of the front of the class similar to what it was like in the early 1900s. 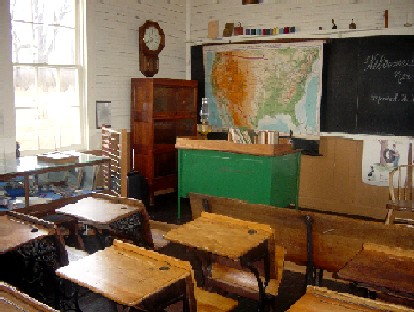 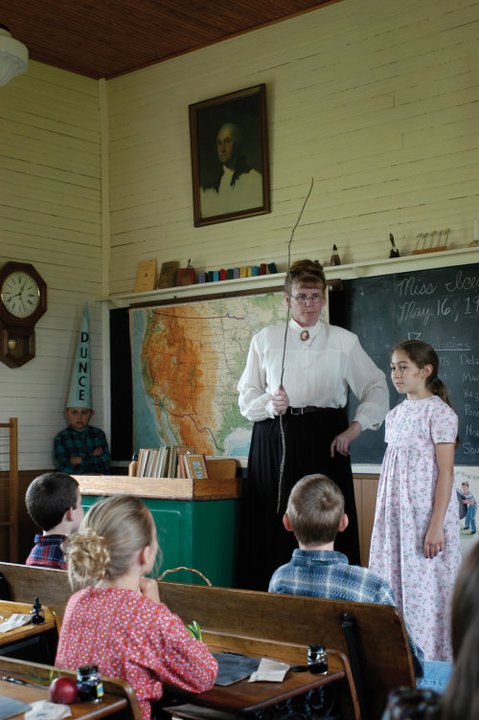 Image from 1900 of a class in the Lubeck District of West Virginia. 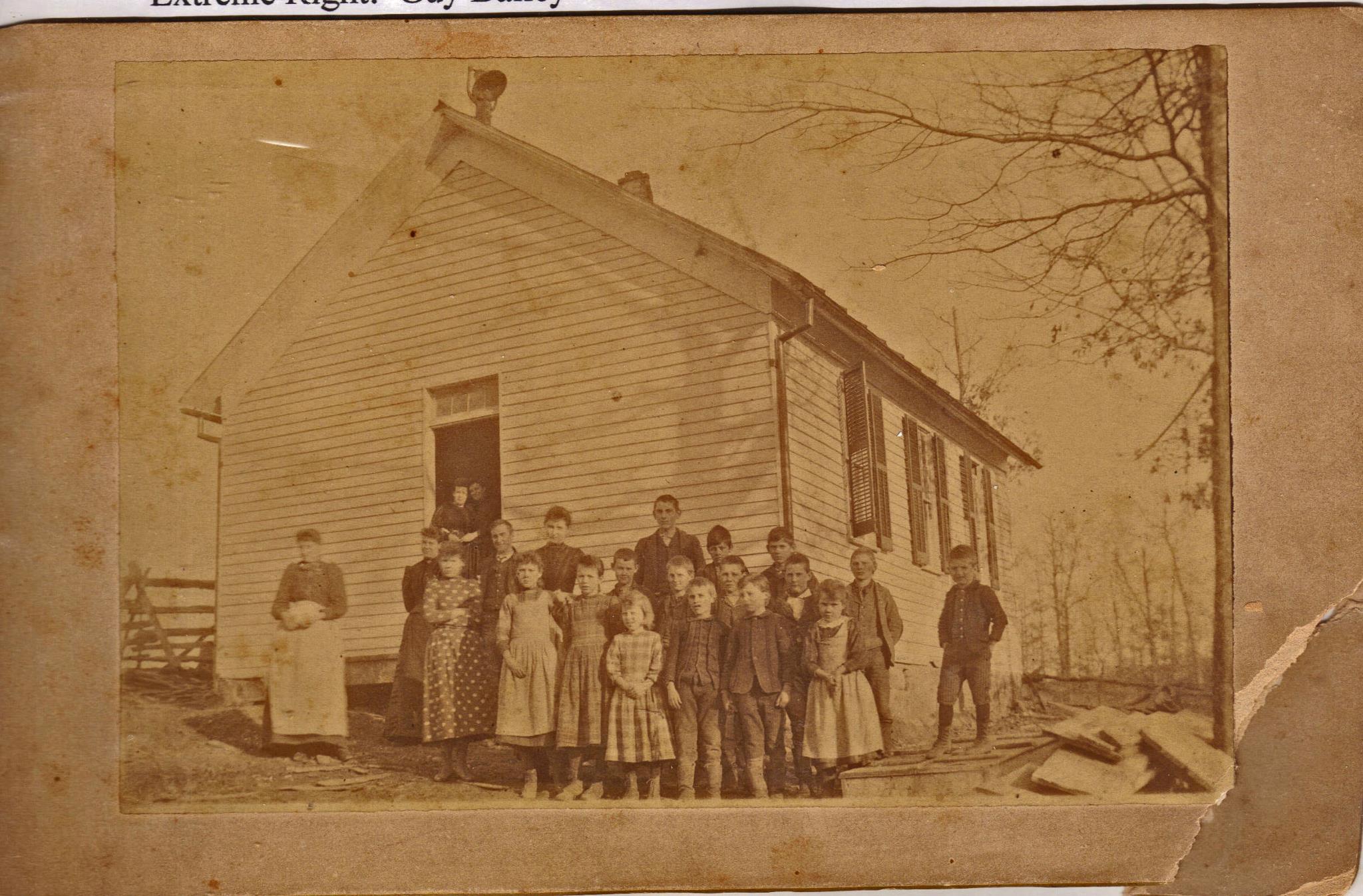 After seventy-two years of holding classes, this one-room school building on Missouri Run Road in Parkersburg closed. The building was preserved and later served as a community building for nearby schools. After several years as the Missouri Run community building, it then became property of the Wood County Association of Retired School Employees. A volunteer organization called the Living Heritage Museum Project later acquired the building and worked to restore it in 1991. Today, the New Era School offer tours year round, but they also hold special events throughout the year such as a haunted house around Halloween.

Esther Carroll, the co-founder of the Living Heritage Museum Project, along with several other members of the organization worked to return the building to its original state as a one-room schoolhouse. The organization decided that the New Era School could be used as a museum to educate the public and area schools.The building was then dismantled and moved down the road seven miles to the Mineral Wells School campus where it was reconstructed.

Furniture and many of the items on display in the school such as the desks come from the original schoolhouse. The tours offer an authentic experience as volunteers offer an interactive simulation of a historic schoolhouse. For example, a volunteer will play the part of a one-room schoolteacher in the early 1900s complete with the wardrobe and mannerisms of a 19th century schoolmarm. These volunteers will be firm and strict with thier “students” and explain what would be taught regarding the three major subjects; reading, writing, and arithmetic. After a short lesson, the “students” can play the typical games that of 19th and early 20th century recess. Some examples of these games consist of marbles, hopscotch, and ring around the rosy.