This beautiful Italianate-style house was built in 1880 by its namesakes Leverett and Amanda Clapp. It is one of the few Italianate houses in Centreville and as such is one of the more unique houses in Centreville. It is also significant for its association with Leverett Clapp, who served in a number of prominent political positions at the local and state levels. He was also a direct descendant of Captain Roger Clapp who, in 1630, captained a ship transporting a group of 40 Puritans from England to what would become the state of Massachusetts. The house appears to be privately owned but can be easily viewed from the street. There is also a historical marker on the front lawn that provides a historical overview of the house.

The Leverett and Amanda Clapp House was built in 1880 and is among the more beautiful historic homes in Centreville. 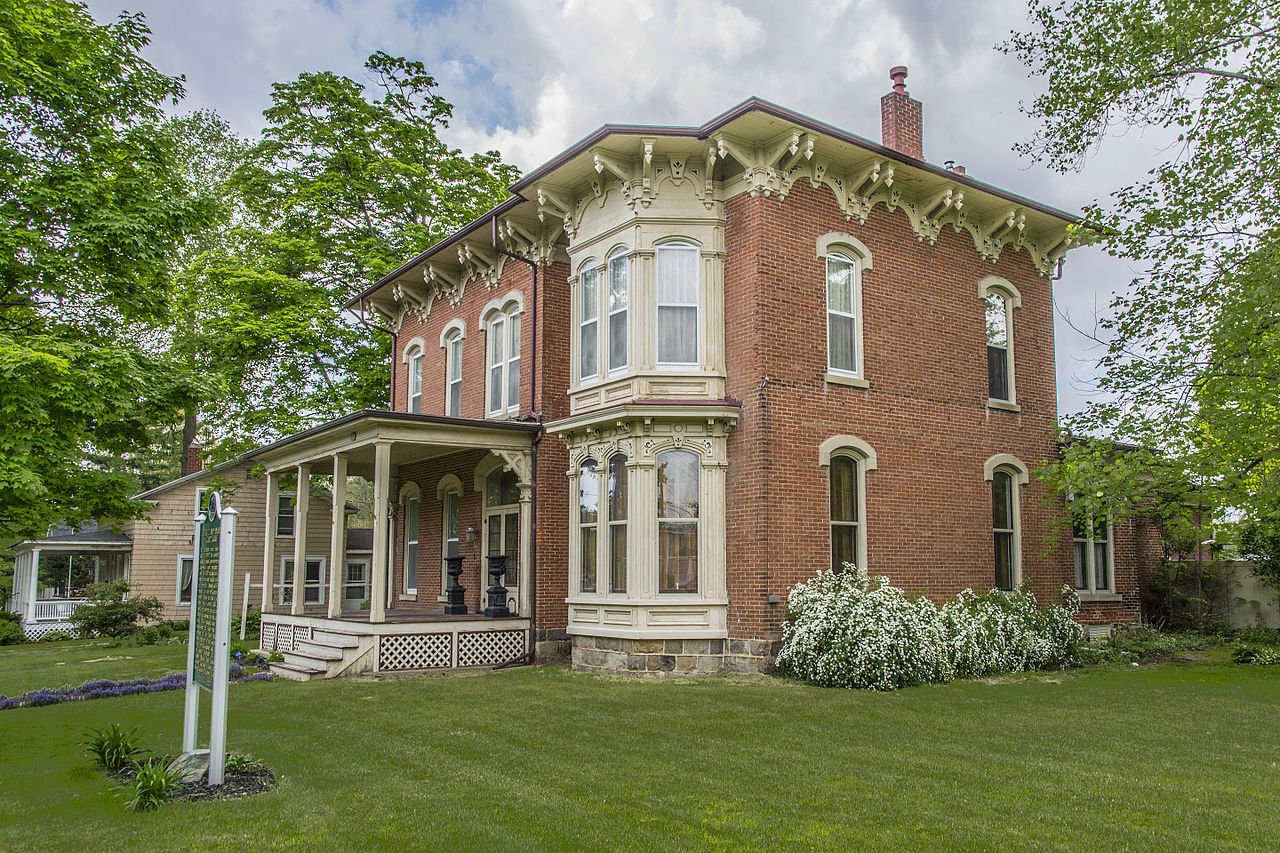 Leverett Clapp was born in 1837 in Mottville, Michigan. His political career began when he started working for his father, who was elected as St. Joseph County register of deeds in 1856. Leverett was elected to the position in 1864 and held it through the end of 1865. During these years, Leverett finished a compilation of abstracts of title for real estate (title to farm and village property) in St. Joseph County. He was elected as Nottawa Township Clerk in 1868 then as Michigan State Land Commissioner in 1872, which he served until 1874.

In addition to holding political positions, Leverett was also a businessman. He was secretary of the Farmers' Mutual Fire Insurance Company for 50 years; helped establish the First National Bank of Centreville; and he organized the Centreville Fruit-Preserving Company. He and Amanda had only one child, a boy named Edwin. Leverett passed away in 1929 at the age of 91.