Wahbememe Memorial Park is named after Potawatomi Chief White Pigeon (Wahbememe), who is buried in the park. A stone monument with an inscription commemorates his life and apparently marks the location of his grave. Legend has it that in 1830 he ran 150 miles without stopping to the white settlement here (which was later called White Pigeon) to warn of an impending Indian attack. He soon collapsed and died of exhaustion. The site is listed on the National Register of Historic Places.

The monument commemorating the story of Wahbememe. 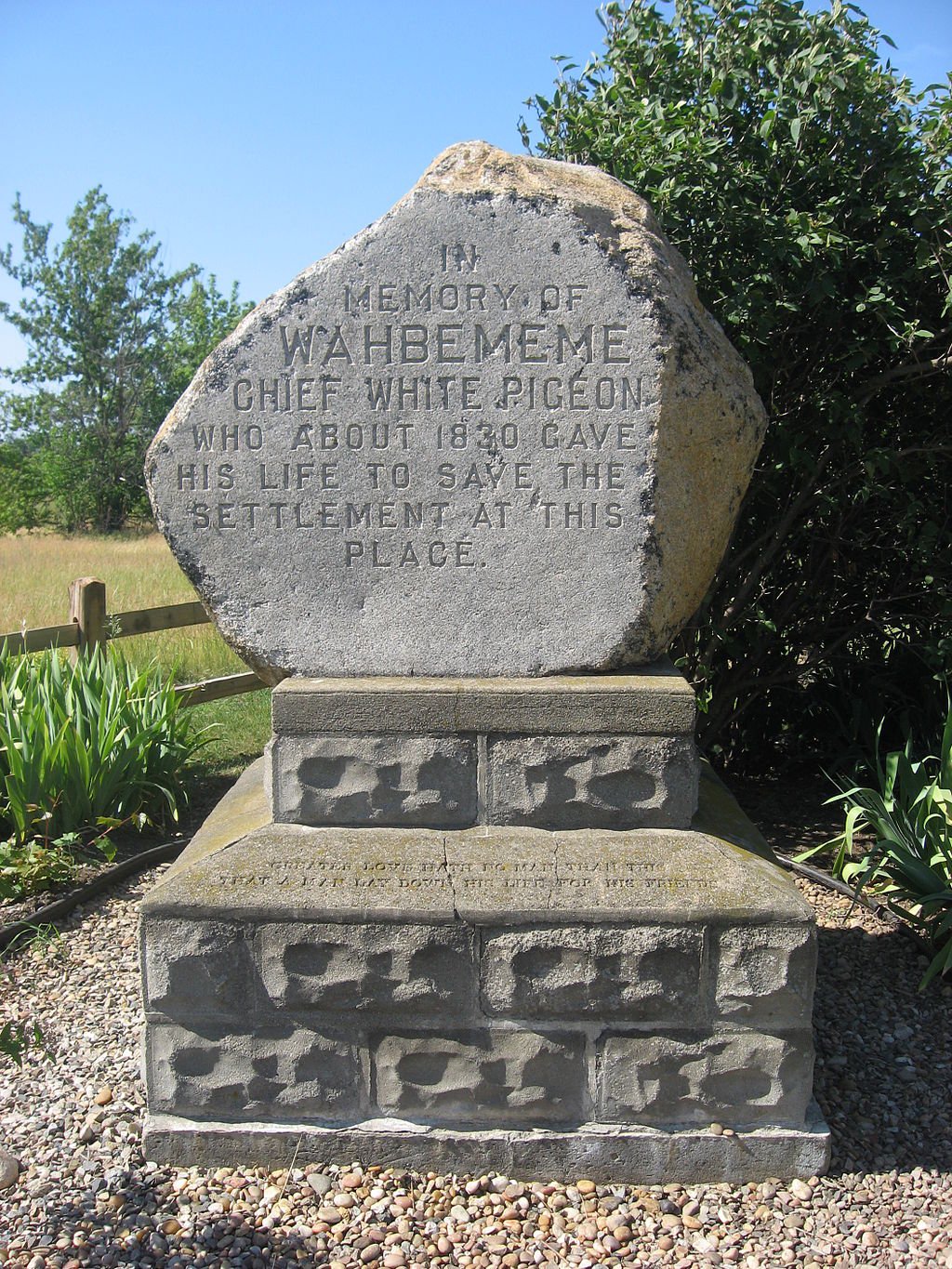 The story of Wahbememe's sacrifice is probably is not true because records indicate that during the War of 1812—in which the Potawatomi sided with the British—Wahbememe served as a messenger between the various Potawatomi tribes in the region. He was eventually apprehended in 1815 near Fort Wayne. He was also a signer of the 1795 Treaty of Greenville, which officially ended the Northwest Indian War, which began in 1785.

Despite these well-supported facts, the legend of Wahbememe's story emerged as a tradition in White Pigeon, as the town came to be called. Nonetheless, the site is still historically important as it is likely that the man buried here was Chief White Pigeon of a Potawatomi village in the St. Joseph Valley. It seems possible that there was more than one Wahbememe, since there are records with various spellings of the name in treaties signed in 1818, 1833, 1846.