The second generation Dutch immigrant, Peter Abbeldorn, inherited his father's shoe making and tannery store, which he later passed to his sons. His father, Ryer, arrived during the 1850s along with roughly 1,000 other "Hollanders," who fled the Netherlands large due to their religious and ideological differences with the Dutch government. Peter built the house in 1895, which resembles many buildings in Holland. The family lived in the home through World War II. 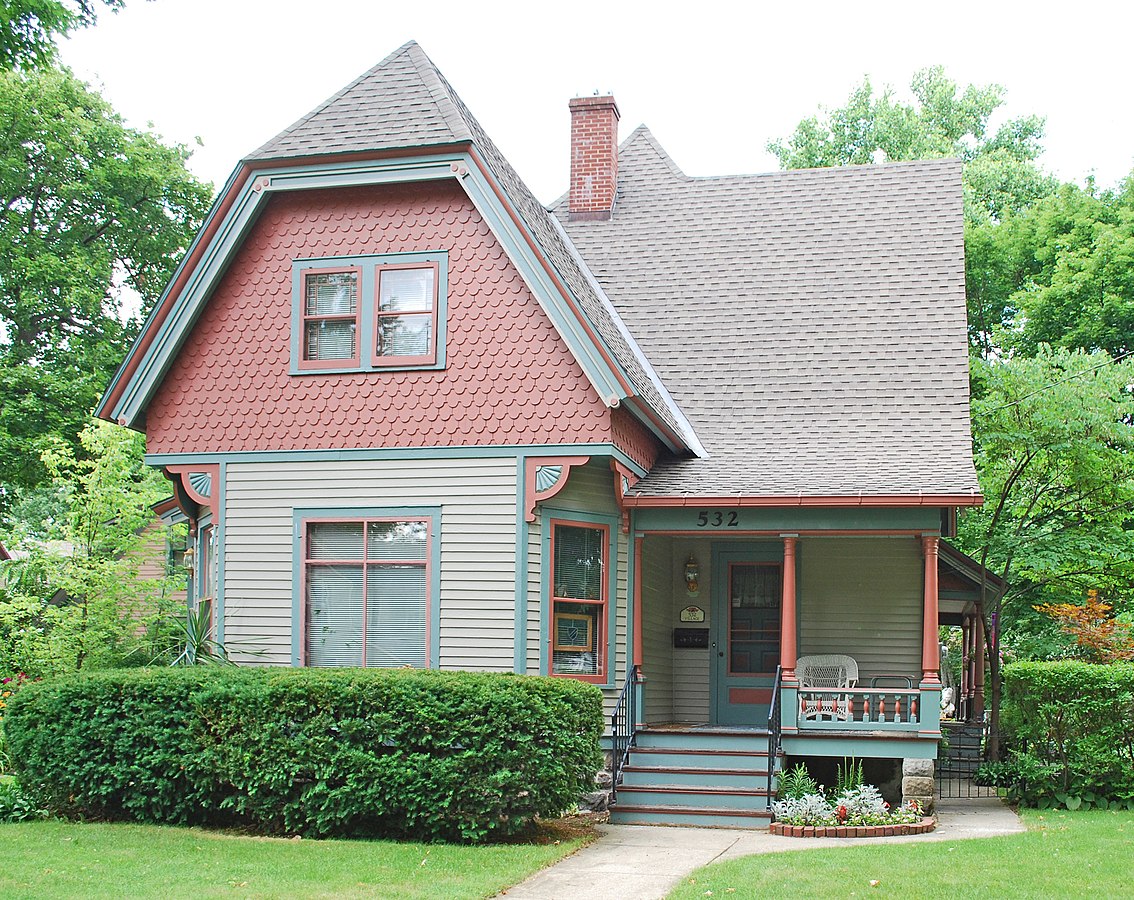 The Peter B Appleldorn House built in 1895 provides insight into the influx of Dutch immigrants that flooded into the region during the 1850s.  Peter inherited the tannery and shoe shop established by his father, Ryer, who arrived in Kalamazoo along with more than 1,000 of his fellow "Hollanders" from 1847 to 1860.
Peter's father, Ryer, arrived in the 1850s and established a successful tannery and shoe shop which he passed down to his sons. Ryer came to Kalamazoo during a time when numerous Hollanders -- more than 1,000 -- fled their homeland. The vast majority of Dutch fled the Netherlands as a protest of the government ostensibly giving Jews, Catholics, and Protestants equal rights in the eyes of the law. Indeed, Catholic Dutch and Calvinist Dutch in Kalamazoo are noted to have had a contentious relationship.
The Dutch arrival coincided with an overall trend in immigration to Kalamazoo (and much of western Michigan). Nearly 8,000 immigrants settled in Kalamazoo county between 1845 and 1860 which helped the city enjoy an overall population boom.
A 1914 edition of "Boot and Shoe Recorder," a magazine dedicated to shoes and fashion, includes a remark that Peter Abbeldorn & Sons shoe company sold one of its branches but had retained its Kalamazoo store, which the family had opened before the Civil War. That small blurb not only confirms the records that point to Peter and his father, but that Peter inherited the business and consequently involved his sons, the third generation of Appeldorns, in the operation of the family business.
The historic house Peter had constructed in 1895 is a two-story, frame, L-plan, Queen Anne structure with a small, open porch adorned with Colonial-Revival posts and balustrade, and covered by the overhang of a steeply pitched roof. The Appeldorn family lived in the house until World War II.

Jessup, Kathy. "Kalamazoo Has Been Both a Boiling Pot and a Melting Pot Throughout Its History." mlive.org. Dec 26, 2010. https://www.mlive.com/news/kalamazoo/index.ssf/2010/12/kalamazoo_has_been_both_a_boil.html.