H&H bagels is a popular Bagel shop on the Upper East Side of New York, New York. They are loved by people for having amazing bagels and plenty of options to have on the bagel. Their Midtown shop was opened in 1974, two years after they opened their first store on the Upper West Side. The owners pride themselves on keeping the legacy of making bagels the old- fashioned way. The menu consists of a variety of spreads, salads, egg options, fish options, deli options, specialty sandwiches, smoked fish, knishes, and 19 different flavors of bagels. 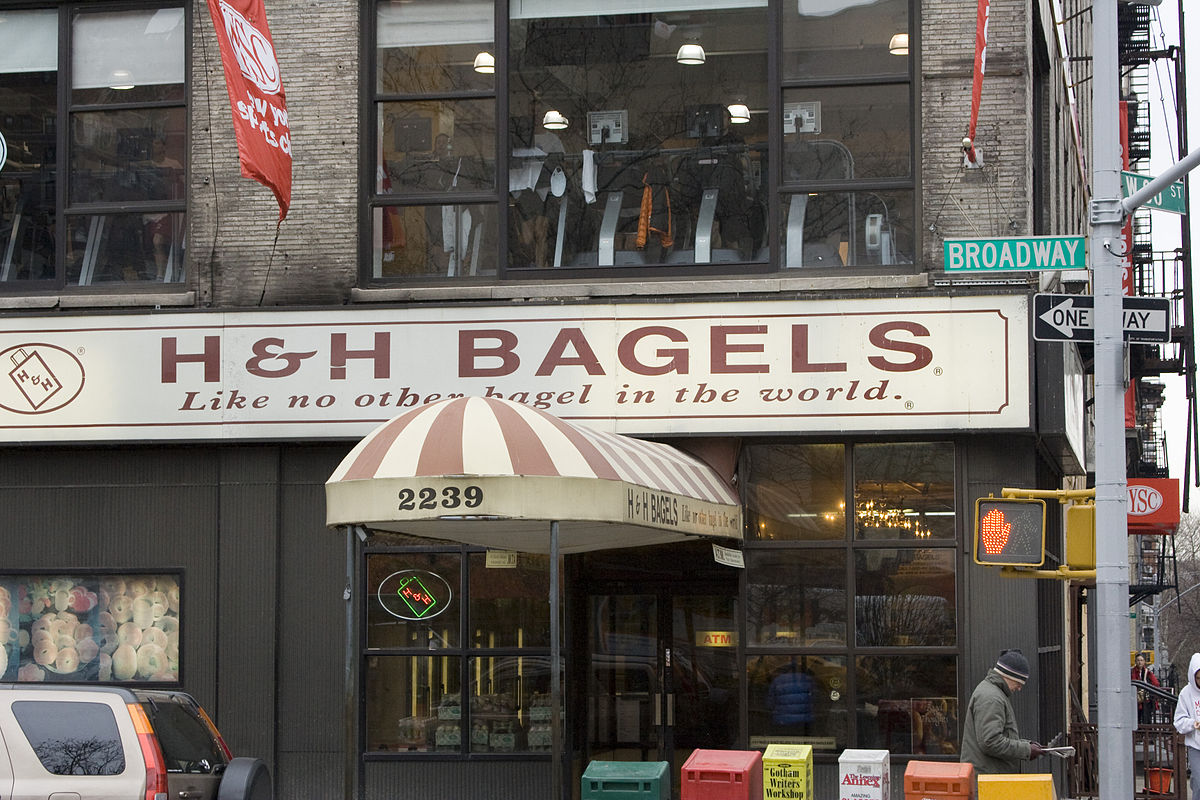 Bagels have been loved and cherished by many for decades. Bagels were not always this loved by the people. What is potentially thought to have been for the poor, is now in almost every store and home across the country. Like many things, bagels were not originally created in the United States. They were brought over by Jewish Immigrants.

What is now known as the modern day bagel was originally created in Krakow, Poland. There are different theories that explore and explain where the bagel has come from. The first being that the bagel was given to women during childbirth since the circular shape of the bagel can represent the endless cycle of life. Another theory is that bagels were meant to be an economical food for the poor because the hole in the middle allows for the saving of ingredients. Finally, the last theory is that Vienna bakers in 1683 created stirrup shaped buns in honor of the deliverance from the Turks by the Polish King John Sobleski (Smith, 2012).

When Polish immigrants brought bagels to the United States, there were different bagel bakeries popping up all over the place. Bagels were often sold on the street on sticks because of the hole in the center (Smith, 2012). The bakeries where the bagels were created by hand were often two- or three-person cellars that did not have much room. In the mid- 1920s, bagel bakeries started to decline because Jewish immigrants were moving onto other professions. A Broadway musical called Bagels and Yox put the word bagel back in mainstream magazines allowing them to rocket to popularity again (Smith, 2012).

A man by the name of Murray Lender helped the expansion of bagels to what they are today. In 1955, Lender joined his father's bagel business and helped to increase the business by packaging bagels to sell in grocery stores (Smith, 2012). He also started to experiment with different flavors for bagels by using different ingredients such as egg, onions, and pumpernickel flour. Years later in 1962, Lender's bought and made the first machine that could make bagels. With this new technology more bagels were being made and soon after the process of freezing bagels started (Smith, 2012).

Now in the 21st century, bagels are a part of everyday life and are available all across the nation. The immigration of Jewish Immigrants allowed for bagel businesses to open such as H&H bagels. New York bagels are often cited to be far superior than other bagels. It is often followed by the phrase "It's the water". H&H bagels is a popular bagel place in New York, New York that has two locations. One is in the Upper West Side and the other is in the Upper East Side. Their menu allows for costumers to choose from different spreads, toppings, specialty sandwiches, and 19 different bagel flavors (H&H Midtown Bagels East, 2018).

where you’ll find the good ones. Retrieved December 9, 2018, from https://www.6sqft.com/the-new-york-bagel-the-hole-story-from-history-and-chemistry-to-where-youll-find-the-good-ones/

Balinska, M. (2008). The Bagel: The Surprising History of a Modest Bread. Yale University