The first telephone exchange was located in The Boardman Building, which has been demolished, and allowed more than two phones to be connected to each other. Thanks to the exchange, individuals only had to purchase a single phone and could connect to theoretically infinite other phones. This exchange was capable of connecting 64 lines and was built from scrap parts. The exchange was also host to the first ever telephone directory.

The Boardman Building where the exchange was located 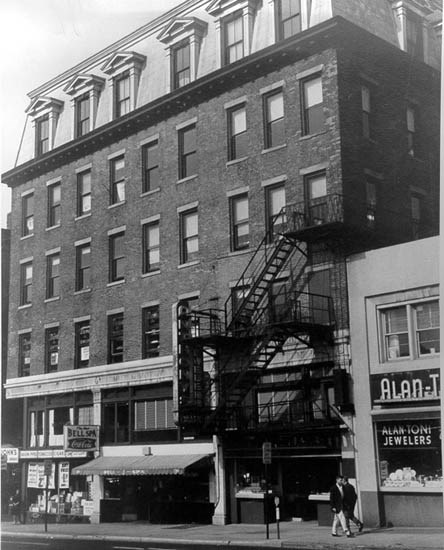 The first telephone directory from this telephone exchange 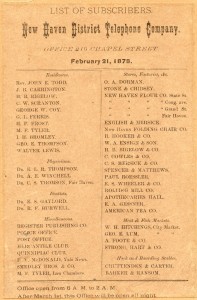 The demolition of the Boardman Building making room for a new parking garage. 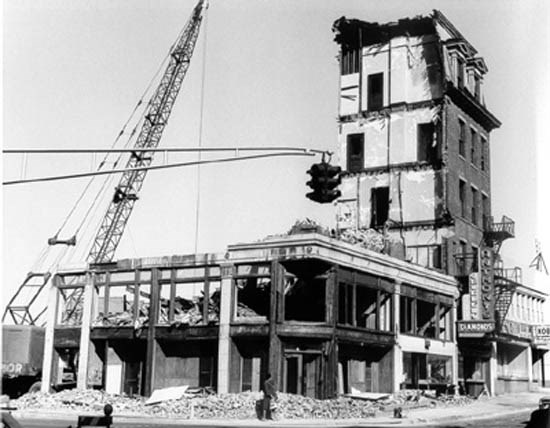 The first telephone exchange was in the Boardman Building in New Haven, CT. The original building was demolished in 1986 and turned into a parking garage, and the exact location of the building is unknown. The telephone exchange was built and designed by George W. Coy, who was inspired by Alexander Graham Bell’s lecture demonstrating a three-way telephone call at the Skiff Opera House on April 27, 1877. After being inspired, Coy applied for a franchise license from Bell Telephone Company and was approved on November 3, 1877.

The switchboard was constructed from salvaged parts that Coy found elsewhere, and Herrick P Frost and Walter Lewis provided funding to Coy to build the exchange. The exchange could connect up to sixty-four customers, but only two conversations could be had at once. The District Telephone Company of New Haven started business with only twenty-one subscribers and charged $1.50 per month per line, this equates to $38.71 in modern currency. Just one month after opening in January, the company published the first telephone directory and had fifty subscribes listed; many of these were businesses.

Before switchboards were invented, if someone wanted a telephone, they would buy them in pairs and the phones would be directly connected to each other and could only ring the other phone. Thanks to Coy’s switchboard, someone could buy one phone and be able to connect to anyone who was also connected to the switchboard by calling the central office and speaking with the operator and asking to be connected to a certain line.

The site of this exchange quickly outgrew the building, and a new exchange was built, causing the exchange in the Boardman Building to become obsolete. The building was designated as a National Historic Landmark on January 29, 1964 and a plaque was placed on April 23, 1965. But, in 1968, the building was purchased by the New Haven Redevelopment Agency and was demolished and turned into a parking garage. The building was demolished in 1973 as part of a 129.3-acre rehabilitation project and the Landmark Designation was withdrawn later that year.