Jacobs' Pharmacy and Historical Marker for the First Coca-Cola Served

Jacobs' Pharmacy was the first establishment to serve the now famous beverage, Coca-Cola, on May 8, 1886. Jacobs' acquired the building in 1884 and sold his interest in Coca-Cola to Asa Candler, who later took control of the company from the drink's inventor, John Pemberton. The building has long since been demolished, but this historical marker, installed in 2016, represents the history of the pharmacy and its now-famous beverage.

This historical marker was dedicated in 2016 at the request of the Coca-Cola company. 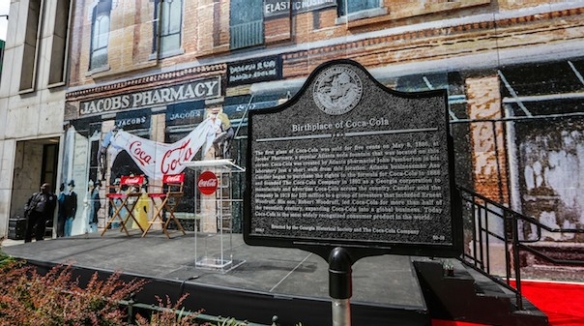 Jacobs’ Pharmacy was the site of the first sale of a Coca-Cola beverage on May 8, 1886. 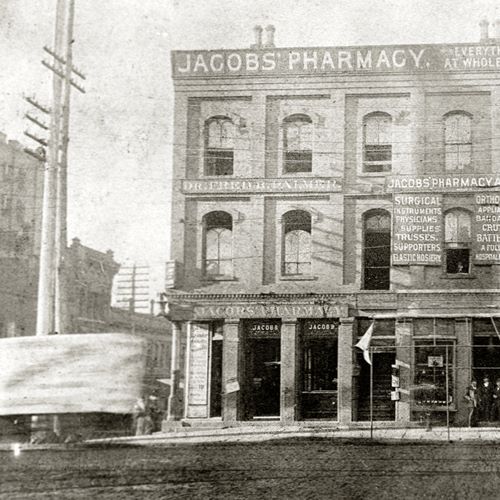 Dr. Joseph Jacobs. Credit: Atlanta History Center "After disposing of my Coca-Cola stock to Mr. Candler, I never owned any more of it, which evidences my poor judgment," Jacobs wrote in a 1929 article. 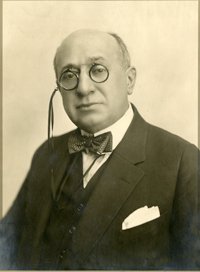 The first version of what became Coca-Cola was sold at Jacobs' Pharmacy in 1886. The drink was invented by John Pemberton, a former Confederate officer. After being wounded in battle, he became addicted to the painkiller morphine. In attempting to cure his addiction, he experimented with other narcotics, including cocaine, at a time when this was not a controlled substance.

While cocaine may or may not have been included in the version of the cola sold here, kola nuts were a core ingredient, along with sugar and the significant amounts of caffeine the kola nuts contained. Today, kola nuts are not directly used in the production of the drink, but the caffeine and the sugar still post health problems if consumed in large quantities. The company also now offers versions of the cola without sugar and caffeine.

Joseph Jacobs, the owner of Jacobs' Pharmacy, studied under Dr. Crawford W. Long, the doctor who discovered Ether's Value in surgery. Jacobs received a degree from the Philadelphia College of Pharmacy in 1879. Despite the historical significance, the original building was demolished many years ago. The Coca-Cola company requested permission to erect this marker, to designate the importance of the location's history in 2016.

Asa G. Candler signed on as an investor in one-third of the Coca-Cola brand in 1887 and later persuaded Pemberton to sell the formula for $2300. Candler sold the brand to a group of investors in 1919, a date that could be considered the start of the modern Coca-Cola company.