Now home to a restaurant called Clara's on the River, the former Penn Central Railway Station was built in 1888. It was constructed by the Michigan Central Railroad Company and designed by architecture firm Rogers and MacFarlane in the Romanesque style. The station, which is listed on the National Register of Historic Places, was built to support the growing town as well as Fort Custer. Its usage increased significantly during World War I, as large numbers of soldiers departed from the station for Europe. The most prominent feature of the building is the clock tower. Generally speaking, the station has been largely unaltered and appears much as it once did. Inside, visitors will get to see a number of antiques and period items including railroad memorabilia, a restored ticket counter, and a carousel horse from the Upper Peninsula.

Penn Central Railway Station was built in 1888 and is now home to the restaurant Clara's on the River. 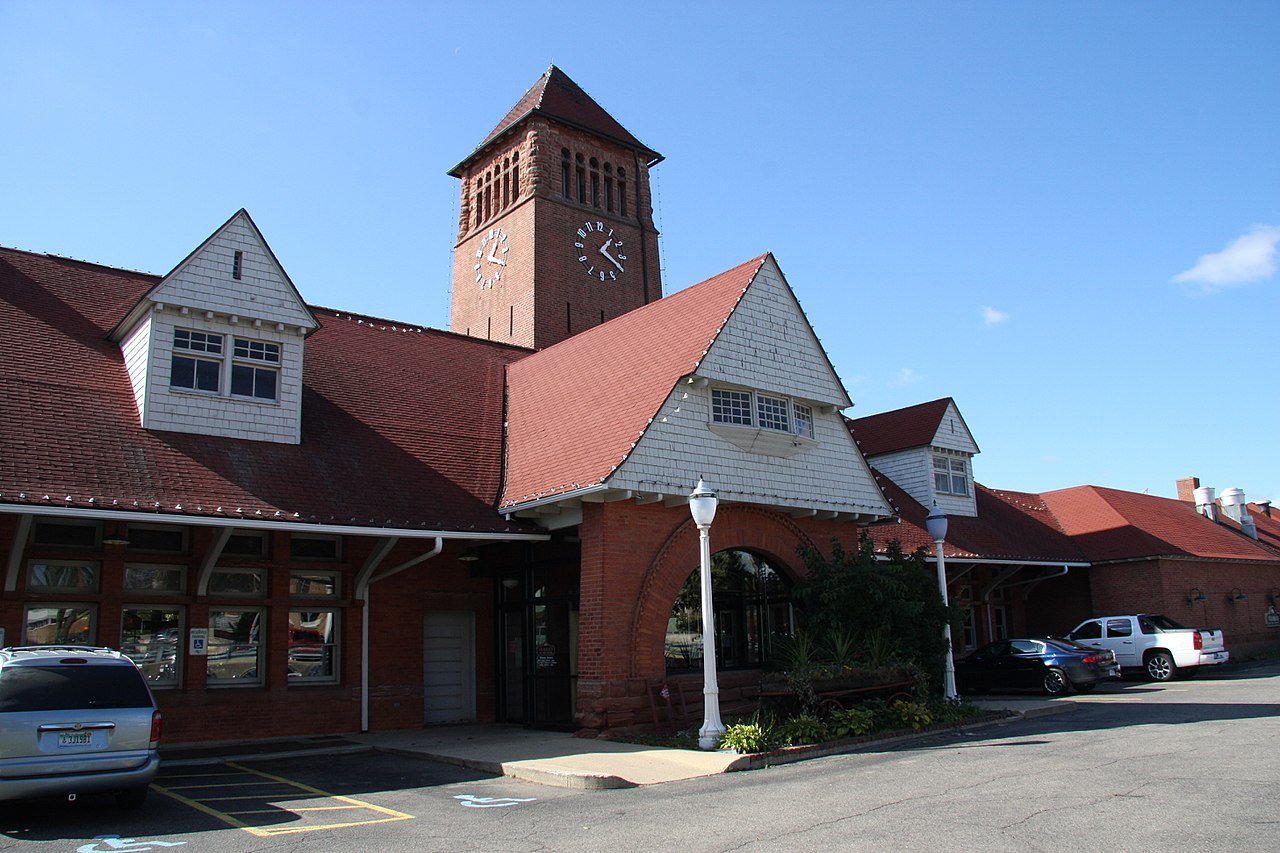 The station replaced a smaller one located on Monroe Street. Its size and fine architecture reflect Battle Creek's rise as an important economic center and the fact that it was a stop on the railroad's line from Chicago to Detroit. Ownership transferred to the New York Central Railroad in 1918. This arrangement lasted until 1968 when the Penn Central Transportation Company bought it. Passenger service continued until the early 1980s and the restaurant opened in 1992.