Chicago’s Union Station has served as the city’s primary railroad hub since its completion in 1925. Designed by the renowned Chicago architect Daniel Burnham, who also designed Washington, D.C.’s Union Station, and completed by the architectural firm Graham, Anderson, Probst and White, the Beaux-Arts style building took ten years to complete at the cost of $75 million dollars (the equivalent of $1 billion dollars in 2017). Union Station is the only station in the United States that possesses what is known as a double-stub, where the station’s 24 tracks approach from two directions without continuing under or through the station. In 1991, a lengthy $32 million-dollar facility improvement restoration project was completed, and the station was designated a Chicago Landmark in 2002. Chicago Union Station is Amtrak’s fourth busiest station, serving over three million customers per year. 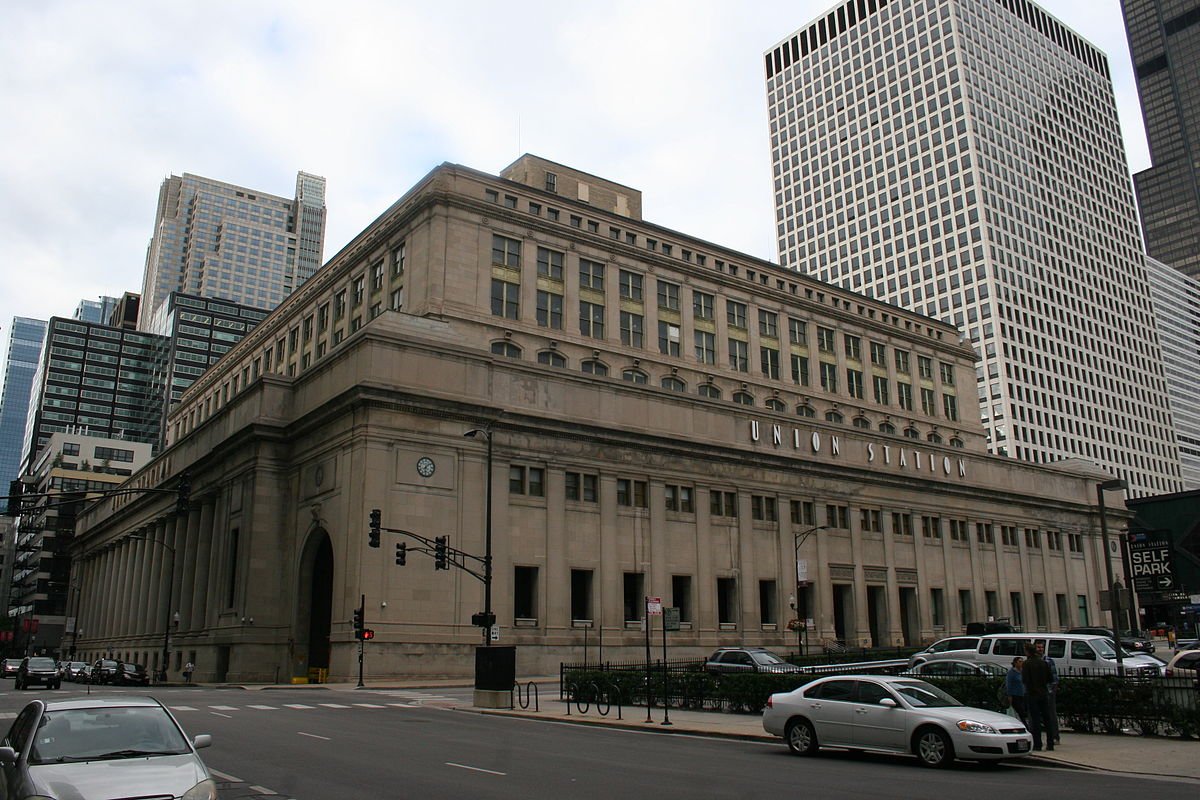 Interior of the Great Hall 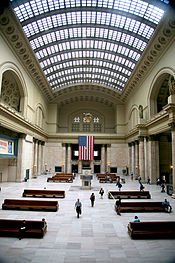 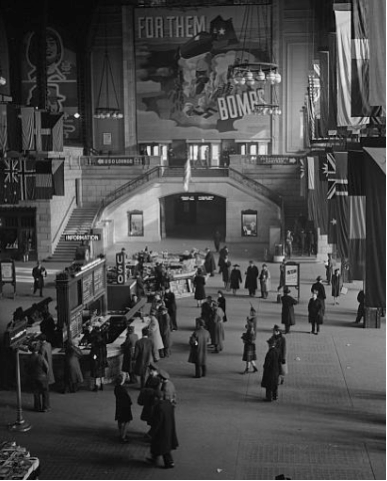 By the turn of the twentieth-century, Chicago was experiencing city-wide growing pains after the economic boom spurred by the Great Fire of 1871. Aiming to provide appropriate direction for designing a new and better functional city, Chicago-based architect Daniel Burnham and the English architect Edward H. Bennett co-authored the Plan of Chicago in 1909. In the plan, Burnham laid out a design for a new train station, through which he intended to consolidate the city’s other train stations in order to open up acres of land for new development. Burnham’s new station would replace the overcrowded 1881 Grand Passenger Station. Realizing the opportunity to transform Chicago into a national rail hub, a consortium of the Pennsylvania Railroad, the Chicago, Burlington, and Quincy Railroad, the Michigan Central Railroad, and the Chicago, Milwaukee, and St. Paul Railway founded the Chicago Union Station Company, or CUSCo, and funded Burnham’s project. Daniel Burnham unfortunately passed away before finalizing his plans for Chicago’s new Beaux-Arts style train station, so CUSCo hired the architectural firm Graham, Anderson, Probst, and White in 1912 to complete the plans and assumed control of the project.

For the next ten years, construction continued on the immense new train station. Consuming an entire city block, tons of Bradford limestone was quarried from Indiana to cover the building’s classically designed exterior. Despite the elaborate exterior, Union Station’s main draw is its Great Hall. Stretching 219 feet lengthwise and 115 feet high, the room is magnificently lit with natural light from the barrel-vaulted skylight that nearly stretches the entire length of the room. During WWII, the skylights were covered up as a means to conceal the station against potential enemy aircraft attacks at night since the station operated 24-hours a day. Aside from the spectacular Great Hall, Union Station is also unique in that it is the only double-sub train station in the nation, which means that the station’s 24 tracks approach from two directions without continuing under or through the station. The double-sub design allowed for easier passenger and luggage transfers and also increased capacity in the station. When Union Station officially opened in May 1925, the total cost of the project reached $75 million dollars, or the equivalent of $1 billion dollars in 2017.

In 1970, Congress created the National Railroad Passenger Corporation, known as Amtrak. By 1984, Amtrak fully owned all of CUSCo and Union Station. Maintaining such a behemoth of a building became an expensive endeavor. In 1991 and 2012, Amtrak completed two multimillion-dollar renovation projects updating or preserving almost every feature of the station. Between the two major renovation projects, Union Station was designated a Chicago Landmark. More recently, Amtrak completed a $22 million-dollar project to restore and protect the immense skylight in the Great Hall, placing a new outer skylight five feet above the original. Today, Chicago Union Station is Amtrak’s fourth busiest station, serving over three million customers per year.