The Elvis Presley Fight Scene Marker was the last place Presley stopped in Madison before his death. Presley was a successful artist who won the hearts of people all over the world because of his fun loving nature and distinctive voice. In 1977, Presley died due to heart failure, affecting the lives of his family and family of followers. Graceland is opened to the public for those who want to pay their respects to the artist.

This is the information that is written on the Elvis Presley Fight Scene Marker. 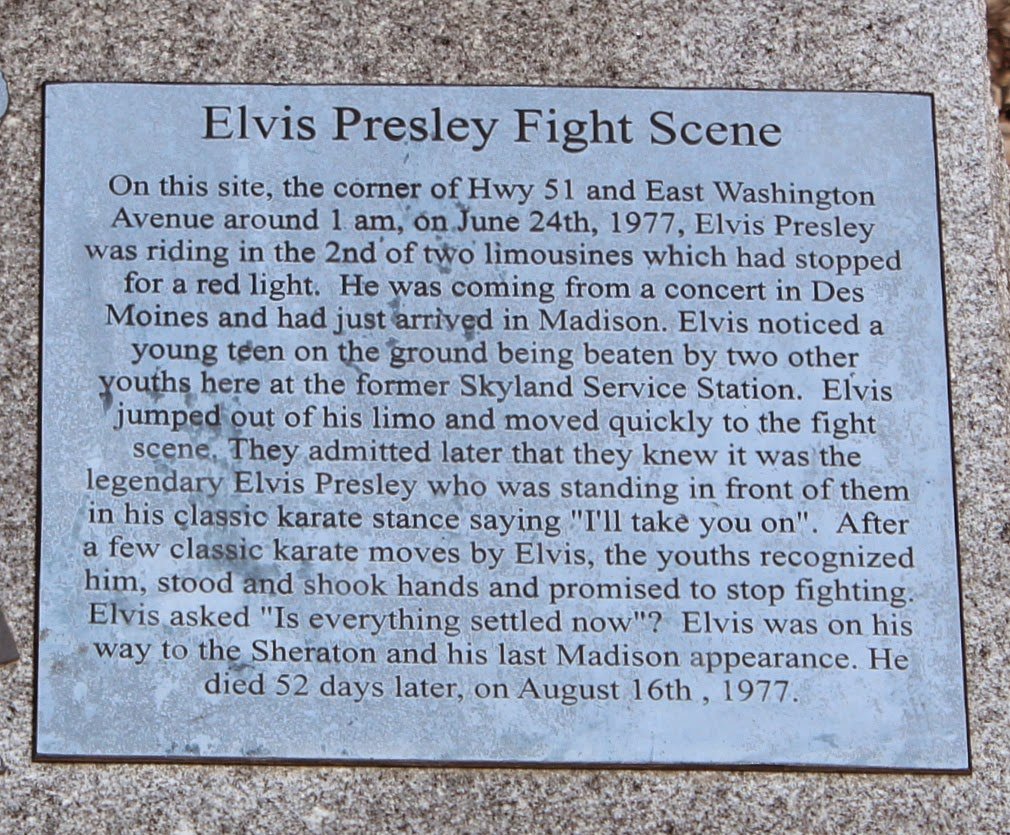 This is a photo of Elvis Presley, during the peak of his career. 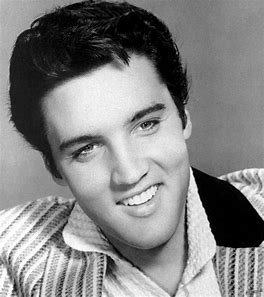 This is the last known photo of Elvis Presley before his death in 1977. 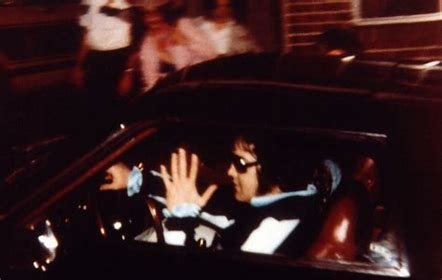 The Elvis Presley Fight Scene Marker marks where the famous Elvis Presley stopped a fight in Madison, Wisconsin. The marker is a small, gray marker in a small flower garden. Presley was stopped at a stop light when he saw two teenagers beating up a third teenager. He jumped out of his limo and showed his classic karate moves to the teenagers, made them work it out, then once everything was sorted out, Presley got back in the limo and rode on to Sheraton. This was his last appearance in Madison.

Elvis Presley was born in Mississippi on January 8, 1935. Presley was a twin, but his twin was stillborn. When Presley was 19 years old, he signed a record deal with Sun Records and within two years, Presley was known all over the world. He was nominated for 13 Grammy Awards, starred in 33 films, and is recognized as one of the most important figures of twentieth-century popular culture. His life came to an end on August 16, 1977, due to heart failure. People from all over the world grieved his death. His funeral was held on August 18, 1977.

Elvis lived and died at Graceland. He bought Graceland for $102,500 on March 25, 1957. A couple referred to as Dr. and Mrs. Thomas Moore built Graceland in 1939. It was named Graceland after Mrs. Moore’s aunt, the original landowner. Graceland was named to the American National Register of Historic Places in 1991. Today, over 600,000 visitors come to visit the home of the King every year to pay their respects to their cherished performer.