This location is the site of Harmony Free Will Baptist Church where it stands after its third relocation and fourth overall main facility. The church was first relocated in 1968 when the US Army Corps of Engineers needed the church to move out of the site of the future East Lynn Lake. They were relocated to a plot of land on Sansom Avenue in Wayne, WV, and remained in this building until 1986 when structural problems prompted a demolition and reconstruction on the same plot of land. Ten years later, the church exceeded maximum occupancy regulations and was expanded before ultimately deciding on this new location for an ever-growing congregation in 1999. Today, the church offers lessons and services for every age group and meets every Sunday and Wednesday. The current pastor, Michael Dillon, has lead the church since the reconstruction of the Sansom Avenue location in 1986. 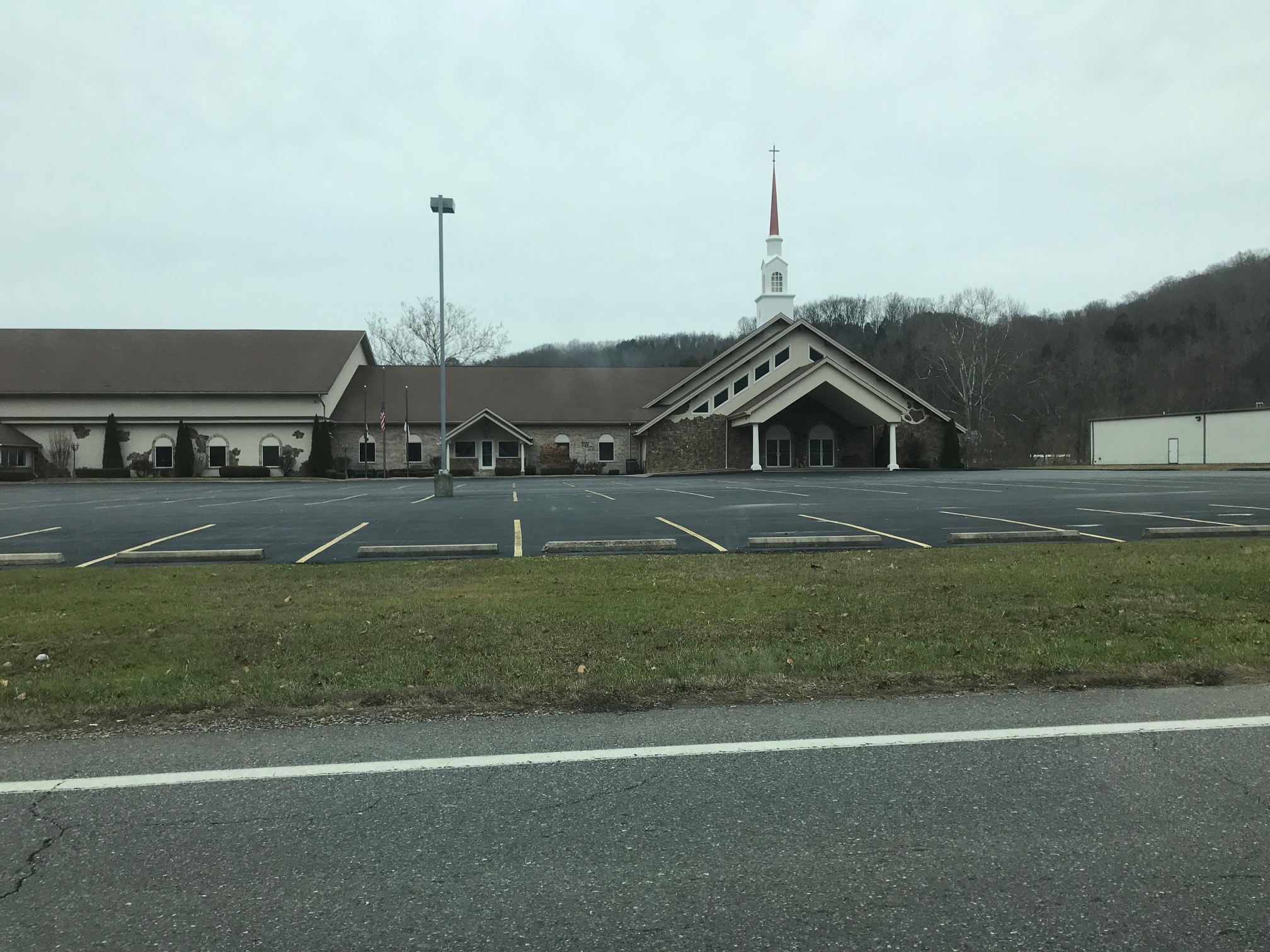 Harmony Free Will Baptist Church is a religious church organization pastored by Michael Dillon and is located just a few miles north of the town of Wayne, WV. The church was founded in 1932 and has since grown to massive lengths, with relocating to two locations and inviting anyone and everyone through the doors two days a week to grow their relationship with the Lord. The current location first underwent construction in 1999 after a vote to move the church for growing attendance in weekly services. From 1999-2011, the church was built in three sections, with the fellowship center being finished first, and the children’s church building and main sanctuary following.

The church was founded in 1932 as Lick Creek Baptist Church in the East Lynn area of Wayne County. Twelve people from churches in the surrounding area came together to form this new church and began their meetings in Lick Creek Elementary, a one-room schoolhouse. Unlike other religions such as Methodists, Episcopalians, Presbyterians, etc, Baptists were thought as runagates due to not having established organizational backgrounds, and thus were only allowed to meet once a month.

In the 1940’s, a couple by the name of Kirk and Vicie Ross donated land to the congregation to build a new one-room church building. The church would remain in this location until 1968 when the US Army Corps of Engineers purchased land which they intended to flood and create the site that East Lynn Lake is located on today. The church then moved into a new building located on Sansom Avenue in the stretch of the town of Wayne known as Newtown. The church remained in this new location until 1986. The church had no intention to build a new building, but due to structural problems in the current building, the building was rebuilt and the same year, Michael Dillon became pastor of the church and has been ever since.

The church continued to have services in this location through the late ‘80s and early ‘90s.  In 1996, the sanctuary was renovated in order to fill more places for parishioners after the maximum occupancy regulation was filled.  After a few more years, the leaders of the church came together and voted to build a new location. In 1999, land was purchased in between the Wayne Nursing Home and Save-A-Lot grocery store and the fourth reconstruction of a facility began. The fellowship center, facing north, was built and completed first, along with the addition of a children’s church facility in the middle and the main sanctuary constructed last, which faces south. In June 2011, the church moved locations for the third time and has stayed here ever since. The church currently has 150 members and averages around 200 guests for attendance on Sunday mornings.