Designed and coordinated by the Congress of Racial Equality (or CORE) and the Student Nonviolent Coordinating Committee (or SNCC) the Freedom Rides were an alternative demonstration to the Jim Crow laws that plagued the South in the 1960s. Following the several court cases that deemed it unlawful to be segregated during interstate travel, CORE and the SNCC set out to test the waters. 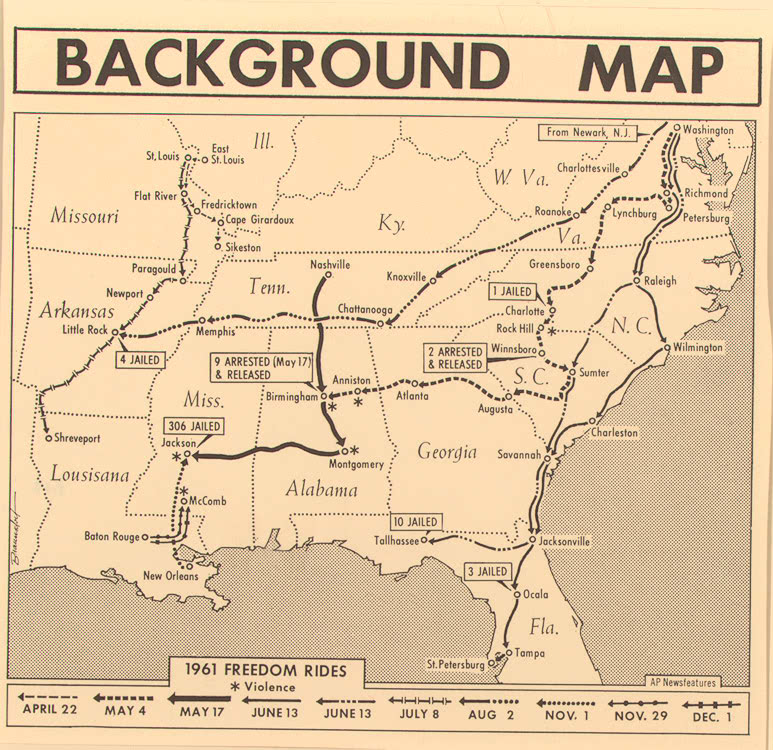 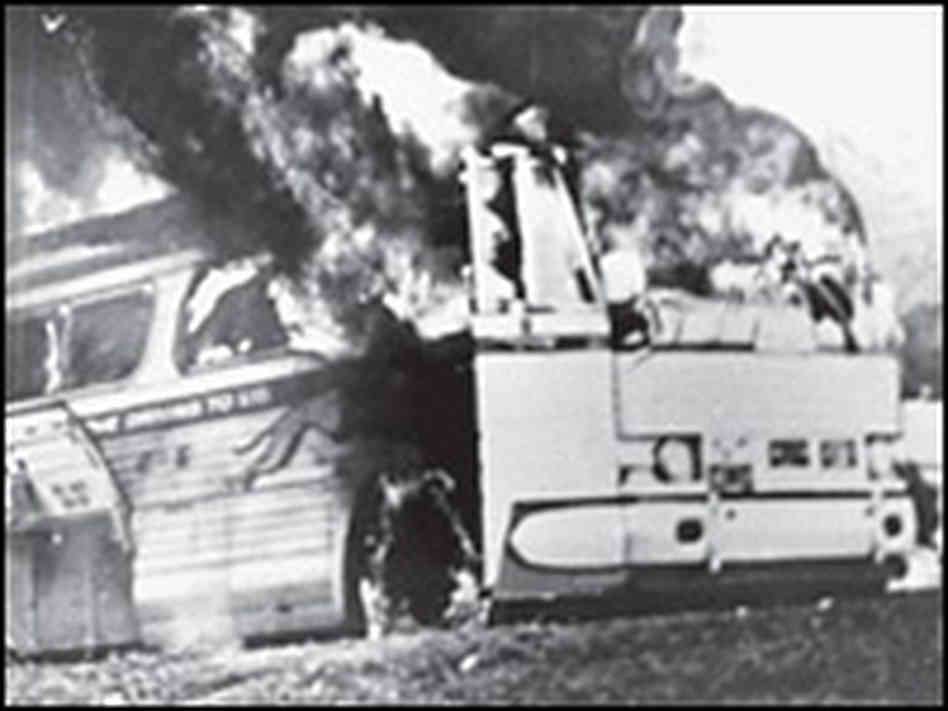 After the Greensboro Sit-Ins, in which four college students sat in on a lunch bar in Greensboro requesting service and were denied, the Student Nonviolent Coordinating Committee began to turn its wheels into coming up with ideas on how to take the social injustices that he African American community was facing in the South public. By continuing sit-ins and organizing groups to help promote the cause, there was a need to make the injustices on a grander scale; a way that people in even the smallest towns could be shown that they were affected. This was the birth of the Freedom Rides.

The Freedom Rides had a rocky start in the late 1940s but the court case of Morgan vs. the Commonwealth of Virginia (the Court decided that it was segregation was illegal during interstate travel) gave CORE the courage it needed if it wanted to take such a trip. However, when their efforts for the first Freedom Ride was thwarted by white Southerners, the demonstration was put on pause. A few years later, in 1961, the idea to attempt the Rides once more became relevant. The Boynton vs. Virginia case once again put a little more power behind the case by restating the segregation on the interstates was unlawful. With the presence of both white and Black supporters on the ride, the Greyhound and Trailway buses left Washington DC and headed for New Orleans on May 4, 1961.

Along the way, the buses encountered minimal resistance in Virginia and North Carolina. However, once they made their way into the Deep South, things began to change. In South Carolina, a few of the Black riders were met with white racists and violence as they tried to use a “whites only” restroom. Georgia proved to be less violent and the Riders safely passed on through. On May 14, 1961, in Anniston, Alabama, the aggression grew worse as the Greyhound bus in which the Riders had been traveling had been vandalized by rock throwers and the tires had been slashed. Just as the bus struggled its way to the outskirts of town, white supremacists lit the bus on fire. The Trailway bus also was faced with violence as the bus and its passengers were beat with baseball bats in Anniston. In Montgomery, the buses were met with even harsher treatment when they were face to face with an angry mob with baseball bats and iron bludgeons. The news spread about these awful attacks and the group continued to Mississippi. While in Jackson, Mississippi the passengers were arrested on the grounds of breaking the peace ordinance, they were fined $200 apiece. However, the group refused to pay the fine and they were all sentenced to 90 days in jail.

The cruel attacks on the passengers made the Attorney General, Robert Kennedy pass the law that made segregation on the interstate illegal (although the previous court cases were ignored by many people in the south) and inflicted fines and other punishment if ignored again. The buses and its passengers officially never made it to New Orleans but their legacy did. The courage and the resilience of the group showed the nation that Blacks and whites could live and work together functionally.