Ebenezer Carter, Farmer 1797-1860 Carter has many stories about his work with the UGRR. His farm became the popular station on the UGRR receiving runaways from Jerseyville and elsewhere. Figure 23. Undated photo of William Chauncey Carter. From his farm the fugitives moved to other stations within Jacksonville or transported by Benjamin Henderson to Farmington or Springfield. One of the more well-known stories took place in February of 1843 when his son, William Chauncey had to cover for his father while he was transporting a runaway girl. A band of Southern sympathizers was looking for this slave girl and they thought she ran to Carter's farm. Chauncey was home and was questioned by the group. They asked where Ebenezer was and if the runaway girl was hiding at the farm. With a warrant in hand they search the house found nothing and cursed out Chauncey as they left. Chauncey had another brush with a slave masters when he went to St. Louis to testify on the behalf of a young slave because his father Ebenezer was unable to make it. Chauncey met a man with a shotgun and was told to go back home, which he did. (Eames, 141) Another story took place on a cold February night in 1844. Chauncey Carter rode his horse on the old railroad track [Northern Cross Railroad] one and half miles east of Jacksonville. With him was a runaway from St. Louis . The slave hunters were after him for a week in Jacksonville, but could not find him. This man's master wanted to sell him for $750.00 when he ran away. An additional story was when Ebenezer Carter in 1853 helped a large party of runaways while the "Southerns" were looking for them. The fugitives were brought to Carter's barn. The band was made up of men, women, children and a baby. In the end the group of fugitives made it out of Jacksonville. Ebenezer Carter passed on to his son William Chauncey what it means to be an abolitionists. The father and son team both made sacrifices for others to have lives of their own, as free people. 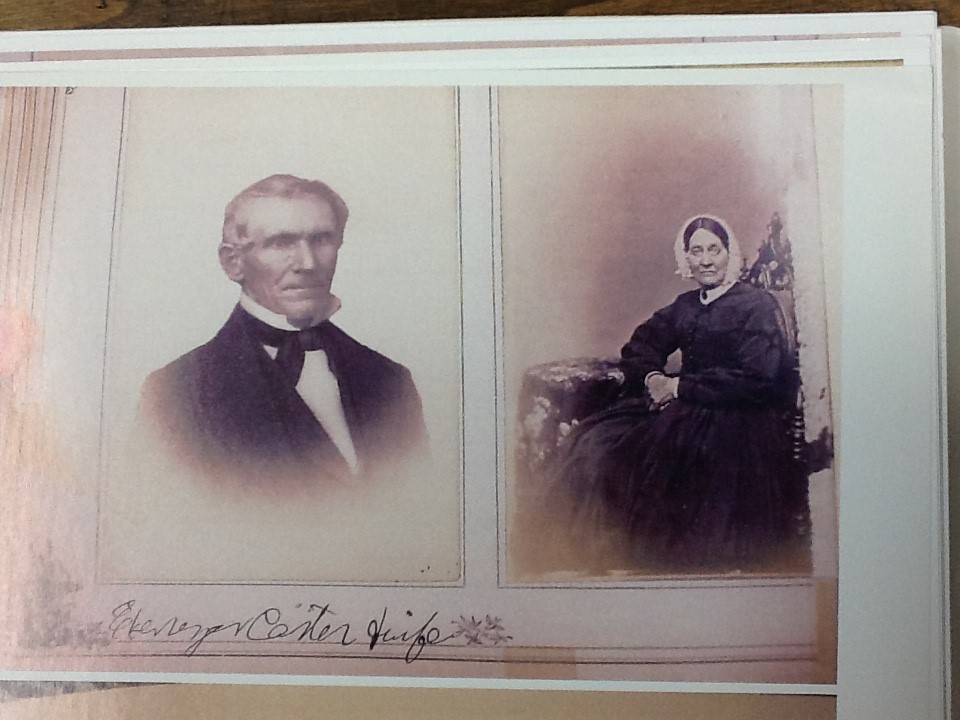 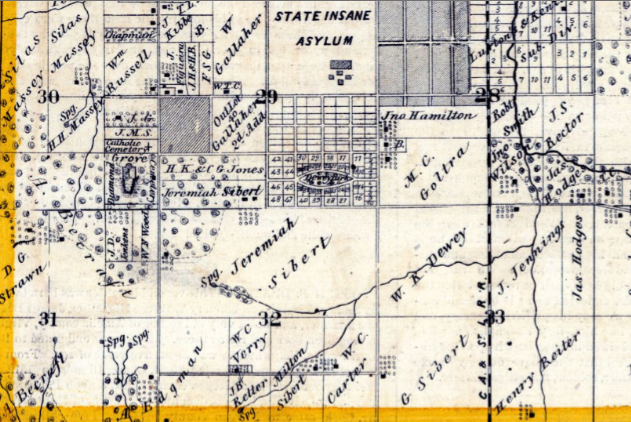 The father and son team of Ebenezer and William “Chauncey” Carter worked well together helping runaways with Benjamin Henderson. Ebenezer Carter was very faithful in the anti-slavery movement. His farm was used as a station by the local abolitionists, became a founding member of the Congregational Church in 1833, and was part of the Jacksonville representatives of the 1837 convention of the Illinois Anti-Slavery Society in Alton. Ebenezer came to Jacksonville in 1830 at the age of 33 with his wife Eliza and three children.  When he came to Morgan County, he farmer 80 acres of land by 1835, south of Jacksonville (T15N-R10W, sec 32). By 1850 his adult son William Chauncey, age 30, his wife Julia, age 24, and  son Samuel was farming with Ebenezer. The Carter’s took in two orphans, 6 year old D. Spannholder and 13 year old  D. Rodrigues. Soon after Ebenezer died on May 25, 1860, Eliza may have taken in borders, single mother, Mary Woodward, age 36 and her two daughters, Emma and Mary lived at the Carter farm.