The effort to build this statue originated with donations made by formerly enslaved persons, many of whom wished to create a grand monument honoring the role of African American soldiers in ending slavery. Other donors wished to create a monument that focussed on Lincoln's decision to draft the Emancipation Proclamation and his reluctant journey from seeing the war as one to preserve the Union to one of ending slavery. The monument that was dedicated on April 14, 1876, betrayed both intentions. A controversial design both today and at the time it was created, the statue emphasizes deference to Lincoln "The Great Emancipator." Despite the intent of African Americans who funded the statue, the design that was eventually selected appears to suggest that Lincoln's actions alone led to the freedom of former slaves. The original design, which would have featured multiple statues of African Americans pursuing their own freedom in the antebellum period and throughout the Civil War, was prohibitively expensive. After the effort to create that monument stalled, the funds raised by African Americans under the leadership of John Mercer Langston were appropriated by a committee who were leading their own efforts to create a monument to honor Lincoln.

From the perspective of many historians, the statue's design fails to accurately reflect the nature of emancipation during the Civil War by portraying freedom as something that was "given" to former slaves by Executive action. 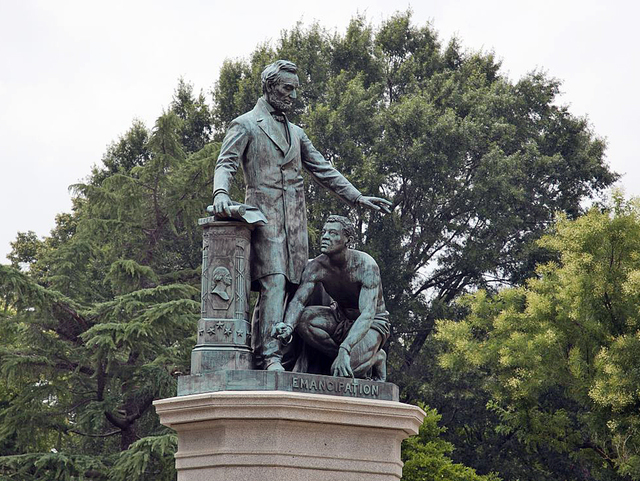 Henry Highland Garnet announces the campaign to build a monument to Lincoln, The Elevator, August 11, 1865.

Sculptor Harriet Hosmer's design was based on the intent of African American donors. It placed Lincoln at the center surrounded by African Americans who challenged slavery. 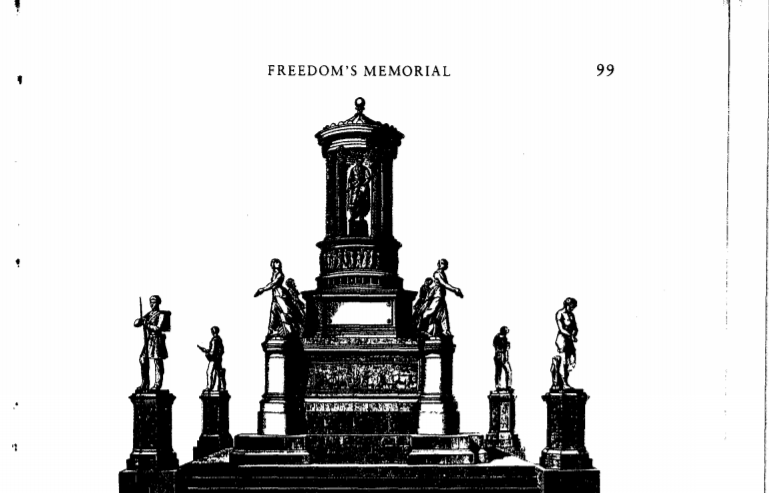 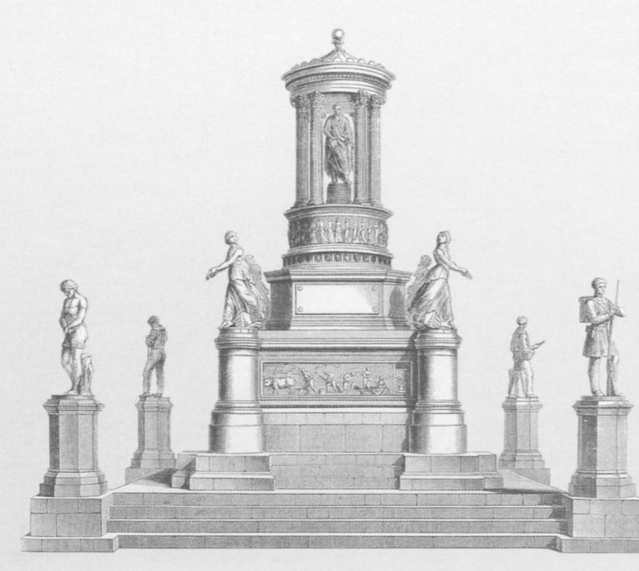 Owing to the costs of this more elaborate monument, and the fact that a statue featuring escaping slaves and Black soldiers would have likely angered white Southerners, the organizers settled upon this design which features Archer Alexander, the last person captured under the Fugitive Slave Act, kneeling before the former President as his chains are broken. 25,000 people attended the dedication ceremony which featured remarks by Frederick Douglass. Among the crowd were members of Congress, former slaves, and President Ulysses S. Grant.

Frederick Douglass delivered the dedication speech which celebrated both Lincoln and the advances made by African Americans since the Civil War. His speech had only mild criticism for the design, which “showed the Negro on his knee when a more manly attitude would have been indicative of freedom.” African Americans such as Henry Highland Garnet who began the movement to raise funds for the monument hoped to place Lincoln and the end of slavery within an interpretive monument that included sculptures of African Americans resisting enslavement through military service and other means. Harriet Hosmer, a sculptor of great fame at that period, suggested that the figure of the slave should be clutching a rifle.

Freeman Henry Morris Murray. Emancipation and the Freed in American Sculpture: A Study in Interpretation, 1916. UMI Books on Demand on Google Books, Accessed 6/15/20.