The Ladies Library Association Building was the first building erected as a women's club in the United States, as well as the country's first structure owned by a women's organization. The association started in 1840s as a sewing club that also functioned as a book club. The group before formally incorporated in 1852, and then moved into its permanent home in the now historic building in 1879. The LLA founded Kalamazoo's first art club, music club, and lending library. Additionally, the group engaged in activism, notably women's suffrage, and arranged educational seminars, lectures, and workshops geared toward enriching the lives of women in Kalamazoo. The organization continues to operate in the same building. 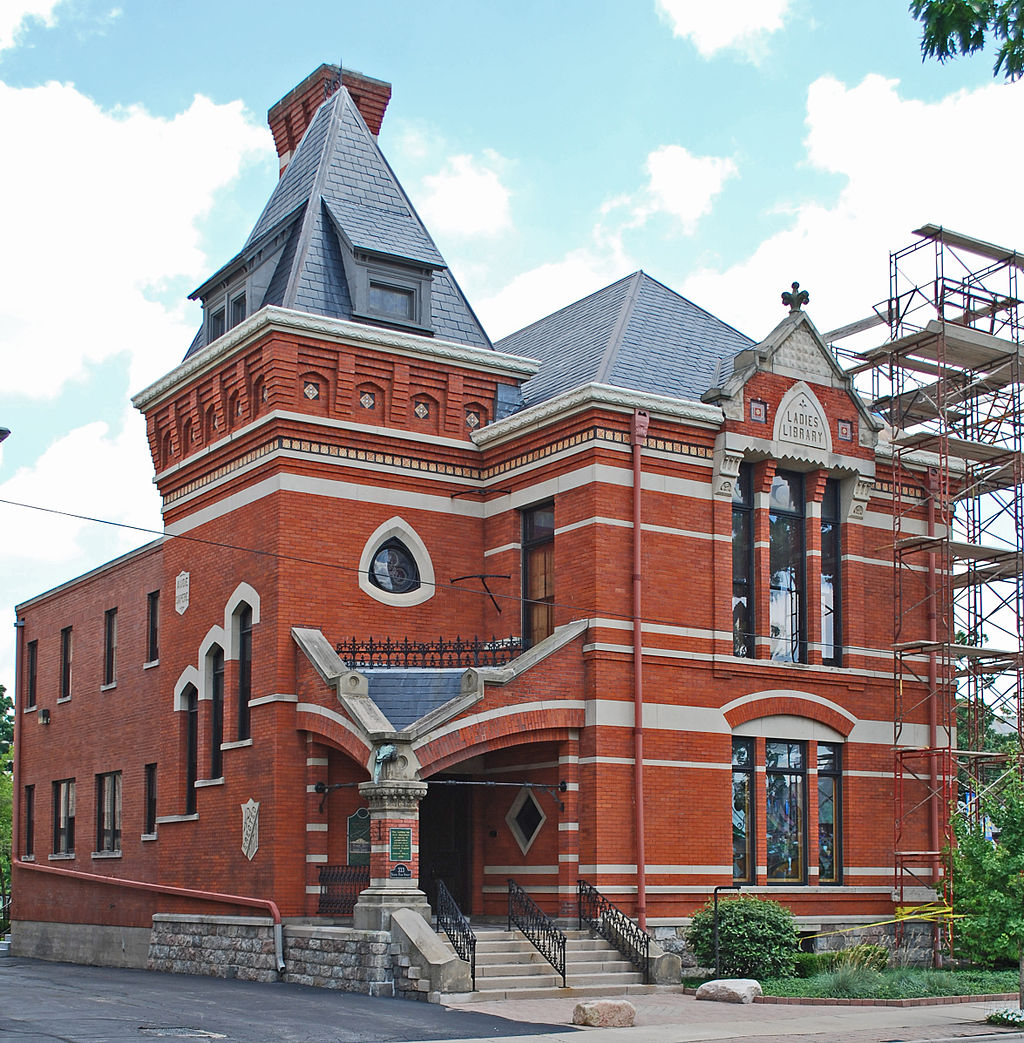 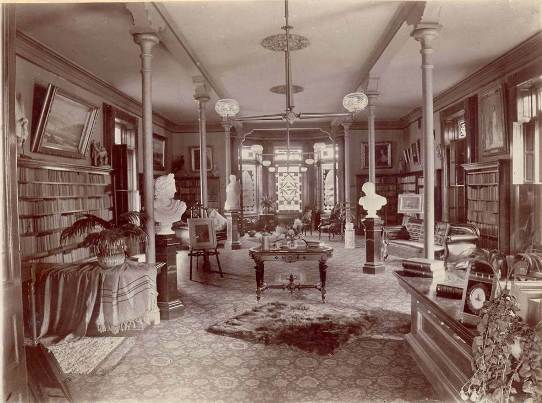 In 1844, when Kalamazoo existed as a growing frontier town,  three women formed a sewing group that ostensibly functioned as a book club, albeit somewhat secretly because it occurred during a period when education for women was not widely approved. Indeed, a third of American white women in the 1840s remained illiterate. At the group, one woman read aloud while the others worked on their sewing. From those humble beginnings grew the Kalamazoo Ladies Library Association (1852), Michigan's first (and nation's third) organized woman's club; they moved into the historic building in 1879 and remained active in social and political affairs for decades, including pushing to advance women's rights.
Early members, many of whom migrated to Michigan from New England -- one of the most educated regions in the U.S. at the time -- held meetings in various places in Kalamazoo between 1852 and 1879.  The dedication to education and literacy afforded women an opportunity to get involved in social and political affairs.
As the town grew, so did women's participation in the group so that by the 1870s the women sought a permanent building. Ruth Webster, who worked as the organization's treasurer for twenty-four years and as a library for fifteen years, provided the lot.  Chicago architect H. L. Gay designed the building in a Venetian Gothic style noted for its colorful exterior due to the patterns of brick and tile and stone.  Fred Bush a local builder, managed the construction of the project and when the building was completed in 1879 (and paid in full by 1883), it was the nation's first building erected as a woman's club. Stained glass windows are prevalent in the building, including one dedicated to the aforementioned Webster, who had donated the land and served the organization for years.
Over the years, the Ladies Libraries Association (hereafter, LLA) founded Kalamazoo's first art club and music club, worked towards promoting proper hygiene and impressively amassed a substantial collection of books -- 3,000 in eight years -- that allowed them to form the city's first lending library.  The LLA also organized educational seminars, lectures, and workshops for the community,  usually geared toward enriching the lives of women in Kalamazoo.  Additionally, the LLA organization promoted activism and worked towards gaining the right to vote for women, as well as supported working women by advocating the creation of day nurseries to aid working mothers.
The LLA continues to operate today out of the building.  A 2013 restoration project led to the organization winning the State History Award in Historic Restoration, given to the LLA in 2015.