In 1910, Carpenter's Bluff Bridge was built to link Grayson county, Texas, and Bryan county, Oklahoma. An iron truss bridge combined with reinforcements, the bridge was designed to withstand historic flooding in the area.

This photo shows the reason the wooden walkway was closed years ago. Its now many missing wooden planks create a major safety hazard to visitors. 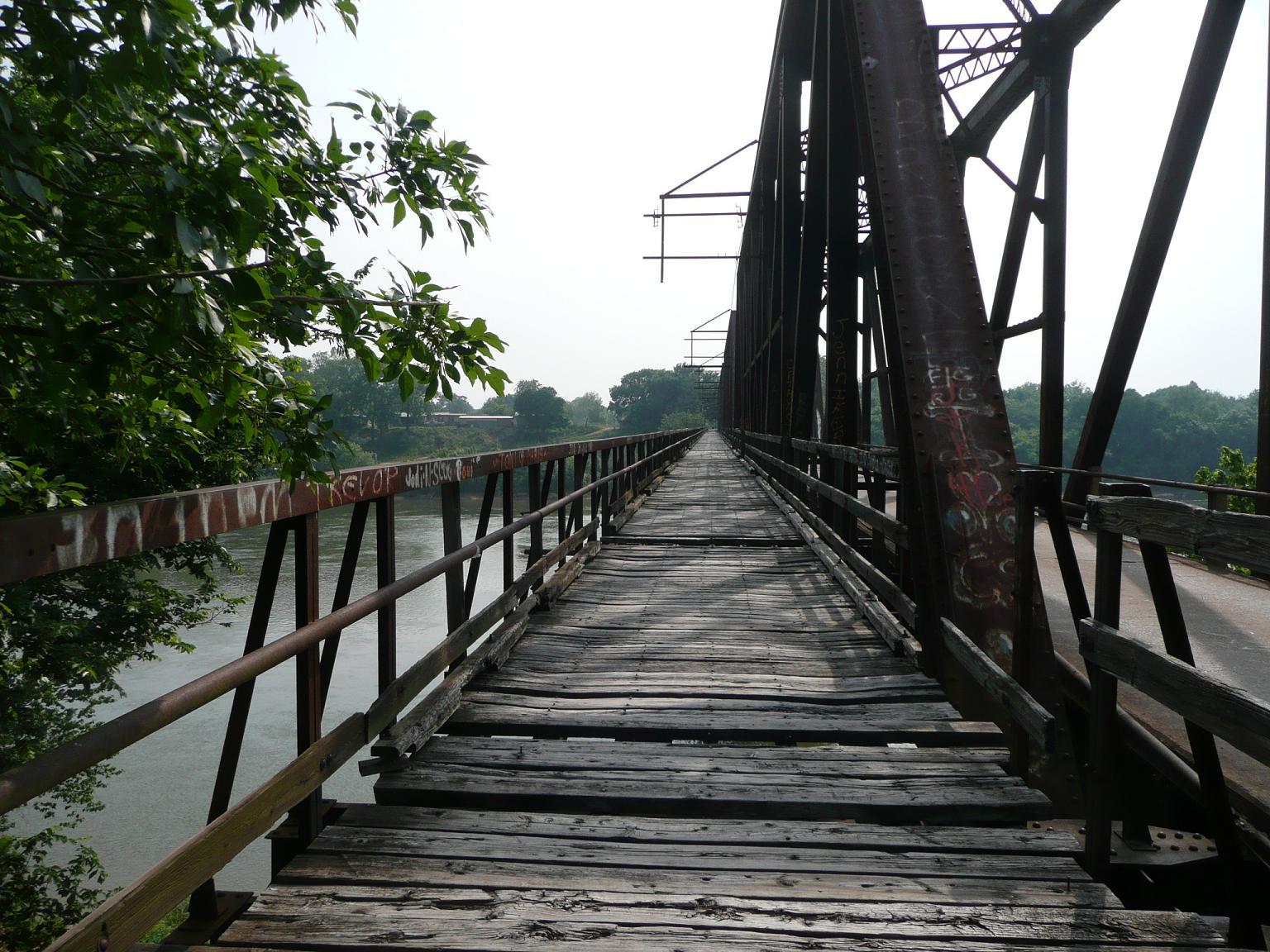 The reason for its flood-proof design becomes quickly apparent when viewing the bridge from above, it sits not far from a major river roughly two hundred feet across. 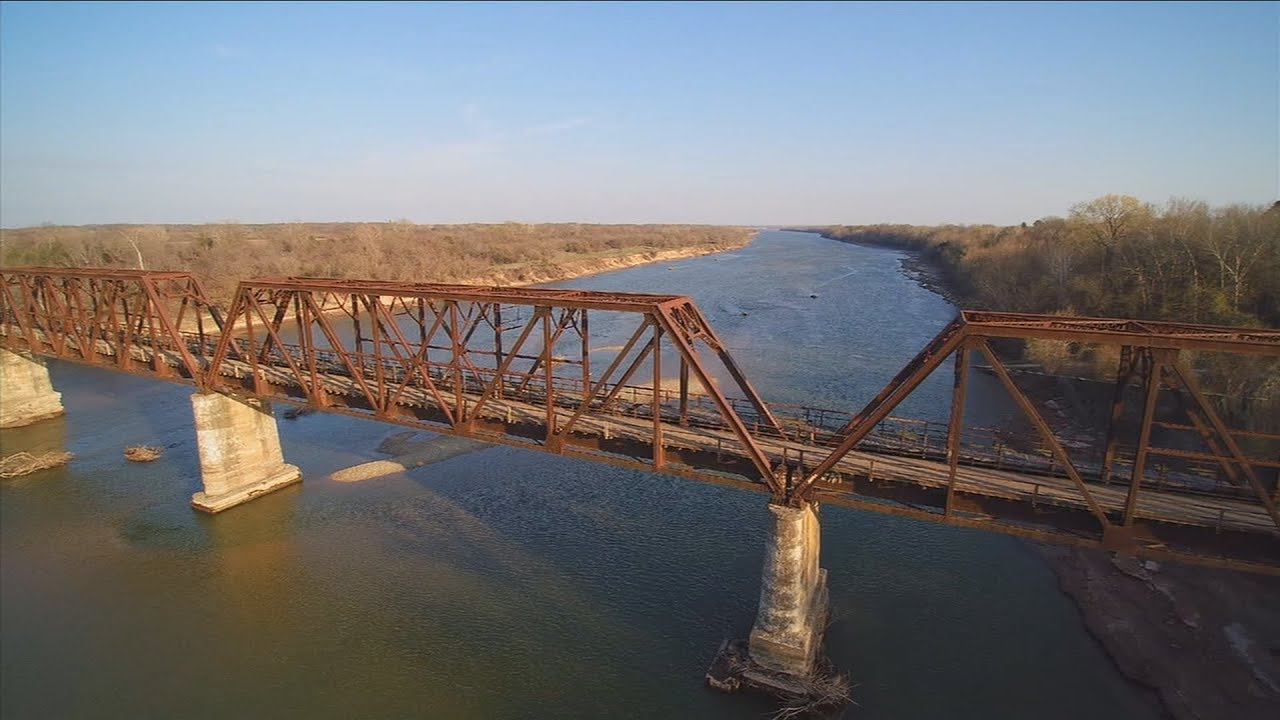 This Texas Historical commisions marker provides details of the bridge and can be found at the site. 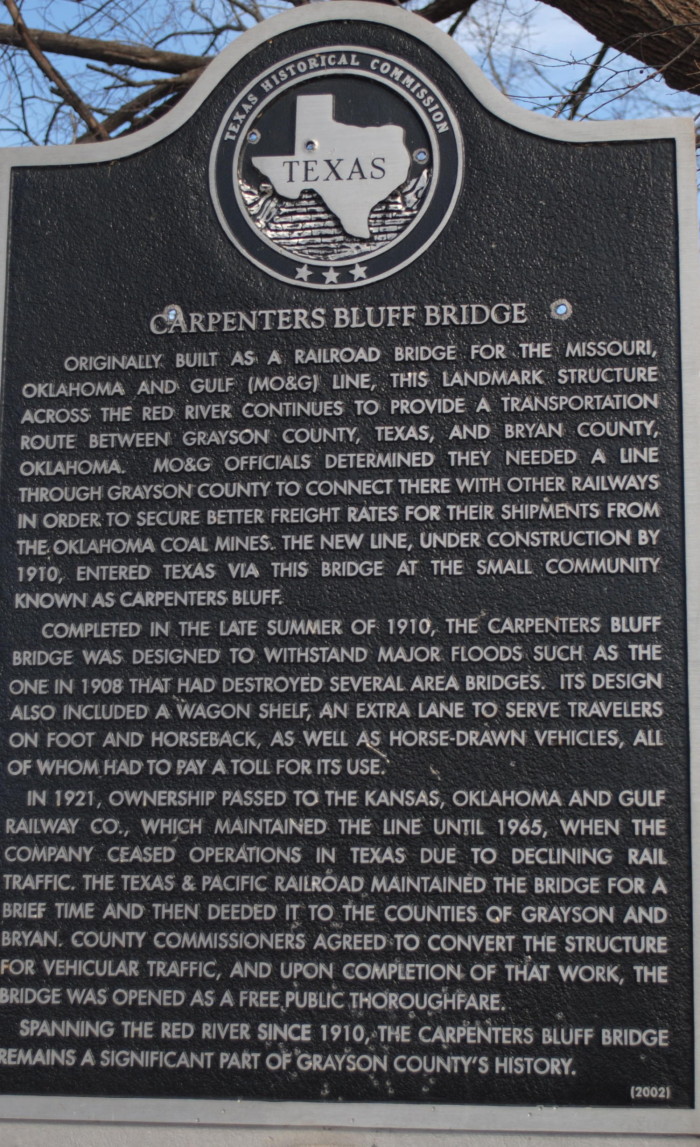 The town of Carpenter’s Bluff was founded in 1860, named after a local ferry operator who carried people across the river dividing Texas and Oklahoma. Shortly after the Civil War, many people from different walks of life moved into the town. Some new residents were less than savory, and for a time the town became known as Thiefneck. Eventually, the other townspeople joined together in an effort to get rid of these criminals and outlaws and the nickname became forgotten.

In 1910, a bridge was constructed at Carpenter’s Bluff, linking Grayson county in Texas with Bryan county in Oklahoma. It was specifically engineered in order to prevent its destruction from floods common among the Red River. Two years prior to the bridge’s completion, a major flood wiped out many of the other major bridges in the area. When the bridge was originally built, an extra wooden toll lane was added in order to accommodate foot traffic, horse drawn carriages, and horse riders.

The bridge was originally built for the MO&G Railroad (also known as the Missouri Oklahoma and Gulf Line). The officials of MO&G came together and planned to build a line through the county to connect to the others in order to provide more competitive rates from coal mines in Oklahoma.

In the year 1921, ownership passed from the MO&G Line to the Kansas, Oklahoma, and Gulf Railway company, which maintained the bridge up until the year 1965. However, due to a decline in railway traffic, the bridge changed ownership again when the Texas and Pacific Railroad took ownership. After a short time, the railroad deeded the bridge to the counties of Grayson and Bryan. County officials convened and decided to convert the bridge into a road for automobile traffic, at which point the bridge became available for passage without the cost of paying a toll.

Visitors are still able to walk down the concrete foundation under the iron arches, although the wooden side bridge is now completely closed, and the bridge itself is closed to anything other than foot traffic.