St. Mary’s Church is the only Romanesque style church in Dayton. Originally located on the corner of Xenia Avenue and Allen Street, St. Mary’s was established in 1859. The church intended to serve the many Irish and German immigrants who moved to the area before the turn of the century. After outgrowing its first home, St. Mary’s moved to the other side of the block in 1905. Despite downsizing as Dayton’s population decreased, St. Mary’s Church still operates today. 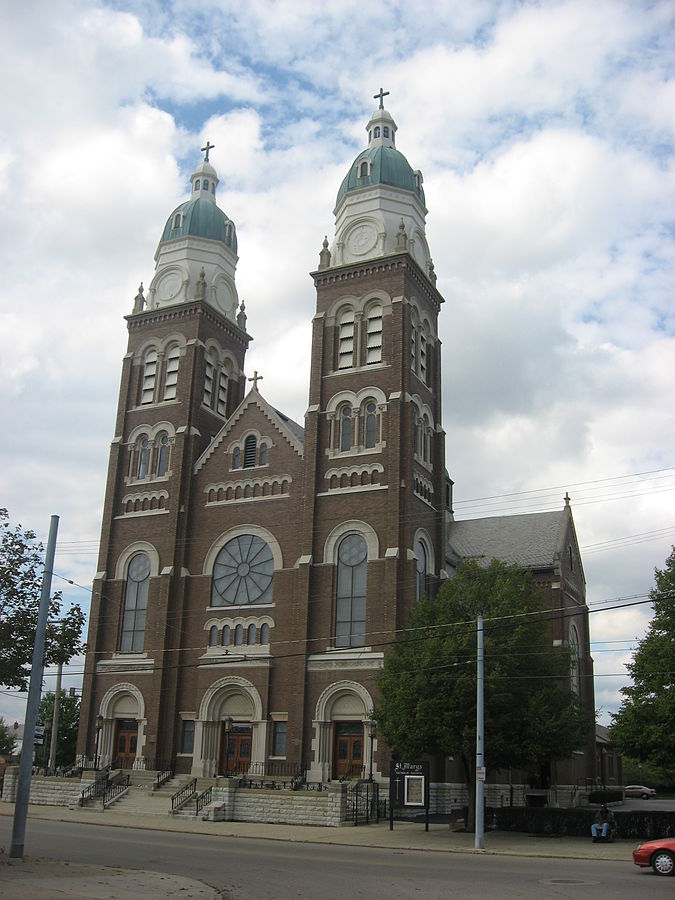 As the population of Dayton grew in the mid-nineteenth century, the need for a new Catholic church arose. So, in 1859, St. Mary Church was constructed on land donated by Allen McClure. It was dedicated one year later. In the 1870s, a school and a rectory were added to the property. The school later closed in 1971. After outgrowing their church, the congregation moved into a new, Romanesque style church in 1905.

Ten years later, World War I began. After the U.S. joined in 1917, attendance at the church decreased as men and women went to war. Despite this, St. Mary’s established a high school in 1917 that operated until 1926. Once the war ended, Dayton and St. Mary’s began to flourish again. In 1920, the Austin organ was installed, and the church was redecorated with new paintings and marble work. St. Mary’s also expanded its grammar school, lending library, and informational classes for non-Catholics in the 1920s.

The population of Dayton dwindled in the latter half of the twentieth century, and those who came to the area were often non-Catholic. The parish watched as the congregation lessened and local residences were torn down and replaced with U.S. 35. In the 1970s, the church decided to keep up with new updates in Catholicism: A new altar added in 1974 allowed the priest to face the members of the church. Nine years later, St. Mary’s was added to the National Register of Historic Places. In the 1990s, the organ and stained-glass windows (which depict the life of Mary) were refurbished.