Robbins Reef Lighthouse, also known as Kate’s Light, was first lit in 1839. The lighthouse is most noteworthy for one keeper, Katherine Walker, who was the origin of the lighthouse’s nickname. Walker diligently tended the light from her husband’s death in 1890 to her retirement in 1919, and was credited with saving many sailors who crashed their ships on the reef. 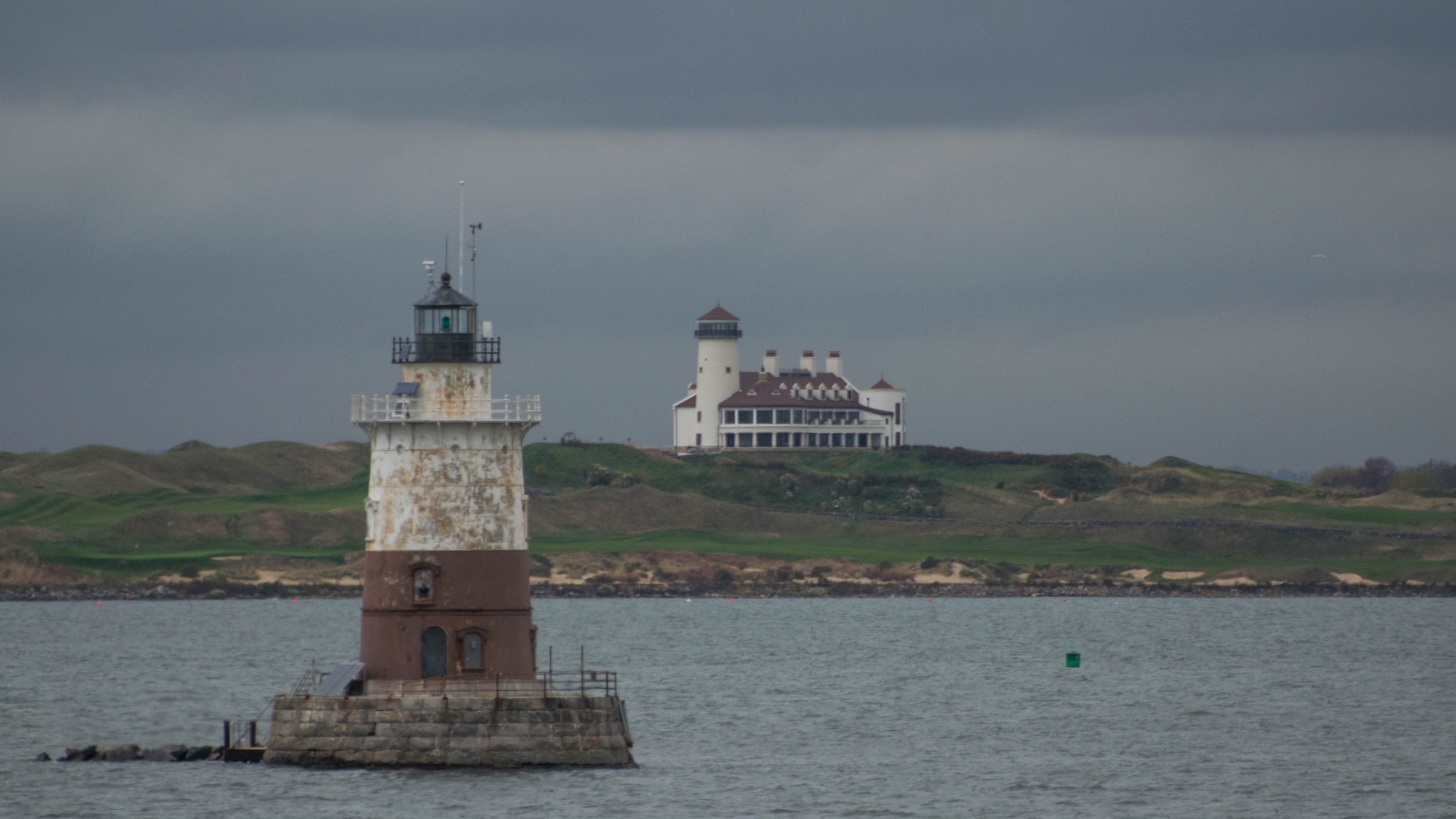 When her husband succumbed to pneumonia in 1890, Katherine Walker, a German immigrant, applied for her husband’s previous post, head lighthouse keeper at Robbins Reef. For three years, she tended the light on a temporary basis, the Lighthouse District having decided that a woman should not be the keeper. However, multiple men turned down the position due to Robbins Reef’s isolated location nearly a mile from Staten Island, the closest landmass. Eventually, the position was given to her officially, and it was reported in 1903 that she was the only female lighthouse keeper in the world.

Her duties were the same as any lighthouse keeper, but she was lauded as an excellent keeper. According to an article published in 1904, “Not one night since her husband died has she failed to look after the lamps personally,” a sentiment which is echoed by authors Mary and J Clifford, saying, “[after her husband’s death] she was back on the job before the day ended.”

In addition, she was commended for having saved upwards of fifty sailors’ lives, by rowing out to their sinking ships in her skiff when storms blew the vessels onto the reef on which the lighthouse was constructed. For example, a storm grounded and capsized a schooner on the reef, and Kate pulled five sailors and the ship’s dog out of the water and delivered them to safety. On a separate occasion, she rescued a young couple after the current in the bay dashed their rowboat against the reef. Unable to return home that evening due to the unfortunate happenstance, and the young woman fearing for her honor, the two returned to Staten Island and wed that night.

The sources frequently commented on the ironic isolation of the lighthouse despite its location in the harbor of a world-class city. The lighthouse was located on a tiny outcropping of rock from the reef, a mile from Staten Island, and accessible only by rowboat. Even that line of communication could be severed during the icy winter months. The only other contact with the outside world came from shipwrecked sailors, lighthouse tending ships delivering supplies, and the occasional inspector. Her children, Jacob and Mamie were often absent as well, since Mamie attended boarding school and Jacob lived onshore after his marriage, though he still assisted her in her duties until her retirement. Still, Kate told the Philadelphia Ledger in 1925, “Lonely? Of course, but there are worse things than loneliness.”

As could be expected given the attitude towards women at the time, she was commended for being a marvelous lighthouse keeper, but was also expected to keep her abode clean and tidy, and was praised for doing this work beyond her functional duties as a reputable keeper. An inspector noted in 1850, during a male lighthouse keeper’s tenure at Robbin’s Reef, that “This establishment is quite different in its internal appearance to what it was when it was occupied by the former keeper and his wife; it takes the women to arrange things and keep them so,” while the Youth Companion noted in 1904 that “Her [Kate’s] lighthouse has the reputation of being the cleanest and best kept of any in the third district.” These quotes demonstrate the added expectation of society that since Walker was a woman, she was expected to take on household chores as well as the keeper’s regular duties. Despite this rather gendered expectation of service, the sailors adopted Kate Walker and her lighthouse as a beloved and enduring symbol of the salvation and hope that lighthouses offer to seafarers, evidenced in the moniker they gave her station: Katy’s Light.