The Bennington Triangle is a term used to describe the area surrounding Glastenbury (or Green) Mountain in Vermont, where 6 people disappeared between 1945 and 1951. According to Weird New Jersey, the term was first used in a 1992 radio interview where Joseph Citro was describing the most notable event in the area. These disappearances are the most famous events; however, the area is also known for several other urban legends. These include the Abenaki legend of a man-eating rock, the Bennington Monster and the disappearance of Henry McDowell, a murderer who escaped from an insane asylum in 1892. 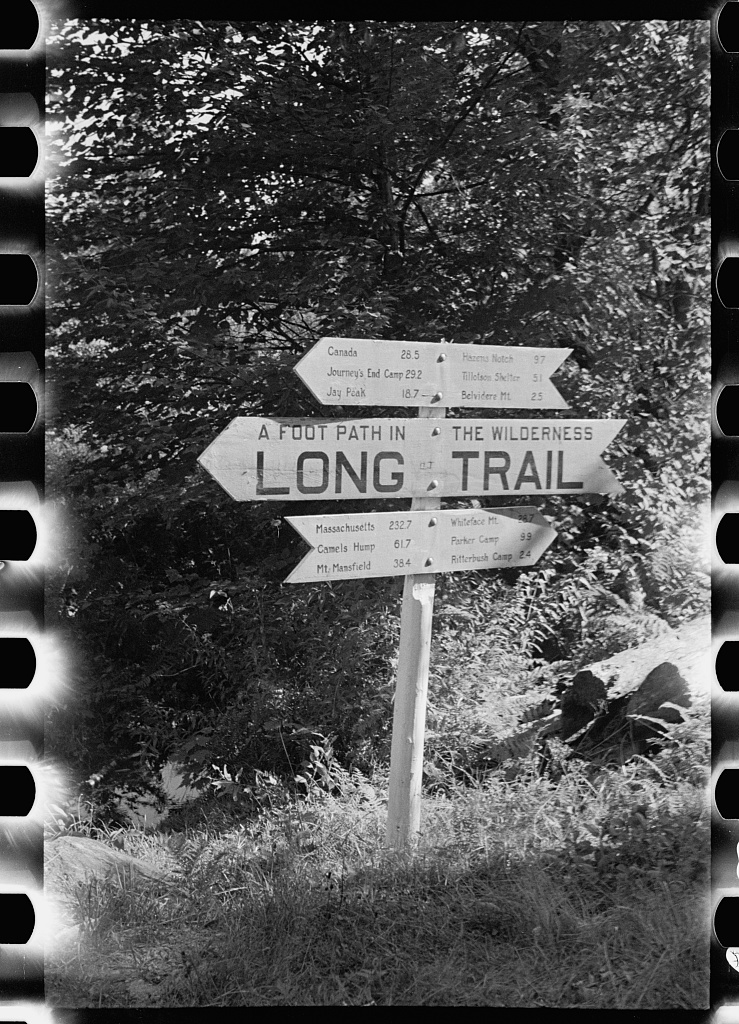 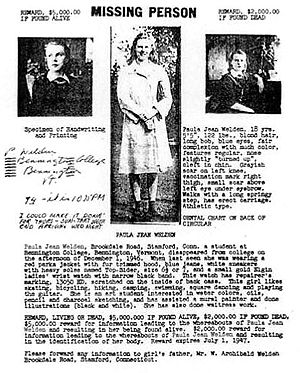 Between 1945 and 1951, six people disappeared from the area later termed the Bennington Triangle, an area around Glastenbury Mountain in Vermont. Despite massive search efforts involved in each case, there have been no clues as to what caused the disappearances and only one body has ever been found. This rash of unsolved disappearances accompanied by other mysterious events in the area have been the cause of much speculation over the years.

The first disappearance occurred on November 12, 1945. Middie Rivers was a local hunter who was guiding several people on hunting trip in the mountains before the group lost site of him. This was followed by the disappearance of a Bennington College sophomore, Paula Welden, who went for a hike on Long Trail in December 1946. There Hundreds of people, including the FBI, searched the area but were unable to locate her. In December 1949, Jim Tedford was reported as getting on a bus to Bennington, Vermont but disappeared before the bus reached the station. On Columbus Day, 1950, eight-year-old, Paul Jepsen went missing from in his mother’s truck while she was relocating some pigs in North Bennington. In October of the same year, Frieda Langer was hiking in the area, when she fell in a river and told her companions that she was returning to camp. However, after she failed to return to the campsite, she was reported missing. Langer’s remains were found a year later, however, they were too decayed to determine the cause of death. Finally, a few weeks after the Langer’s disappearance, Frances Christman also went missing on her way to visit a friend in the area.

These disappearances were not the first mysterious occurrence to happen in the area. The Abenaki tribe that lived in the area stated that the Glastenbury mountain was cursed, either because of the types of crosswinds that affected the mountain or because of the presence of an enchanted stone that swallowed anyone who stepped on it. A stagecoach driver in the early nineteenth century described an incident where a large creature attacked his stagecoach during a storm while he was carrying passengers around Glastenbury Mountain. This monster was later called the Glastenbury Monster and was spotted in 2003 by a hunter named Ray Dufresne. In 1892, a man named Henry McDowell went mad and bludgeoned a fellow mill worker to death in the town of Fayville, which is located within the Bennington Triangle. McDowell was taken to an insane asylum, however he escaped and subsequently disappeared into the mountains.

While the paranormal explanations of these events are up for debate, the events themselves are a part of the history of the area. Urban legends and folklore help to show the culture of the area itself. The disappearances and other strange occurrences in the area are still being discussed today so documenting the location of these events is important to aid in these discussions and encourage people to explore the area.